The Foreign Affairs Minister says the sudden resignation of Edwin Poots is a "shock to politics" in the North, and a snap election would be "the last thing Northern Ireland needs" right now.

Mr Poots' shock resignation came last night, just 20 days after he was elected DUP leader and mere hours after a deal was reached to form a new Stormont Executive.

DUP MPs and MLAs turned against their new leader after he nominated Paul Givan to become First Minister despite their protests.

Party members had wanted Mr Poots to hold off on putting a name forward, due to their anger over the British government agreeing to introduce an Irish Langauge Act in the North if Stormont failed to do so.

The British pledge was enough to get Sinn Féin to commit to getting the Assembly back up and running.

However, the fallout has now led to deep political uncertainty as the DUP finds itself searching for another new leader.

Northern Ireland could also face an imminent election if the new DUP leadership refuses to agree to set up a new Executive.

Minister Coveney told Newstalk Breakfast everybody is concerned about the latest events.

He said: “They’re deeply destabilising for an Executive and Government in Northern Ireland that needs the opposite of that.

“The last thing Northern Ireland needs now is an election in the short-term.

"There’s due to be an election next May, but there’s a lot of work to be done between now and then.”

'This is so unusual for the DUP' 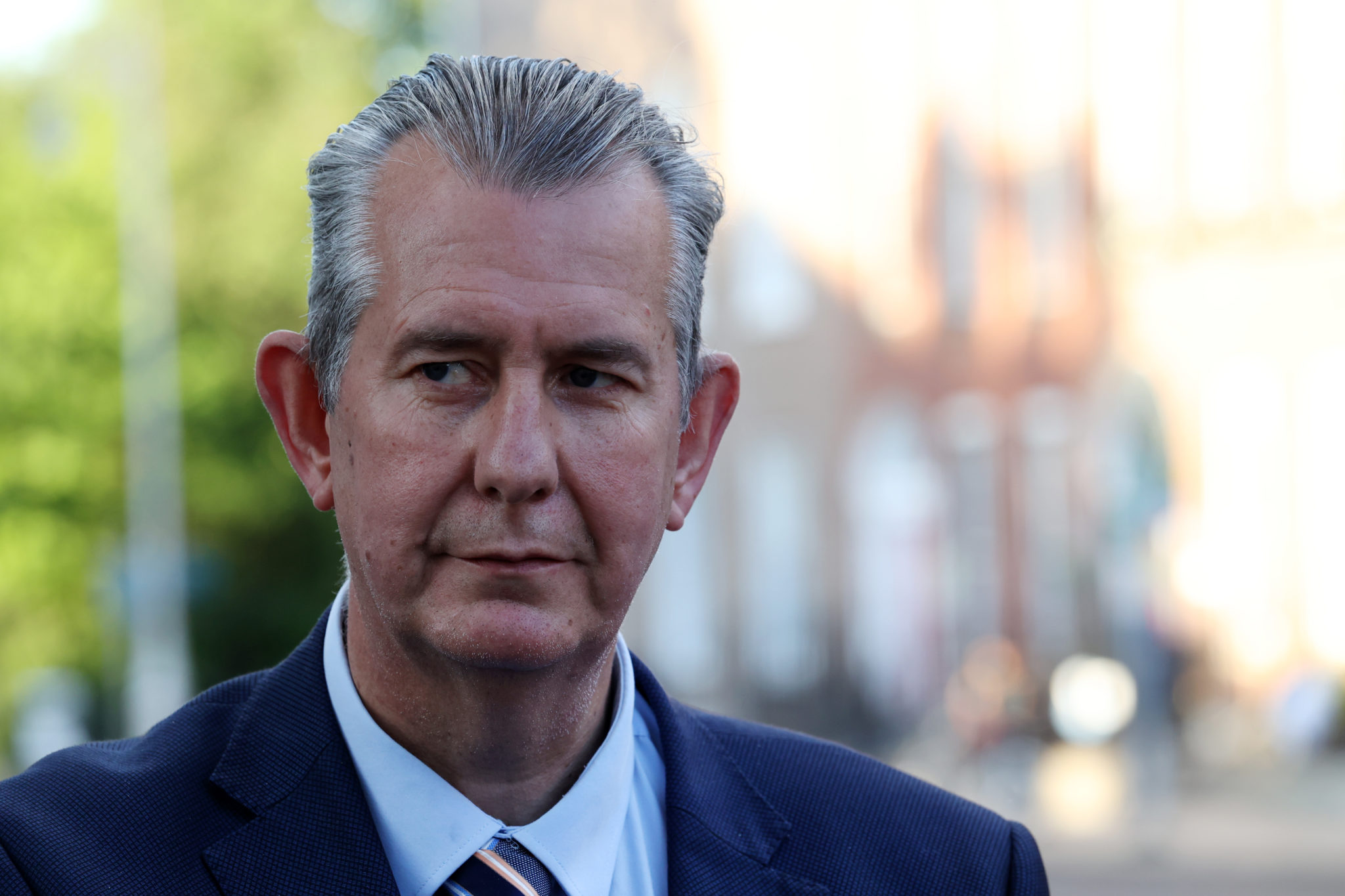 Minister Coveney said yesterday morning politicians across Ireland and the UK were welcoming the election of a new First Minister.

They'd also been expecting to hold a meeting of the North South Ministerial Council today, to focus on "moving on from what had been a difficult and quite disruptive period".

However, that all started to unravel yesterday afternoon - with Minister Coveney saying the DUP politicians "effectively revolted".

The council meeting has also been postponed following the dramatic events of yesterday evening.

He observed: “This is so unusual for the DUP.

"In their 50-year history, they’ve only ever had four leaders - Ian Paisley, Peter Robinson, Arlene Foster and - until yesterday - Edwin Poots.”

The Foreign Affairs Minister said he believes Northern Ireland Secretary Brandon Lewis "acted appropriately" in resolving the language dispute in order to get an Executive back in place.

He said: “It’s important to say this isn’t just about Sinn Féin digging in on a specific issue.

“We also wanted to see commitments followed through on, and a very important part of the [New Decade, New Approach] agreement was around language and culture - not just the Irish language, but Ulster-Scots as well."

Minister Coveney says he doesn't know what’s going to happen next - but for now there's a “need to give the DUP some space” to elect a new leader.

He said: “I suspect they’ll want to do that quickly because they won’t want to leave this vacuum for very long. And Northern Ireland needs them to do this quickly as well."