Coveney: Deletion of key text messages was 'prudent' due to phone hack fears

The Foreign Affairs Minister has said it was “prudent” for him to delete his text message con...

Coveney: Deletion of key text messages was 'prudent' due to phone hack fears

The Foreign Affairs Minister has said it was “prudent” for him to delete his text message conversations with Leo Varadkar and Katherine Zappone as his phone has been hacked in the past.

Simon Coveney did not disclose when his phone was hacked but said he now clears his phone regularly..

Minister Coveney yesterday told the Oireachtas Foreign Affairs Committee that he deleted the texts for storage reasons; however, his spokesperson later clarified that he regularly clears his phone after previously being hacked.

He also revealed to the committee that he had informed Tánaiste Leo Varadkar about his plan to appoint Ms Zappone as special envoy “a few days” before the now-infamous Merriongate event.

He admitted that he had been invited to the event by text message – something his spokesperson had previously denied. 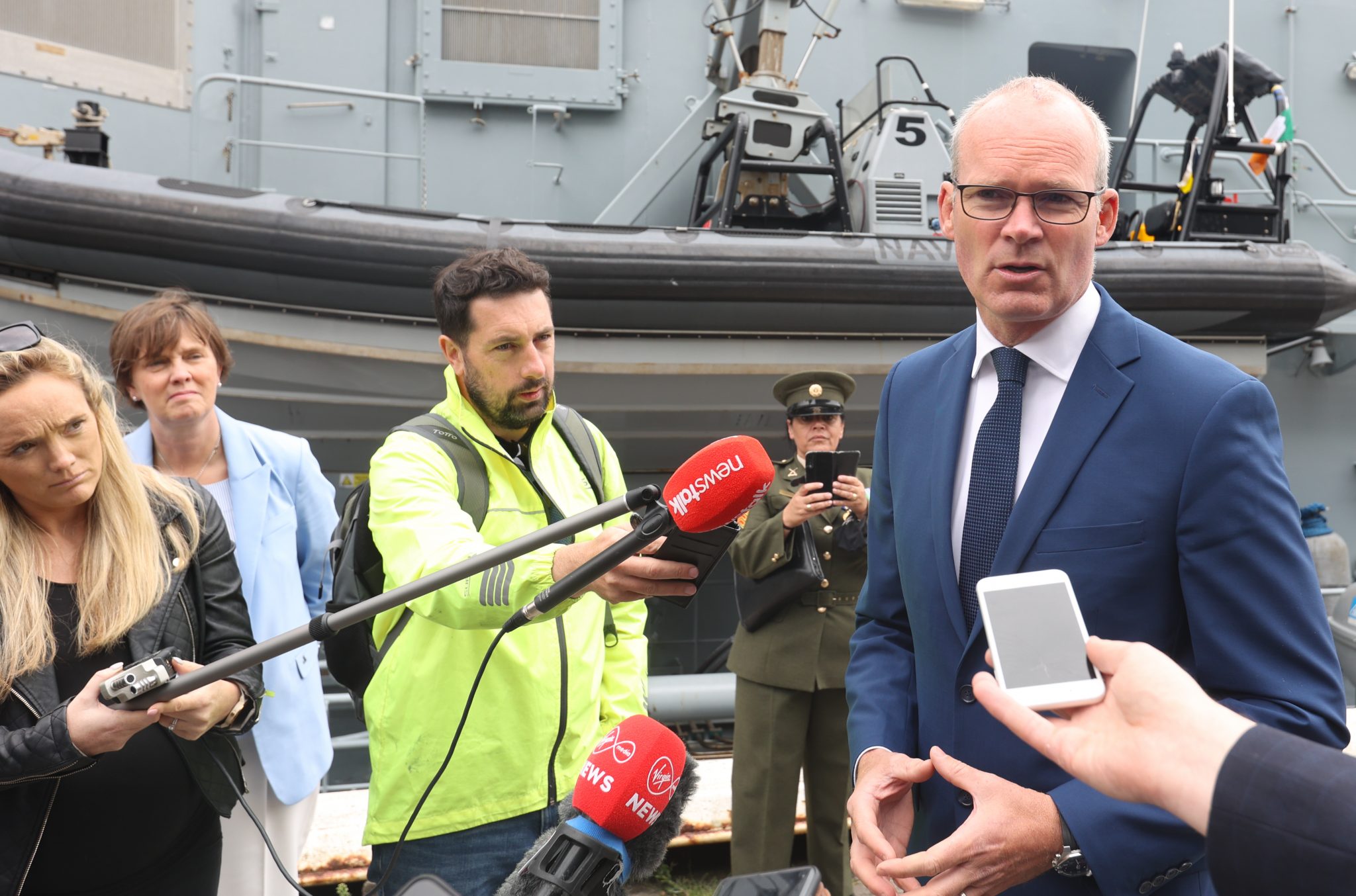 “As I said yesterday, I clear my phone on quite a regular basis,” he said.

“I change my phone actually every year. I have been hacked and I am the Minister for Foreign Affairs and Defence so I think it is prudent that I clear my phone fairly regularly and that is what I do.

“That is what I said yesterday. I took two hours of questions yesterday and I think I answered as honestly as I could all the questions that were asked.”

He said the Tánaiste knew nothing about the proposed appointment until a few days before the Merriongate event.

“I got a text from the Tánaiste a number of days before he was due to meet Katherine Zappone in Dublin,” he said.

“I didn’t actually know it was going to be an event. He texted me to simply say, I am meeting Katherine in a few days’ time, she is in Dublin and is there anything you want to brief me on.

“I wrote back to tell him we are working with Katherine in the Department on a potential role as special envoy but I will be bringing the details to Government in the coming weeks.

“That was it. I didn’t brief the Tánaiste in any more detail on that. The fact he was asking about it [shows] he didn’t know anything about it. That was it.”

He there was “no huge mystery” to the saga and suggested the only mistake that was made was his failure to inform the Taoiseach about the appointment before it went before Cabinet.

“I made the decision to appoint Katherine Zappone on the back of the Department making it clear there was a worthwhile job to be done and I felt she was very suitable for it,” he said.

“That is how special envoys are appointed. You get somebody who has a lot of skill in a certain area where you want to try to advance certain interests and I thought Katherine could do a good job there.

“We made a mistake though in terms of how that was brought to Government and I apologised to the Taoiseach for that and I think he accepts that.”

It remains unclear whether the text messages with Minister Varadkar and Ms Zappone will be available to the public through Freedom of Information (FOI) legislation.

Minister Coveney said he believes other ministers also clear their phones and insisted he would “make anything that I have available as appropriate under FOI.”

“I think it is prudent that I would clear my phone on a regular basis rather than allowing a whole load of texts on issues that have moved on be sitting on my phone,” he said.

“That is the judgement I made and I expect others do the same.”

The special envoy role was not publicly advertised before it was offered to Ms Zappone.

She eventually relinquished the role in the face of public anger over the Merriongate event which forced the Government to clarify its own Covid guidelines on outdoor gatherings.