Israeli Prime Minister Benjamin Netanyahu has reportedly lifted restrictions against the construction of a controversial neighbourhood, and approved the expansion of another.

The Times of Israel says under the plan, 3,000 homes would be built in Givat Hamatos - in addition to another 2,200 housing units in the nearby Har Homa neighbourhood.

Mr Coveney said: "I condemn the latest announcement on further settlement construction and expansion in parts of East Jerusalem.

"All settlement activity in the occupied Palestinian territory is very clearly illegal under international law.

"The construction of settlements in the Har Homa and Givat Hamatos areas in East Jerusalem would be a significant step, undermining the viability and territorial contiguity of a future Palestinian State.

"I urge the Israeli government to desist from any further steps in relation to these specific settlement plans, and to halt all settlement construction."

France and Germany also slammed the proposal on Friday.

The expansion plan comes weeks after rejection of a so-called Middle East 'peace plan' from US President Donald Trump.

President Trump had claimed the plan offered a "realistic" two-state solution - however, there was confusion as he appeared to promise that Jerusalem would be Israel's "undivided capital" - while also claiming that it would "provide a Palestinian capital in East Jerusalem where America will proudly open an embassy." 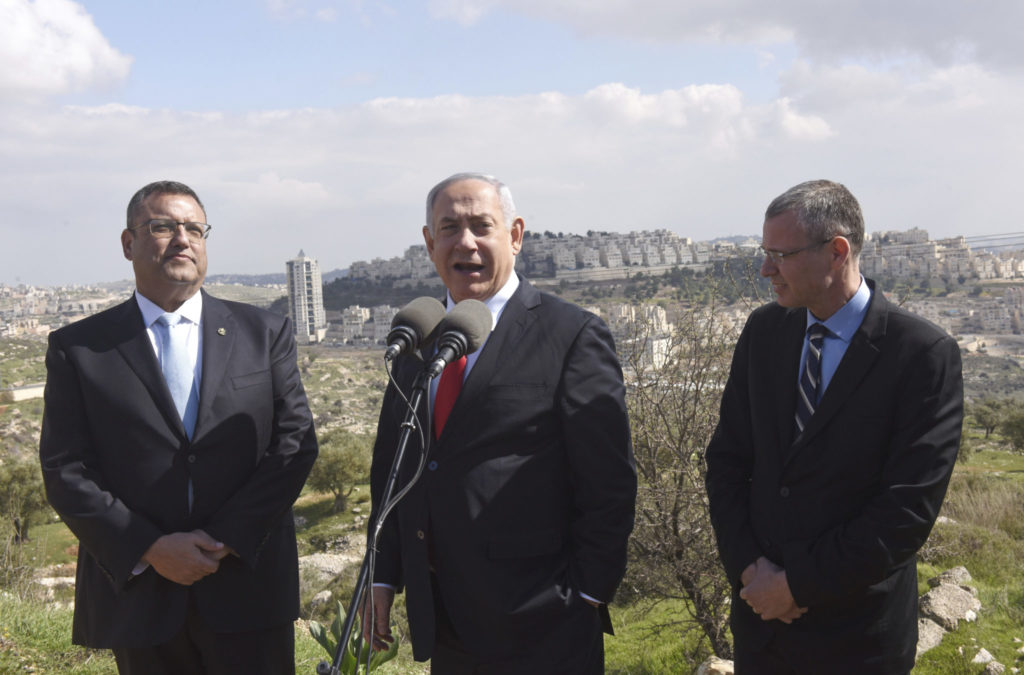 It was unveiled by Mr Trump alongside Mr Netanyahu in late January with no Palestinian representatives.

Mr Coveney expressed "grave concern" over the plan, saying it "fails to achieve the balance and equality of esteem necessary to gain the support of both sides to the conflict and the international community."

He said: "The European Union is fully committed to the transatlantic partnership and values all efforts to help find a peaceful resolution to the Israeli-Palestinian conflict.

"The EU recalls its commitment to a negotiated two-State solution, based on 1967 lines, with equivalent land swaps, as may be agreed between the parties, with the State of Israel and an independent, democratic, contiguous, sovereign and viable State of Palestine, living side by side in peace, security and mutual recognition - as set out in the Council Conclusions of July 2014.

"The US initiative, as presented on 28 January, departs from these internationally agreed parameters."