As the deadline for Brexit trade talks fast approaches, negotiators in the UK and EU have been wo...

As the deadline for Brexit trade talks fast approaches, negotiators in the UK and EU have been working to reach a deal.

However, one particular complication may have a direct impact in Ireland no matter what happens - issues around the supply of chipper chips.

Currently, around 80,000 tonnes of potatoes are imported from the UK each year, with much of that supply going towards the chipping market.

That could change as food from Great Britain faces tougher checks and regulations when it's exported into the European single market.

Some chippers have also suggested that the taste and texture of chips may change if they have to switch to non-British suppliers.

Foreign Affairs Minister Simon Coveney today told The Pat Kenny Show there will be changes for many businesses when it comes to supply chains for some food products - with or without a Brexit trade deal.

For today's Hard Shoulder, Henry McKean spoke to chippers and potato growers about what the changes could mean.

However, he said there's now a "huge opportunity" for Irish growers to fill the remaining gap as we face the possibility of increased Brexit regulations.

He said: "They can do it... it's something we have done here ourselves.

"We were a table potato farm - we still are today - but now around 50% of our production goes for crisps.

"I know around here in north County Dublin, there's more and more growers starting to focus on this chipping industry - it is one for the future, and I think with these regulations coming in due to Brexit it is definitely going to force the hand of a lot of growers around Ireland."

Tom also called on chip shops around Ireland to support growers when it comes to buying Irish potatoes. 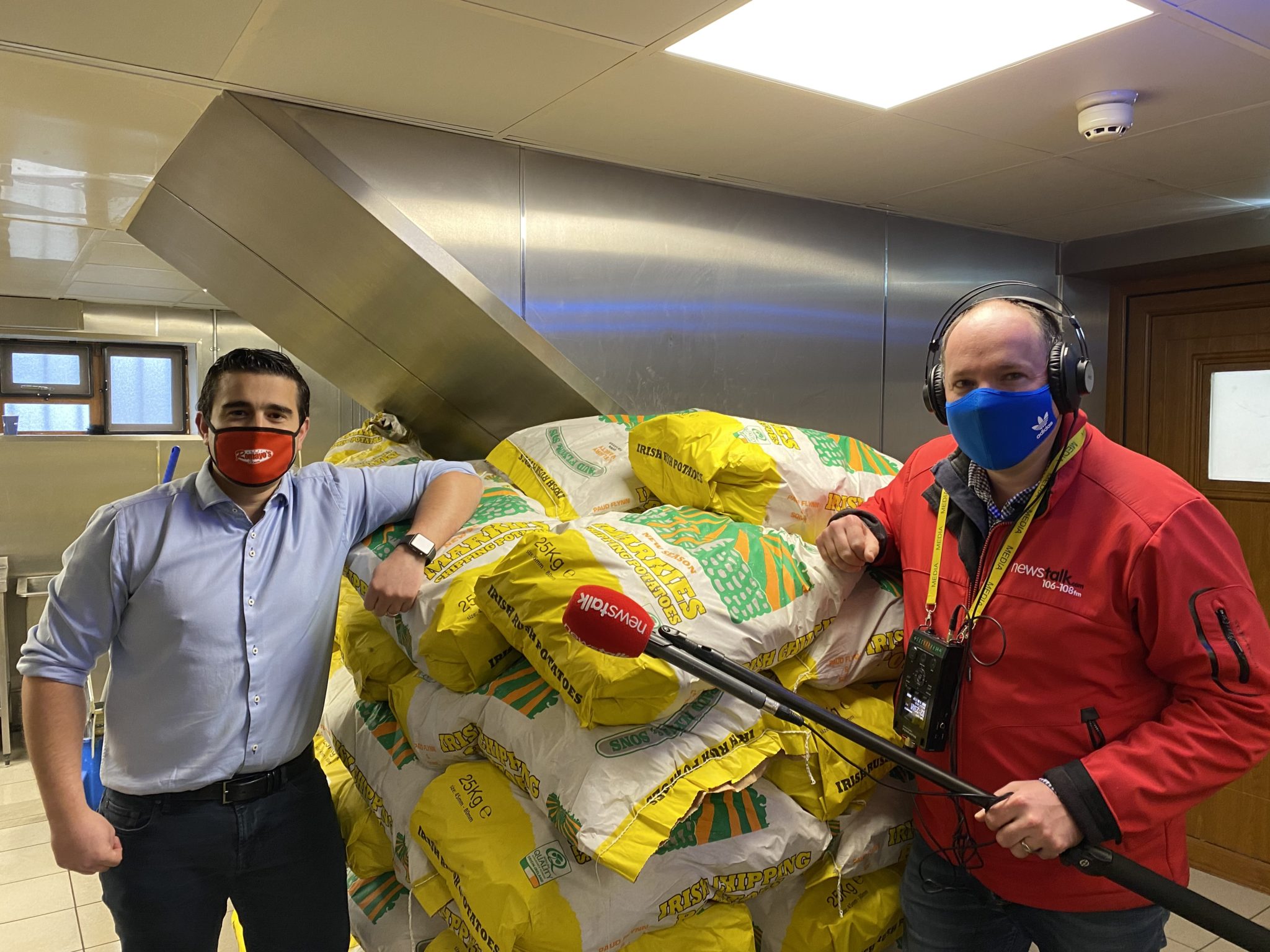 Dario Macari from Romayo’s in Clonsilla says his own businesses uses around 80% Irish potatoes.

He said they've worked with a farm in Rush to develop an Irish potato that is suitable for the classic Irish chipper chip.

He said: "We're confident our Irish grown potatoes... have the crispy outside and the famous floury soft centre. So it's the best of both worlds.

"[Our suppliers have] assured us as recently as this morning that we're well covered for the next few months.

"With everything going on and Brexit issues, there's always a worry in the long-run that there could be some issues. But with the direct relationship with the guys here growing here in Ireland, we've been able to increase the supplies year after year."

Dario noted that ultimately there's 'no better country' than Ireland for potatoes - and he's confident in the Irish-grown potatoes they offer to customers.