It follows release of new figures for the numbers receiving the Pandemic Unemployment Payment (PUP).

The figures are in addition to the 211,492 people who were reported on the Live Register as of the end of September.

The sector most heavily represented in the figures remains the hotel, restaurants and bar sector - followed by wholesale and retail and admin support.

The sector least represented is the agriculture, forest and mining industries. 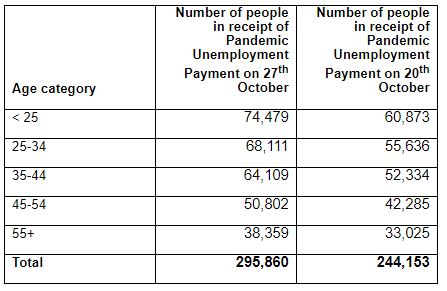 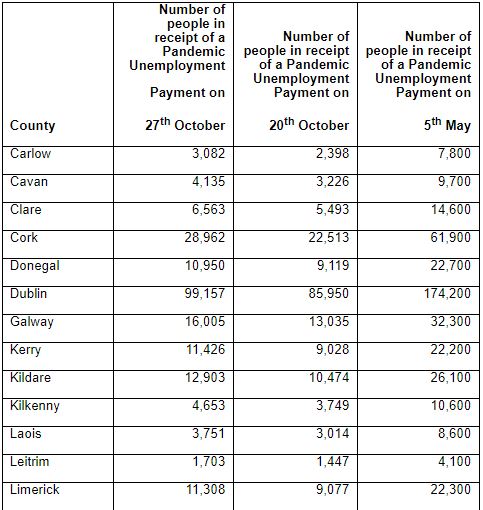 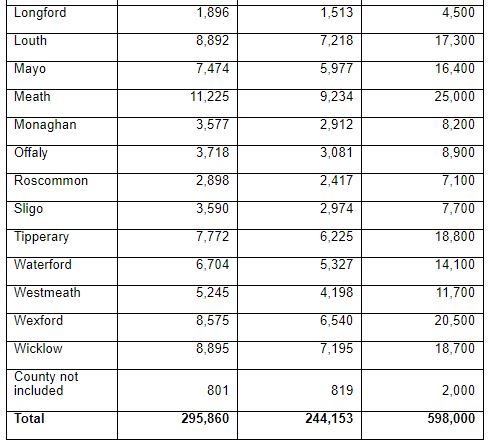 It was announced in the budget earlier this month that the PUP has been extended until April, by which time it is expected to have cost the state more than €5.2bn.

She said: "I know this has been a really difficult few days, particularly for those who have temporarily lost their jobs or whose businesses have had to close.

"But I also know that we have it in us to suppress this virus and protect lives.

"So let's redouble our efforts this week - limit our contacts, work remotely where possible and stay within five kilometres of our home for exercise.

"This is in our gift. We have shown before that we can get this virus back under control and allow our economy to reopen again", she added.