A further 426 coronavirus cases have been announced alongside 10 more virus-related deaths. Offic...

A further 426 coronavirus cases have been announced alongside 10 more virus-related deaths.

Officials said four of the deaths happened this month, with five in March and one in February.

Meanwhile, there were 47 in intensive care, one fewer than last week and one more than last night.

The five-day moving average in Ireland is now 437 – down from 475 yesterday. 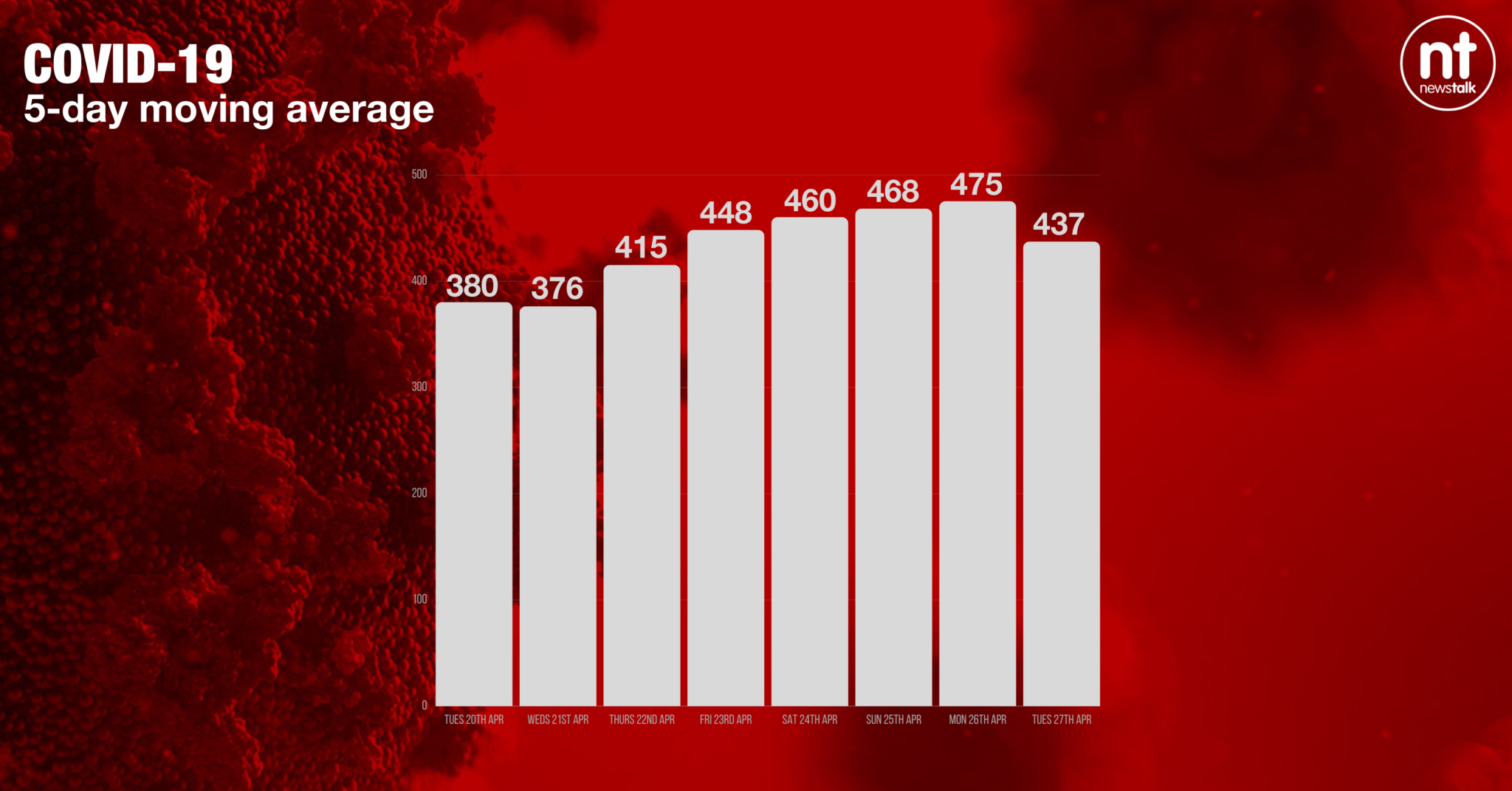 Of the cases announced this evening, there were 156 in Dublin, with 28 in Kildare, 28 in Meath, 25 in Limerick and the rest spread across 18 other counties. 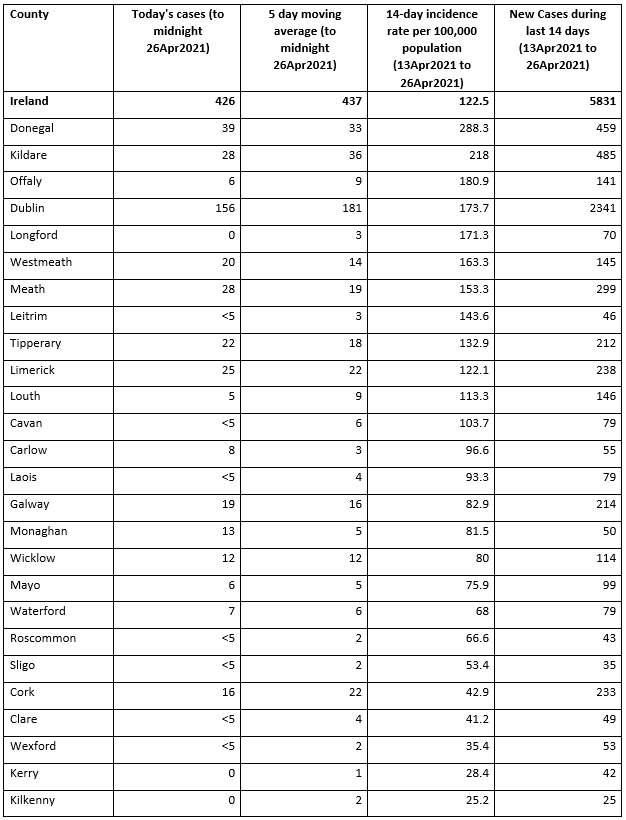 Donegal still has the highest rate in Ireland at 288.3, while Kildare is in second with 218.

As of Sunday, 1,398,061 vaccine doses had been administered in Ireland.

Shefflin kept ex teammates in the dark over Galway appointment