There have been 365 new confirmed cases of COVID-19 in Ireland, according to the latest figures a...

There have been 365 new confirmed cases of COVID-19 in Ireland, according to the latest figures available.

There are 103 people in hospital with the virus, with 41 of these in ICU.

The five-day moving average stands at just over 410. 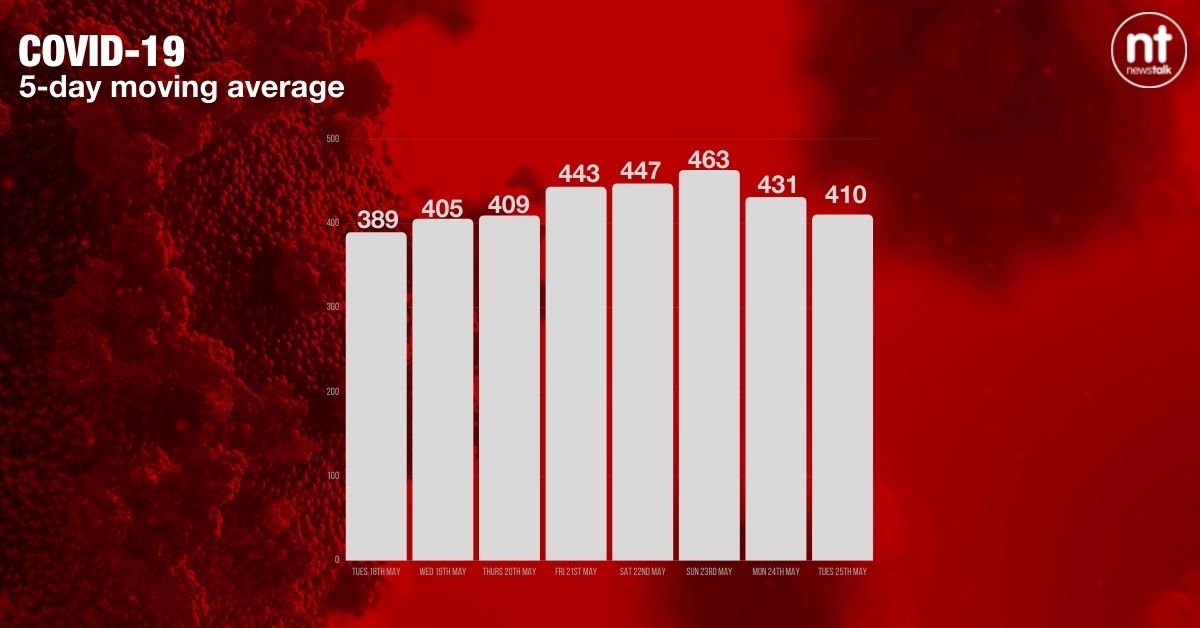 The Department of Health says the daily case numbers may change due to future data validation following the HSE cyber-attack.

It comes as the World Health Organisation (WHO) has said wealthy countries need to understand that failing to vaccinate the vulnerable in poorer countries will see the virus "coming back for you".

"It is severe illness during which the virus has lots of opportunities to reproduce itself and develop variants so it is critical for all of us that we get it right and we distribute vaccines equitably around the world."

While one-in-five people are optimistic they will be jetting off on a foreign holiday this year, according to a new study.

Research from the Competition and Consumer Protection Commission (CCPC) found that 73% of people are planning a holiday either at home or abroad.

Just under one-quarter of people have already booked a holiday for the coming months.

The latest roadmap for re-opening the country, due to be announced on Friday, is expected to include details on travel, hospitality and live events over the summer.

And there are expected to be time limits on visits to pubs and restaurants when indoor dining returns.

Fáilte Ireland is set to publish its guidelines for the return of hospitality - both outdoors and indoors - ahead of the latest announcement on easing restrictions.