There have been eight further deaths related to COVID-19 and 309 new cases of the virus in Irelan...

There have been eight further deaths related to COVID-19 and 309 new cases of the virus in Ireland.

The Health Protection Surveillance Centre (HPSC) says of the deaths reported four occurred in April, two were in February and a further two happened in January or earlier.

The median age of those who died was 79 years, and the age range was between 43 and 92 years.

These figures include the denotification of 12 cases.

Of the cases notified today:

The remaining 104 cases are spread across 18 other counties.

There have been 22 additional hospitalisations in the past 24 hours.

The seven-day incidence rate is 57.0, while the five-day moving average stands at 358. 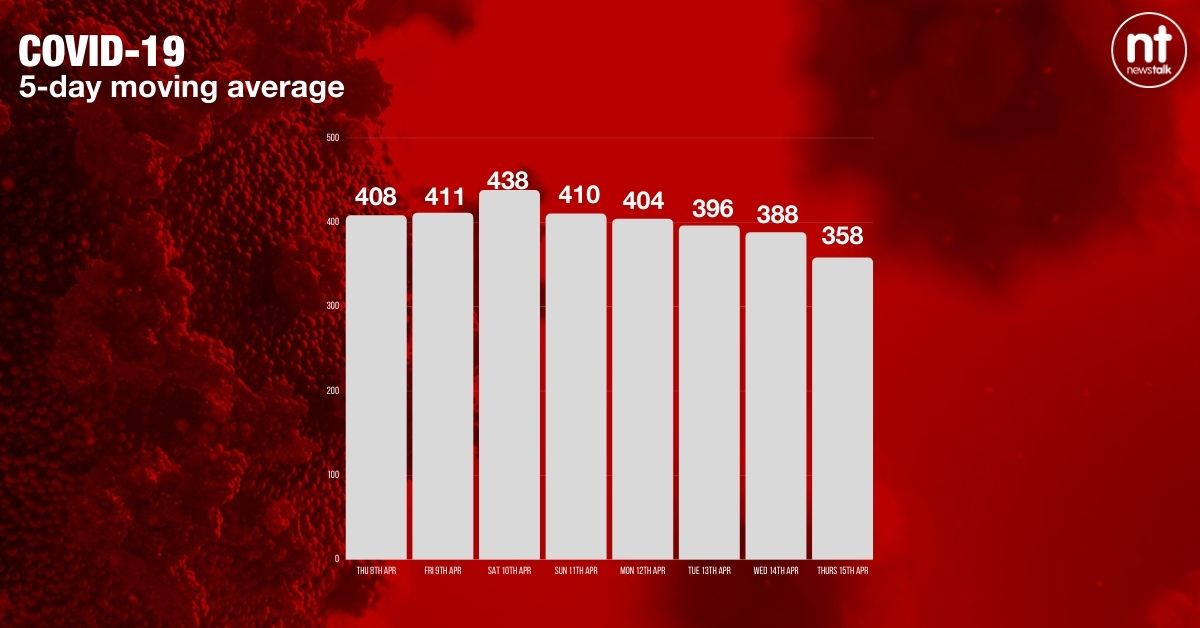 "We've seen a significant reduction in case counts last week compared to the preceding week: 2,803 cases last week, compared with 3,618 the week before.

He also said incidents in the last 10 to 14 days show "a significant decrease in the average number of cases per day".

While Acting Chief Medical Officer Dr Ronan Glynn said Ireland is now one of the best-performing countries in the European Union.

"In January we would have been significantly above the EU average - and since the start of February we diverged.

"And we have continued on a very positive path the whole way through to where we are today.

"Just to put that in context: if we were at the EU average this evening, we'd be reporting somewhere between 1,500 and 1,600 cases.

"That's the average number of cases that member states are dealing with a the moment".