There have been 183 new confirmed cases of coronavirus this evening, alongside six further deaths.

Officials warned that there may be an under-report of around 100 cases as a result of an IT problem which is currently being investigated. 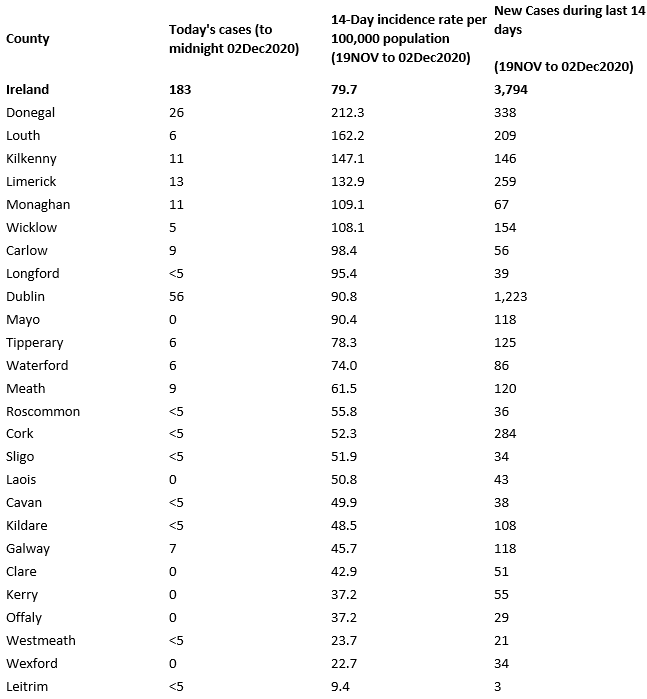 Leitrim has the lowest rate in the country at 9.4.

This afternoon, there were 239 coronavirus patients in hospital and 32 people in intensive care.

Of the cases announced this evening, 56 were in Dublin, 26 were in Donegal, 13 were in Limerick, 11 were in Kilkenny and 11 were in Monaghan.

The rest were spread across 15 other counties.