Coronavirus: 1,703 new cases in Ireland, as vaccine doses near 6.9 million

There have been 1,703 further cases of COVID-19 reported in Ireland. Latest available figures sho...

Coronavirus: 1,703 new cases in Ireland, as vaccine doses near 6.9 million

There have been 1,703 further cases of COVID-19 reported in Ireland.

Latest available figures show 363 patients have been hospitalised with the virus - of which 52 are in ICU.

The five-day moving average of cases has increased slightly to 1,608. 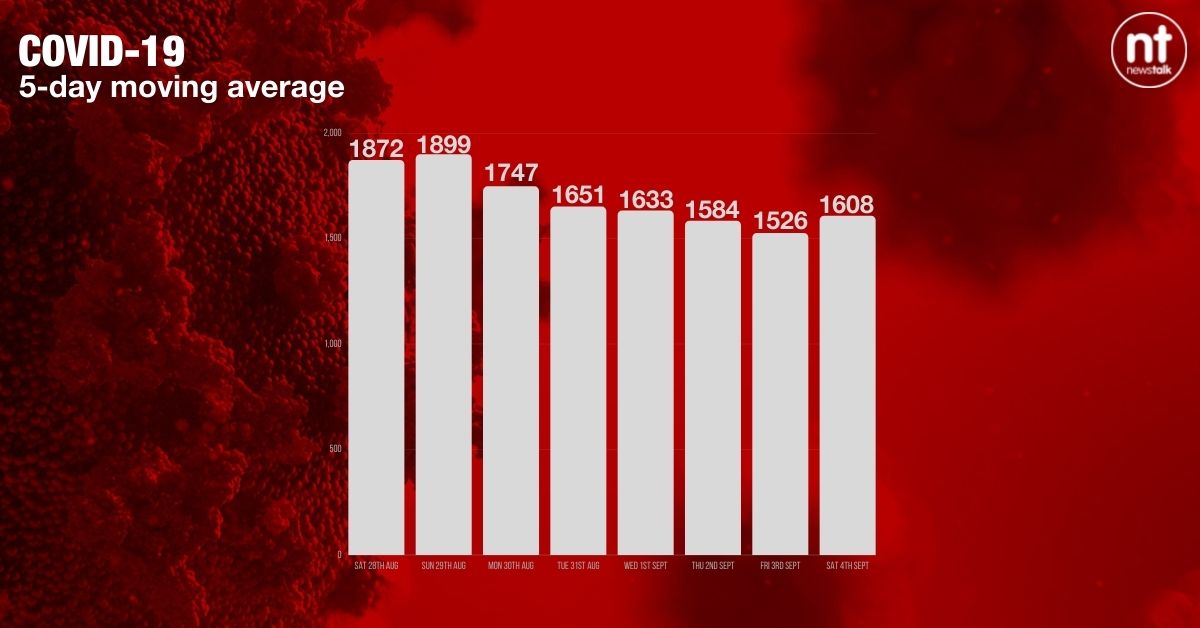 Meanwhile 6,871,433 vaccine doses have been administered here as of Thursday night.

More than 3.4 million people are now fully vaccinated - or 87.8% of the population aged 16 and over.

While almost three-quarters of the total population have had at least one dose.

"At least one in every county [is] offering vaccines to everyone who's 12 and over.

"This week I also accepted recommendation from NIAC on some changes: soon there will be no limit to when a pregnant woman can get a vaccine.

"And we'll also soon be offering an extended, or third dose, to those who are immuno-compromised".

He was speaking as Tánaiste Leo Varadkar said the country will be proceeding with a further easing of COVID-19 restrictions on Monday.

Earlier he said the vaccination of those under-35 was 'really working now'.

In a tweet, he added: "Cases have plateaued/falling. Rise in patients in hospital and ICU slowing.

"All OK for next stage of re-opening on Monday".

From Monday, organised indoor events and mass gatherings can take place with up to 60% of a venue's capacity, where all patrons are either fully vaccinated - or have recovered from COVID-19 in the previous six months.

While cinemas and theatres will also have capacity limits of 60%.

For indoor music, entertainment or sporting events, the audience should be fully seated.

However where patrons have mixed immunity status, there will be no change to the current limits during September.