Cork Luas: What the proposed system could look like

A proposed Luas in Cork could see stations running from Ballincollig to Mahon Point. It is part ...

Cork Luas: What the proposed system could look like

A proposed Luas in Cork could see stations running from Ballincollig to Mahon Point.

It is part of a plan for a light rail transit system for the city.

A contract has been awarded to Jacobs Engineering Ireland for a route options analysis, and to develop initial designs.

Anne Graham is CEO of the National Transport Authority (NTA).

She told The Hard Shoulder: "We're a very early stage in relation to the development of Luas for Cork"

"So if those ambitious growth plans do take place, then the city of Cork does need a Luas light rail infrastructure as part of its transport network.

"Today we're announcing the award of a contract to start the initial designs of a route from Ballincollig to Mahon Point.

"But it is contingent on the city developing in accordance with the national planning framework."

She added that the transport plan will also include improvements to bus, rail and cycling infrastructure. 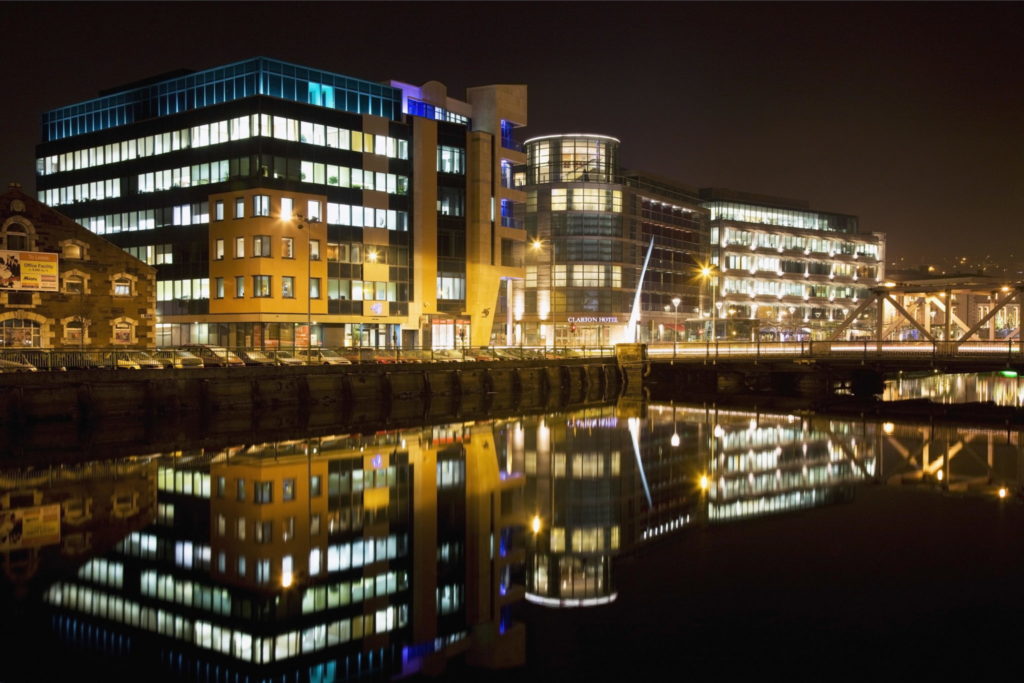 Parts of Cork city illuminated at night along the River Lee in 2010. Picture by: Peter Zoeller/Zuma Press/PA Images

In terms of a timeframe, she said: "It takes about 20 months to get an emerging preferred route put forward.

"Obviously it then has to go for a full detailed design, and it also then needs to be funded.

"At the moment, it's not part of the National Development Plan in terms of the investment framework.

"So there's many steps to go before we would get to a point where we would know when it's going to be constructed."

In terms of disruption, she said: "We're not expecting a huge amount of opposition at this stage".

"We believe that, certainly the city councillors, are very supportive of all that we want to achieve with them in delivery of transport infrastructure for the city".

"There's no doubt there will be disruption during the construction, but when you look at what's planned in terms of all the modes - and if we are to achieve the ambitious plans for Cork - we believe that it could be a very sustainable future for Cork city if they develop all their transport infrastructure, including walking and cycling".

This proposed Luas will provide a high-capacity, high-frequency public transport link from the eastern to the western suburbs of Cork.

This will include serving destinations such as the proposed Cork Science and Innovation Park, Cork Institute of Technology, Cork University Hospital, University College Cork and Kent Station.