More than 100 leaders, representing 85% of the world's forests, will commit to stopping and reversing deforestation by 2030 in a "significant milestone" on the road to tackling the climate crisis.

Countries including Brazil, Russia, Canada, Colombia, Indonesia and the Democratic Republic of the Congo will sign the pledge on Tuesday, which is backed by some €16.5bn in public and private funding.

The agreement says the leaders "recognise that to meet our land use, climate, biodiversity and sustainable development goals, both globally and nationally, will require transformative further action" in interconnected areas such as sustainable production and consumption, infrastructure development, trade, finance and investment.

It also pledges support for smallholders, Indigenous Peoples and local communities who depend on forests for their livelihoods and have a key role in their stewardship.

"We therefore commit to working collectively to halt and reverse forest loss and land degradation by 2030 while delivering sustainable development and promoting an inclusive rural transformation", it adds.

Announcing the "landmark agreement" at the COP26 summit in Glasgow, British Prime Minister Boris Johnson will say: "These great teeming ecosystems... are the lungs of our planet [and] ... essential to our very survival.

"With today's unprecedented pledges, we will have a chance to end humanity's long history as nature's conqueror, and instead become its custodian."

Forests play an essential role in fighting the climate crisis, absorbing vast amounts of planet-heating carbon dioxide from the air, and provide food, jobs and homes.

But campaigners say they are being lost at an alarming rate of one football pitch every two seconds through activities such as commodities, agriculture, urbanisation, wildfire and forestry.

An Taoiseach Micheál Martin will deliver Ireland's statement to the summit later, setting out how Ireland is contributing to achievement of the Paris Agreement goals - including limiting global warming to 1.5°C, and helping developing and vulnerable countries mitigate the impacts of climate change.

On Monday, Mr Martin took part in a World Leader's Summit Action and Solidarity Event - a round table event for leaders - hosted by Mr Johnson.

He has also attended a number of bilateral meetings and receptions throughout the two-day summit. 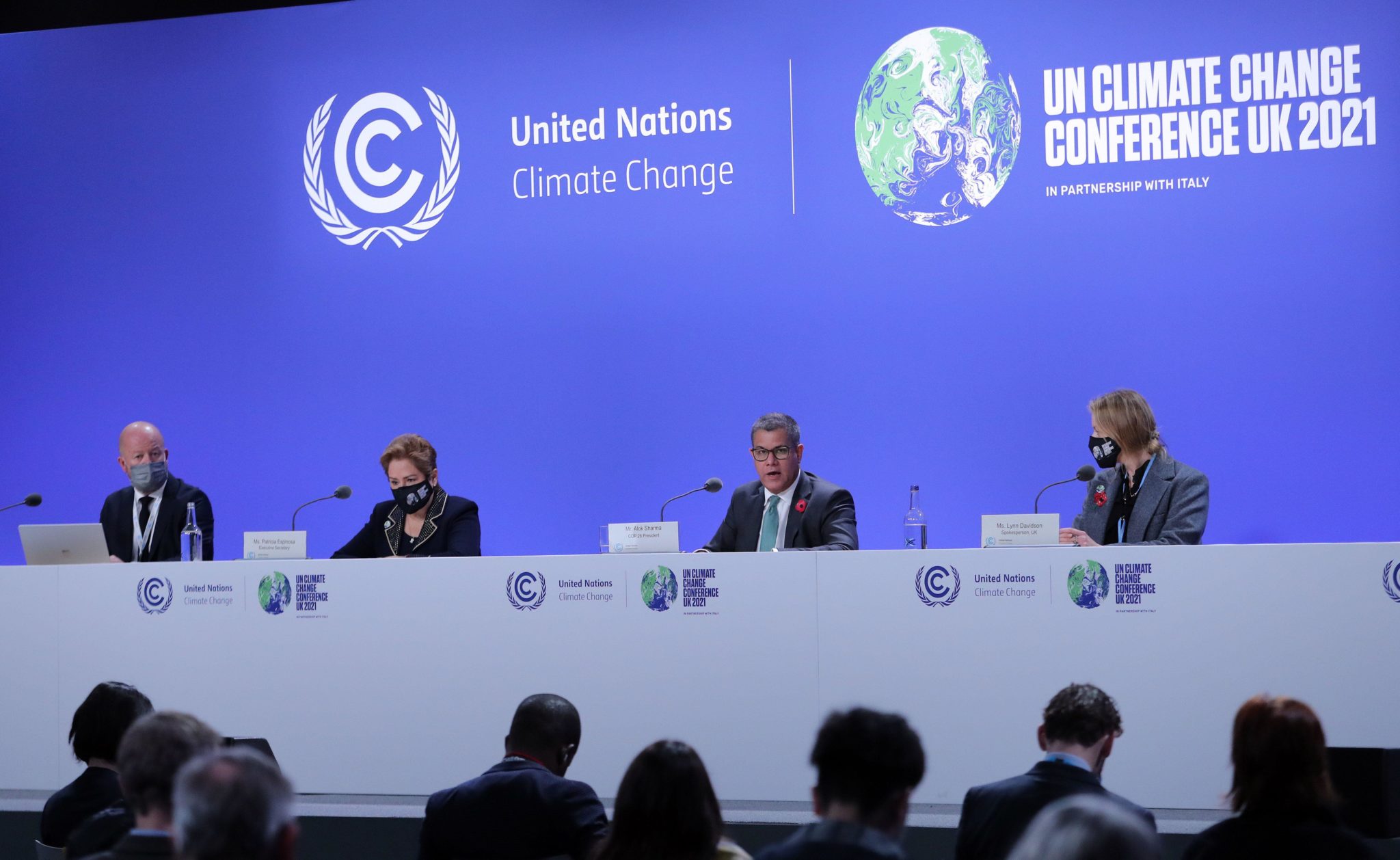 The new money behind the Glasgow Leaders' Declaration on Forests and Land Use will help restore degraded land, tackle wildfires and support the rights of indigenous communities.

Many welcomed the acknowledgement of indigenous peoples as crucial guardians of forests.

Tuntiak Katan, coordinator of the Global Alliance of Territorial Communities - representing communities from the rain forests of Africa, Latin America and Indonesia - said the announcement raised the visibility of indigenous peoples and local communities as a climate solution to an "unprecedented level".

"Today we celebrate - tomorrow we will start pressing for the deal to be delivered," he said.

CEOs from more than 30 financial institutions will also promise to stop investing in activities linked to deforestation.

The last similar pledge, the New York Declaration on Forests - signed in 2014 - promised to halve tropical deforestation and restore 150 million hectares of land by 2020.

However most countries did not follow through, and since then tropical primary forest loss has generally increased, according to a progress report published in October.

To harness the potential of forests to help the world meet the Paris temperature goal, dramatic shifts in food production, agriculture and land use will be needed.

This is the first major announcement unveiled at the UN climate talks, which aim to "keep alive" the Paris Agreement target of limiting warming to 1.5°C.

Another is expected soon on cutting methane, a climate-heating gas.

On day one of the talks global voices warned that failure would mean a "death sentence" for many vulnerable countries.

US President Joe Biden said in his speech on Monday that those "responsible for much of the deforestation and all of the problems we have so far" have "overwhelming obligations" to the poorer nations that account for few of the emissions yet are paying a price as the planet has grown hotter.

While India's Prime Minister, Narendra Modi, said his country would aim to stop adding greenhouse gases to the atmosphere by 2070 - two decades after Ireland, the  US and the UK - and at least 10 years later than China.