Reinventing Ireland's cities as places that are more liveable and attractive for tourists and dwe...

Reinventing Ireland's cities as places that are more liveable and attractive for tourists and dwellers is "key" once the pandemic is over.

That's according to Daithí de Buitléir, the Chief Marketing Officer of ParkOffice, a company that provides parking management software for smart offices and works with companies to optimise, understand, and ultimately eliminate, employee parking.

He was speaking to Newstalk's Technology Correspondent Jess Kelly as part of Reimagining Ireland: a series examining some of the changes people would like to see across a range of areas in a post-pandemic Ireland.

He told Tech Talk with Jess Kelly that pre-COVID, while there was much discussion about moving away from cars, on the ground, companies did not want to move away from them.

The past year has resulted in a "full 180" for companies who are now "aggressively trying" to reduce employee parking at work, he added.

"In the long-term, there is the question of what's going to happen to all these parking spaces," he said.

While it was previously thought that the space could be used for office blocks and apartments in city centres, that same demand may not be there after the pandemic.

"I think that's going to unlock a very exciting land bank for cities across the world," Mr de Buitléir said, with the opportunity to develop areas into community spaces a "very exciting" prospect.

His worry is that with the reimagining of space, some innovative ideas will be shot down.

He cites the proposals for a white-water rafting facility in Dublin as an idea for bringing tourists to Ireland, but which was largely condemned by the public.

"At the end of the day, there is always a need for brass tacks of housing, and you wouldn't want to be denying [the building of housing], and obviously we have a huge homeless issue," Mr de Buitléir added.

"I just think as someone who lived in Dublin city centre for five or six years, I would be a bit worried about the city.

"I think there's a risk that it turns into Disneyland for adult tourists and I think doing things that are a bit cleverer and brings more vibrancy to the space and makes it a bit more liveable and attractive, not only for tourists but for people living there day to day, is key.

"I question whether there is sufficient scope for imagination, not necessarily from the leaders in our local government but from all the toxic detractors that are out there.

"I think too often good ideas get booed down in a chorus on Twitter and that's the end of them and that would be my biggest fear for a lot of cities." 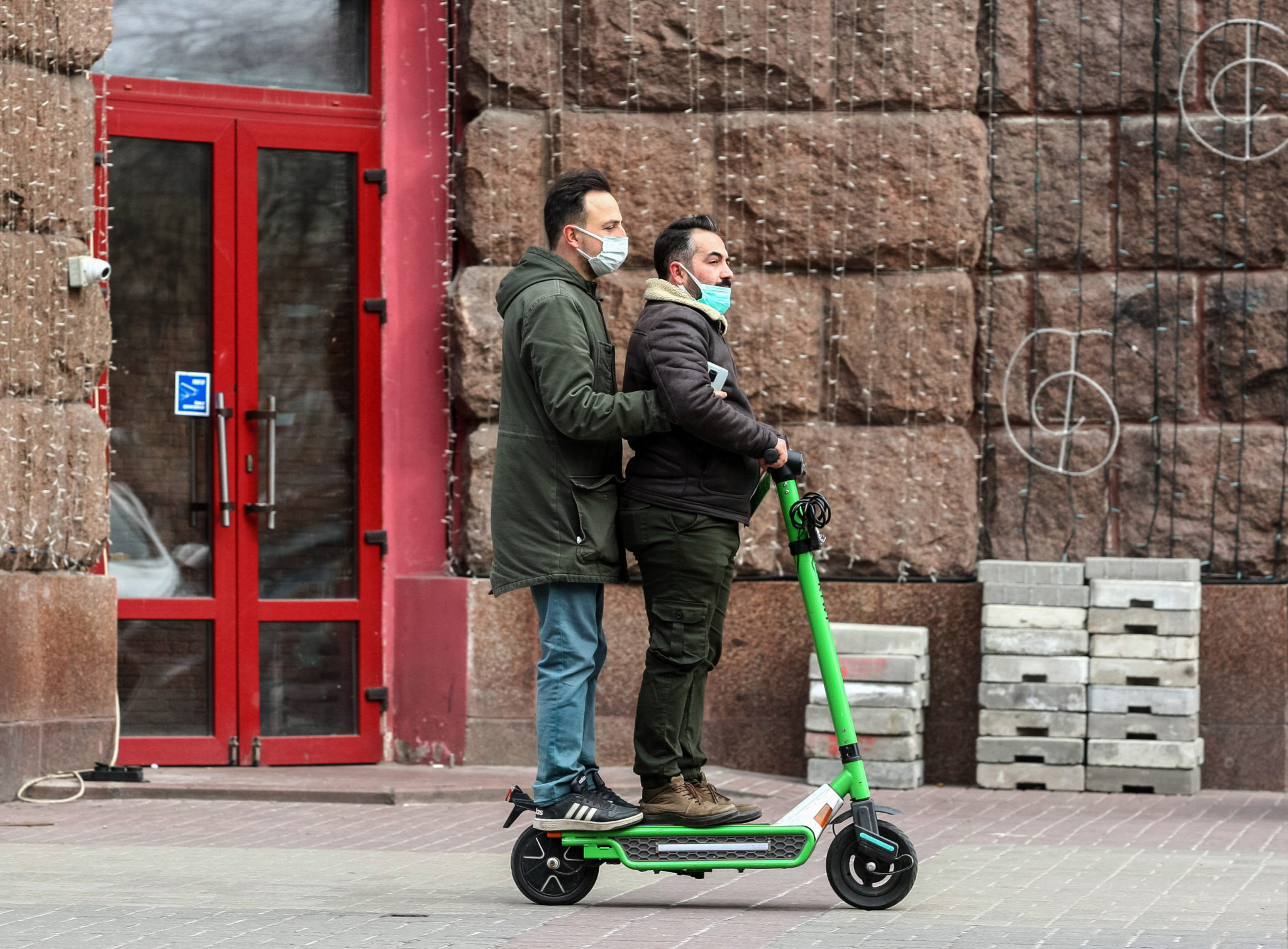 Speaking on the same programme was Will O'Brien, the Vice-President for Growth and Government Affairs of Zipp Mobility, Ireland's leading micromobility provider which offers community-shared e-scooter and e-bike schemes in cities across Europe.

He noticed that during the pandemic, and particularly in the UK, there was a demand at policy level for diversification in transport and for alternative modes to be provided.

The company is partnering with car parking providers to take one or two of their spaces to use as designated zones for picking up and dropping off scooters.

This "multi-modal" approach and moving away from using the space just for cars into a mobility hub "is where we will see transport going", Mr O'Brien said.

He said there will be a need for strong legislation and responsible operators of shared services like e-scooters if they are to operate effectively here.

By looking at cities elsewhere, Ireland can avoid certain pitfalls which have negatively impacted the introduction of community-shared modes of transport, he added.

Nightclubs can reopen from Friday with extra restrictions in place

Nightclubs can reopen from Friday with extra restrictions in place