A Fine Gael TD has claimed some controversial tweets sent by Sinn Féin members 'are not sent out...

A Fine Gael TD has claimed some controversial tweets sent by Sinn Féin members 'are not sent out by accident'.

Sinn Féin TD Brian Stanley will make a statement to the Dáil later over controversial remarks he made, linking the War of Independence to the Northern Ireland Troubles.

A second tweet also emerged that suggested the Laois-Offaly politician was commenting on Tánaiste Leo Varadkar's sexuality after he was elected leader of Fine Gael.

This tweet had 'homophobic inferences', according to the Taoiseach Micheál Martin - something Deputy Stanley denies.

The Sinn Féin TD has since deleted his social media accounts. 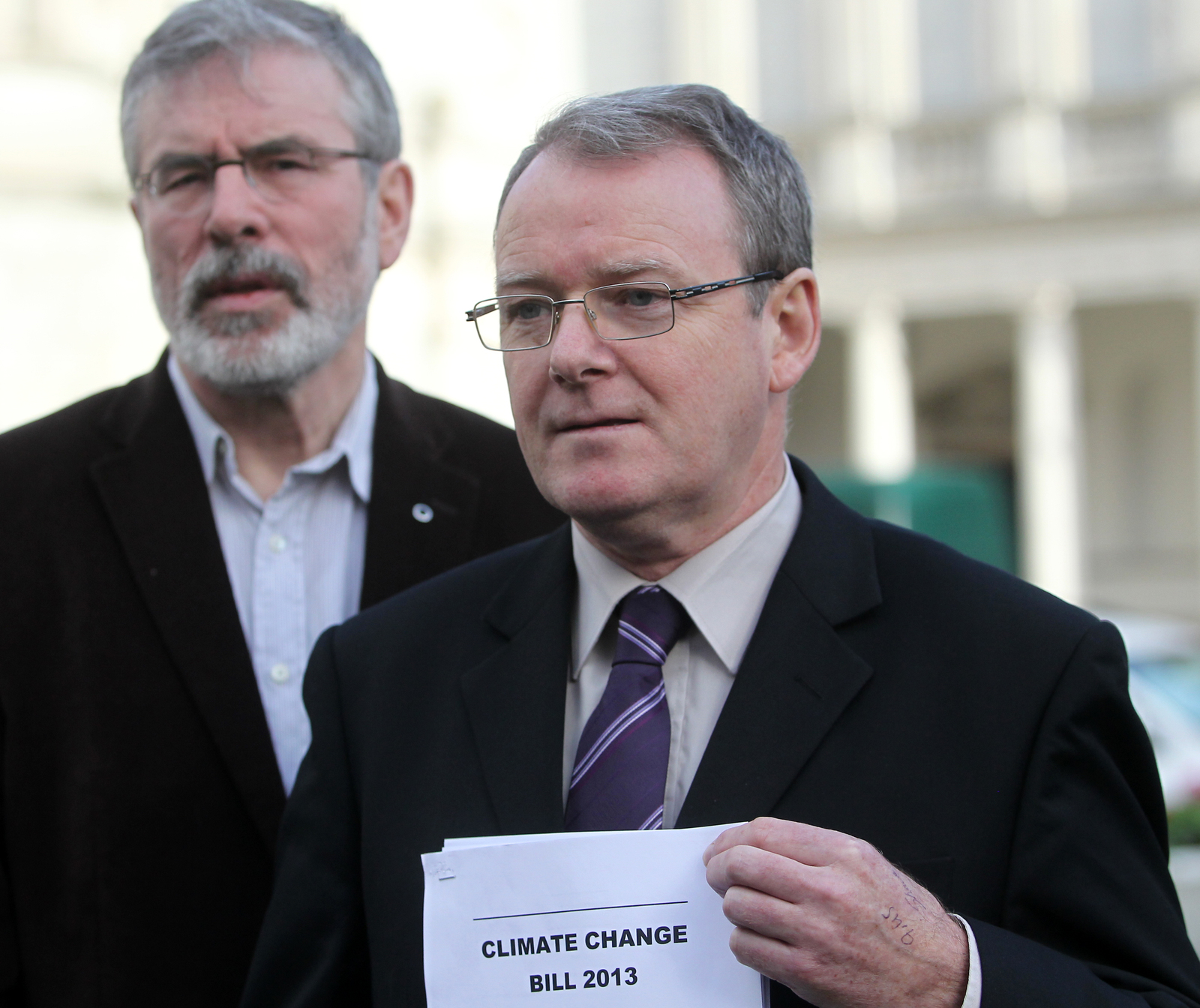 Brian Stanley (centre) is seen at the launch of Sinn Féin's Climate Change Bill in 2013. Picture by: Sam Boal/RollingNews.ie

However, Deputy Stanley will not resign or take questions over his remarks, for which he has already apologised.

He told Newstalk Breakfast there needs to be an apology in the Dáil chamber.

"I was in the Public Accounts Committee and I requested that he would make a statement in the Dáil... because I believe the Dáil was the appropriate place for him to make that statement."

"I think it's important that he establishes his own credibility from the point of view of being chair of the Public Accounts Committee."

Deputy Burke said he believes this issue goes back further than just this incident.

"I have a problem about tweets sent out by members of Sinn Féin over the last number of months and years.

"Some of them have been very carefully crafted, these are not tweets sent out by accident".

"It's about sending out a message, which I think it's important.

"If you go back to the War of Independence, the 1918 election sent out a clear mandate in Ireland at that time: the IRA never had a mandate for the 30 years of violence".

On the tweet in relation to Mr Varadkar, Deputy Burke said: "I think the tweet was wrong, and I also think the tweet put up by Deputy John Brady was wrong and I think it's important that that level of undermining that's going on should not be tolerated".

Main image: Colm Burke waits to speak on the subject of crime in a discussion at the 2015 Fine Gael conference in the Castlebar Convention Centre. Picture by: Sam Boal/RollingNews.ie