A new law that could see online bullies jailed for up to seven years could be in place by Christm...

A new law that could see online bullies jailed for up to seven years could be in place by Christmas.

‘Coco’s Law’ is named after Nicole Fox Fenton who died by suicide after she was continuously abused online.

Nicole’s mother Jackie Fox this afternoon handed a petition signed by more than 33,000 people to Leinster House calling for the legislation to be prioritised.

On Lunchtime Live this afternoon, she said the Justice Minister Helen McEntee had contacted her to promise that the Harmful Communications and Related Offences bill will be in place by the end of the year.

She told Andrea Gilligan that Nicole was a “normal, happy go lucky child” before the bullying began in her late teens.

“She had a lot of friends when she was younger,” she said. “She was very bubbly and outgoing and lively. You know, she'd get on with anyone and if you made friends with Nicole, you would be friends with her for life.

“She was cheeky as well, don't get me wrong, we had our arguments but she was just, you know, she was just a great kid and, as she was growing up, everything was fine until she reached the age of 17.”

Ms Fox said Nicole got to know a new group of people as she started going out and socialising more.

“Things were fine for the first few months after she was going out and then she thought she befriended certain people – two people – and these people turned on her,” she said.

“One has admitted since then that that they picked on her through jealousy.

“You know, all she wanted to do was go out and have a laugh and a few drinks and go dancing but these people, they just wouldn't let her do it and they physically abused her in the night club.”

She said the bullying then migrated online and when they made a ‘fake page’ about Nicole, she contacted the Gardaí. 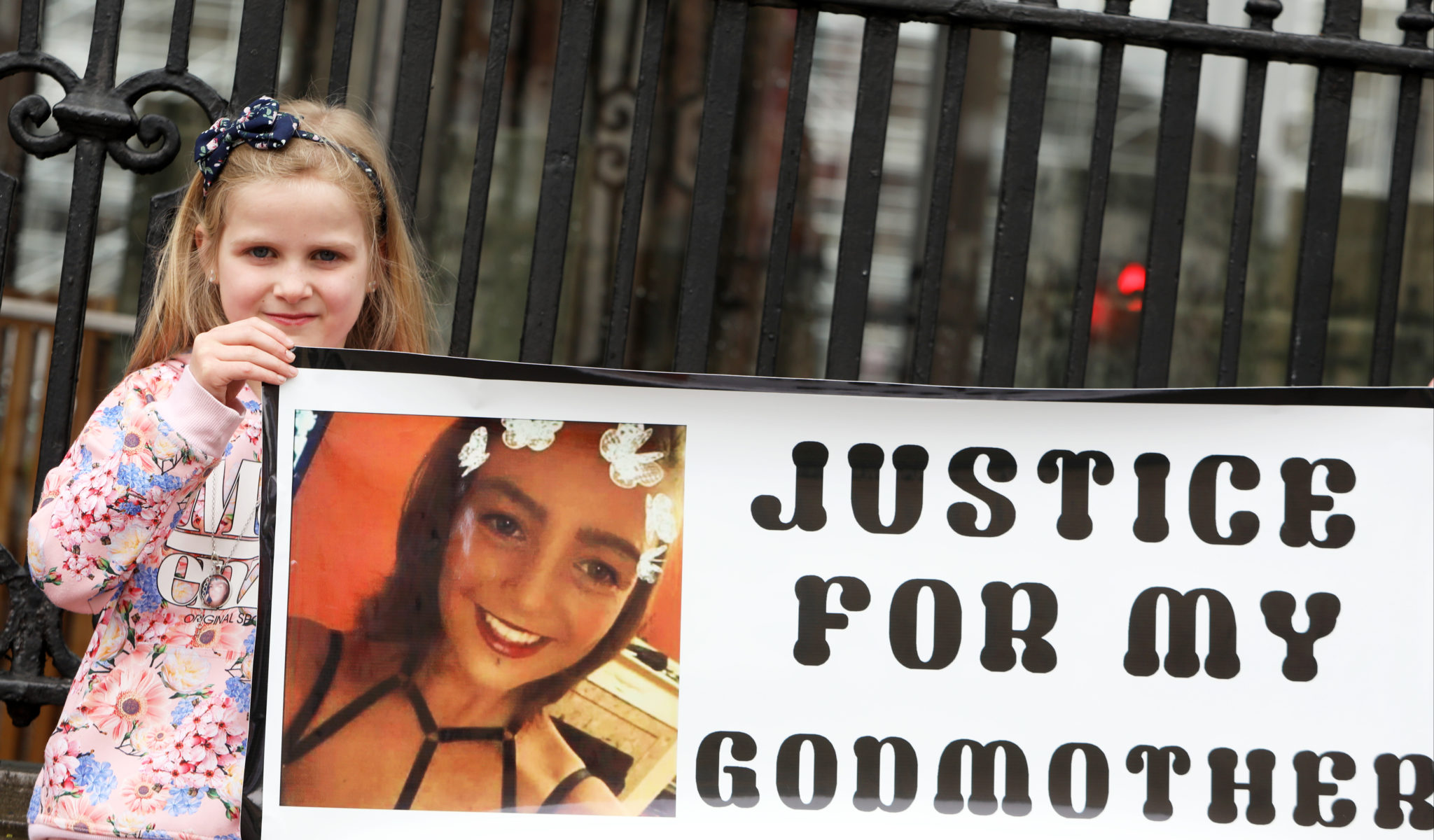 She said Nicole was never an anxious person; however, as things went on, she used to “throw up in the bathroom with nerves at the thought of going out.”

“She would go out and she could ring at 1am in the morning and go, ‘quick mam come and get me,’” she said.

Ms Fox said that when she went to the Gardaí, she was told that online abuse was not a crime and their hands were tied.

“There's no law over here to stop online bullying,” she said.

“I could go on Facebook and annihilate you and say anything I want and there's nowhere you can go. If I physically hurt you, yeah, you can charge me but online, you can’t. There's no law there to protect you.”

After listening to Jackie Fox & the other mother’s speak outside the Dáil today there are no words. It’s time for TDs to act and pass Coco’s to make cyber bullying a crime. pic.twitter.com/6zNnF3V7Ch

She said Nicole’s death still feels like it happened a couple of weeks ago but it, “seems like forever since I've seen her smile or heard or talk.”

“It seems a lifetime since I've heard her say, ‘night Mam, I love you,’” she said.

“I would always say, ‘night Coco Pops, I love you too,’ and you know, it just seems for ever since then.

“Nicole loved McDonald's and I used to always give out to her and say, ‘it’s no good for you,’ but now, I would do anything to bring her to McDonald's, to do anything.”

You can listen back to Ms Fox’s interview with Andrea Gilligan here: