UK Prime Minister Boris Johnson announced last night that the country would be the lockdown from Thursday.

The restrictions, which will be in place until December 2nd, mean that people can only leave their homes for specific reasons such as essential work, school, exercise or food shopping.

Pubs and restaurants will close across England, as will non-essential shops, hairdressers, gyms and entertainment venues.

Schools and universities will stay open, and people are encouraged to work from home.

Travel abroad is only permitted for work reasons, with holidays banned.

Different households will not be allowed to mix, but support bubbles and childcare bubbles will remain.

Speaking to Sophy Ridge on Sunday today, Tory frontbencher Michael Gove also defended the delay in reintroducing the nationwide restrictions, which had been called by the UK government's own scientific advisers back in September.

Tougher action was needed now because the "situation has been worse than any of us expected" and threatened to overwhelm the NHS, said Mr Gove.

But he said it would be "foolish" to predict what would happen with the pandemic over the next four weeks, and admitted the lockdown may have to be extended.

Asked if the national restrictions could be extended, he replied: "Yes." 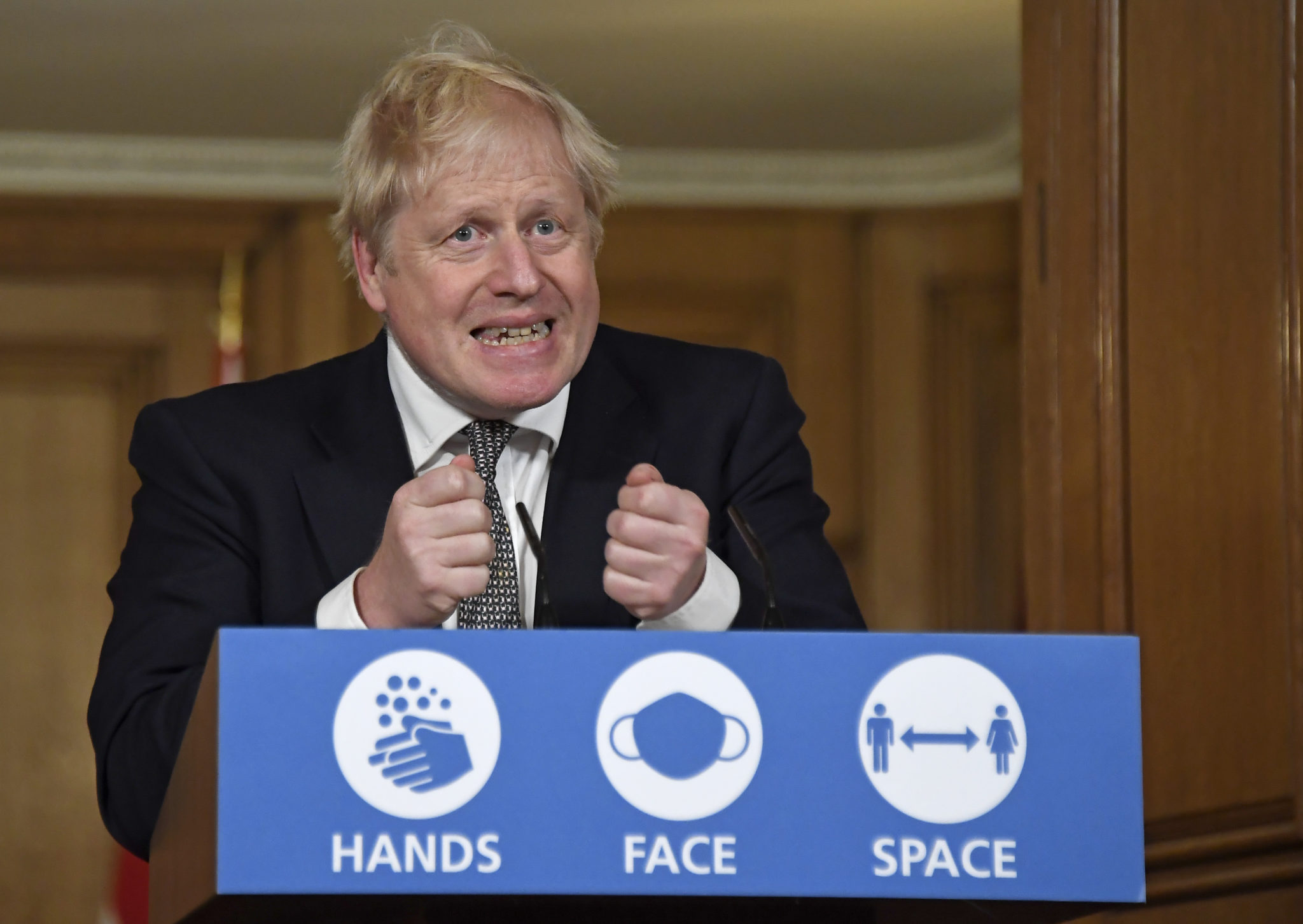 'Christmas is going to be different'

It comes as the number of people being admitted to hospital with coronavirus in the UK soars.

Nearly 22,000 more COVID-19 tests have come back positive there in the past 24 hours, which means there have now been more than one million lab-confirmed cases since the start of the outbreak.

Mr Johnson said "Christmas is going to be different this year" and that "by taking tough action now, we can allow families across the country to be together".

He added: "Our hope was that by strong local action, strong local leadership, we could get the rates of infection down where the disease was surging, and address the problem thereby across the whole country.

"And we will continue as far as we possibly can to adopt a pragmatic and local approach in the months ahead.

"But as we've also seen from those charts, we've got to be humble in the face of nature.

"And in this country alas as across much of Europe the virus is spreading even faster than the reasonable worst case scenario of our scientific advisers.

"Whose models as you've just seen now suggest that unless we act we could see deaths in this country running at several thousand a day.

"A peak of mortality alas far bigger than the one we saw in April.

"And so now is the time to take action because there is no alternative.

"From Thursday until the start of December, you must stay at home."