A doctor who tried to warn others about the coronavirus outbreak back in December has died from t...

A doctor who tried to warn others about the coronavirus outbreak back in December has died from the infection, according to Chinese state media.

There was confusion earlier as the Wuhan hospital which treated Dr Li contradicted state media, and said the opthalmologist was in a critical condition.

But the state-run Global Times has now confirmed his death.

Dr Li raised the alarm about novel coronavirus on December 30th when he sent a message to his medical school alumni group warning them to wear protective clothing.

Dr Li told them seven patients from a local seafood market had been diagnosed with a SARS-like illness and were quarantined in hospital. 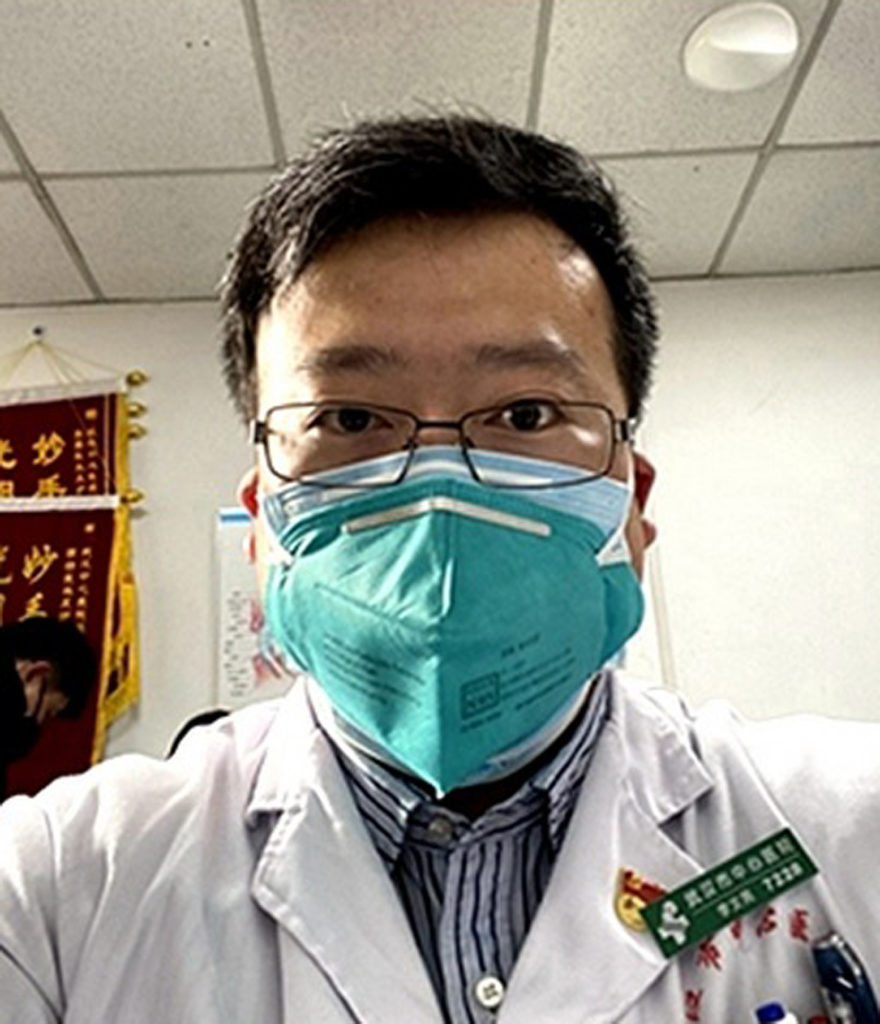 A screenshot of the message went viral on Weibo, China's version of Twitter, and he and seven others were accused of "rumour-mongering" by Wuhan police who tried to silence him.

The doctor was told to sign a letter that accused him of "making false comments" that had "severely disturbed public order".

China did not alert the World Health Organisation (WHO) about the new illness until the end of December, then scientists determined it was a coronavirus and was spreading rapidly.

Dr Li fell ill in early January after treating a woman with glaucoma and was confirmed to have the coronavirus on February 1st.

In blog posts he wrote covering the length of his illness, he said he thought the virus could be passed through eyes as his first symptoms were like conjunctivitis.

He wrote last Thursday: "Today nucleic acid testing came back with a positive result, the dust has settled, finally diagnosed."

Reporting on his death, state media hailed him as a "whistleblower", having originally said he was "rumour-mongering".

On hearing of his death, the WHO tweeted: "We are deeply saddened by the passing of Dr. Li Wenliang. We all need to celebrate work that he did on #2019nCoV."

At today's #2019nCoV media briefing @DrMikeRyan was asked about reports that Dr Li Wenliang had passed away, and he expressed condolences.

WHO has no information on the status of Dr Li. pic.twitter.com/59UzWpcfa7

The death toll from mainland China jumped by 73 people on Thursday to 563 - mostly in Hubei province - with 28,018 confirmed infections inside the world's second largest economy.

Hong Kong has had 22 cases, including one death, while the Chinese autonomous region of Macau had had 10 cases.

Japan has had the most cases outside China, with 45, while Singapore, Thailand and South Korea follow behind with 28, 25 and 23 respectively.

Outside mainland China, at least 240 cases have been confirmed - with Europe's total rising to 30 on Thursday after Germany reported its 13th case, and the UK reported a third.

The WHO, which has declared a global public health emergency, said it is too soon to say the outbreak is peaking.