At least 78 people have been killed in a car bomb attack at a check point in Somalia’s capital ...

At least 78 people have been killed in a car bomb attack at a check point in Somalia’s capital city, according to local officials.

The bomb exploded outside a tax collection centre in Mogadishu during morning rush hour.

Images from the scene show a mass of mangled vehicles and clouds of black smoke.

The city's mayor, Omar Mohamud Mohamed, said university students were among those killed. 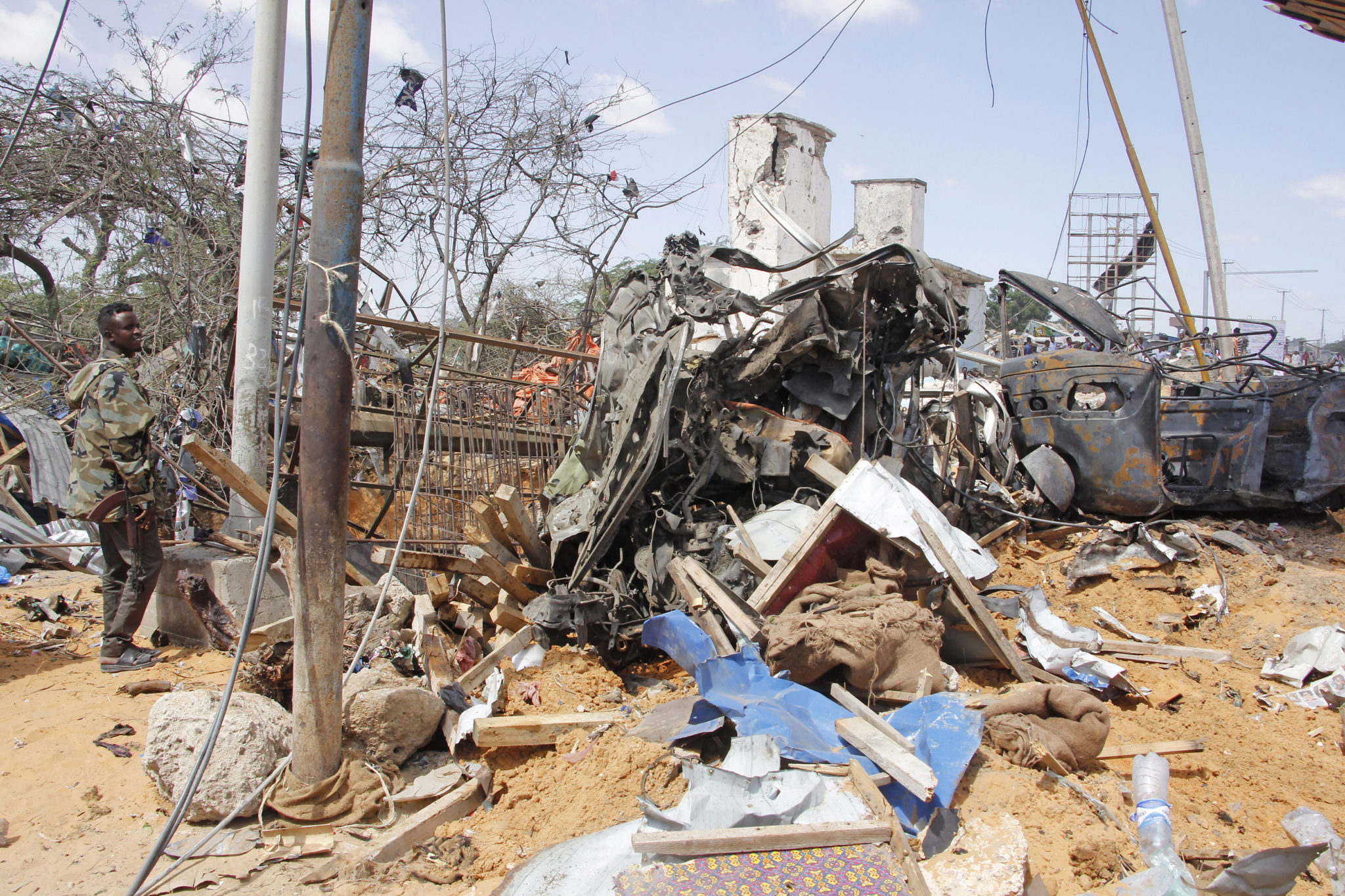 A soldier stands guard near wreckage of vehicles in Mogadishu after a car bomb attack, 28-12-2019. Image: AP Photo/Farah Abdi Warsame

No group has yet claimed responsibility for the attack; however, the Al Qaeda-linked terrorist organisation al Shabaab has carried out similar atrocities in the past.

The group, which controls other parts of the country, has a history of targeting the city's infrastructure including checkpoints and hotels.