Charlie Bird has said his beloved dog is always there with him when he has an uncontrollable crying episode.

The journalist, who has motor neurone disease, said he never thought he wanted a dog.

"All through my life I had no interest in dogs," he said.

"I was in France one time and I was doing an early morning run on a beach, and from nowhere a pack of dogs appeared and they began chasing me.

"I was almost scared to death.

"I was always on the road and couldn't keep a dog, even if I wanted one". 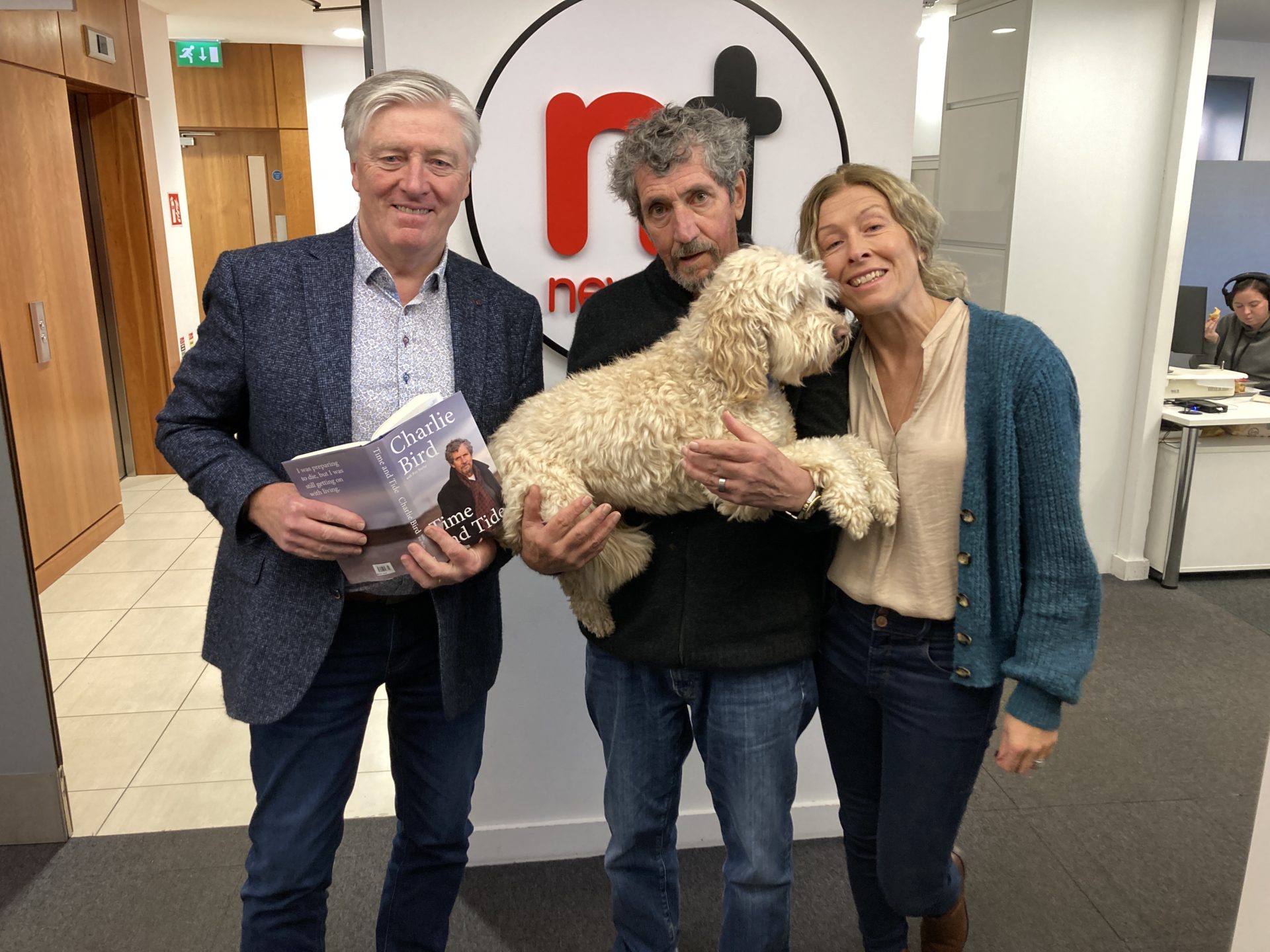 (left to right) Pat Kenny, Charlie Bird, with Tiger, and his wife Claire in Newstalk studios in Dublin. Picture by: Rory Walsh/Newstalk

He said his wife Claire changed his mind.

"When Claire, now my wife, moved in with me and began pestering me to get a puppy," he said.

"Eventually when her dad was dying in hospital, she again asked me to get a puppy, and that is how Tiger came into my life."

'When I get uncontrollable crying episodes, he is minding me.' @charliebird49 on the comfort his pet dog has brought him throughout his illness. @PatKennyNT pic.twitter.com/kcJq0BSDjW

"I'm totally mad now about Tiger; he has been with us now for over six years.

"In the past year, when I get these horrible coughing fits, Tiger stares at me, and the same when I get the uncontrollable crying episodes - again Tiger is there in my mind.

"He is minding me - I would lose my life if anything ever happened to him.

"Myself and Claire are totally besotted by him; he sometimes sleeps in the bed with [us].

"I often go to bed at night and I'm having a very emotional cry, and Claire brings Tiger up to me and I hold on to him for much of the night.

"I go nowhere now without Tiger".

Charlie said he accidentally bought Tiger from a puppy farm, despite his best efforts not to.

"I did an awful lot of research to make sure I didn't buy the cockapoo from a puppy farm.

"We did everything to make sure we were not buying from a puppy farm.

"I even asked the lady who was selling the puppies if I could see the father of the litter, and she told me that her husband had ran over him.

"I was totally misled.

"Not long after we got Tiger, we had to take him to the vet to get him checked over.

"The vet said, given his condition, he probably came from a puppy farm.

"I eventually discovered that where I bought him from, the farm has over 70 breeding bitches.

"I was on the Late, Late Show with Tiger urging people not to buy from puppy farms, but regrettably it is still happening", he added.

Charlie's new biography, 'Time And Tide' with Ray Burke, has recently won an An Post Irish Book Award for Biography of the Year.

Main image: Charlie Bird with Tiger and his wife Claire in Newstalk studios in Dublin. Picture by: Rory Walsh/Newstalk