The Governor of the Central Bank Gabriel Makhlouf has warned that debt created as a result of the...

The Governor of the Central Bank Gabriel Makhlouf has warned that debt created as a result of the coronavirus pandemic will see Ireland "vulnerable to future shocks".

Addressing the Special Oireachtas Committee on COVID-19, he said the economic outlook remains very uncertain and that the path ahead for the economy will depend on the future path of the virus.

He also said the degree to which containment measures need to remain in place or be re-introduced, and the immediate and longer-lasting effects on behaviour and economic activity, will also be factors.

Looking ahead, he said policies should continue to focus on supporting the productive capacity of the economy, and avoid scarring effects such as long-term unemployment.

"Any such action by the Government is likely to be costly in the near-term but will benefit the fiscal position over the medium term if it is effective in reducing the degree of damage to the economy’s productive capacity".

He also said the rise in the Government deficit and debt ratios is "both warranted and necessary" and is currently affordable.

But he added: "The high level of debt will leave Government finances vulnerable to future shocks and it will be important for the Government to provide a clear and credible return to much lower and sustainable deficit and debt positions".

And he said the country’s ability to withstand the immediate impacts of the COVID-19 shock is partly a result of policy actions over the last decade.

"There needs to be a continued focus on building economic resilience to future shocks, including a more sustainable debt position but also the longer term structural changes that would help to manage the challenges of international tax reform, the longer-term implications of the UK’s withdrawal from the EU and climate change". 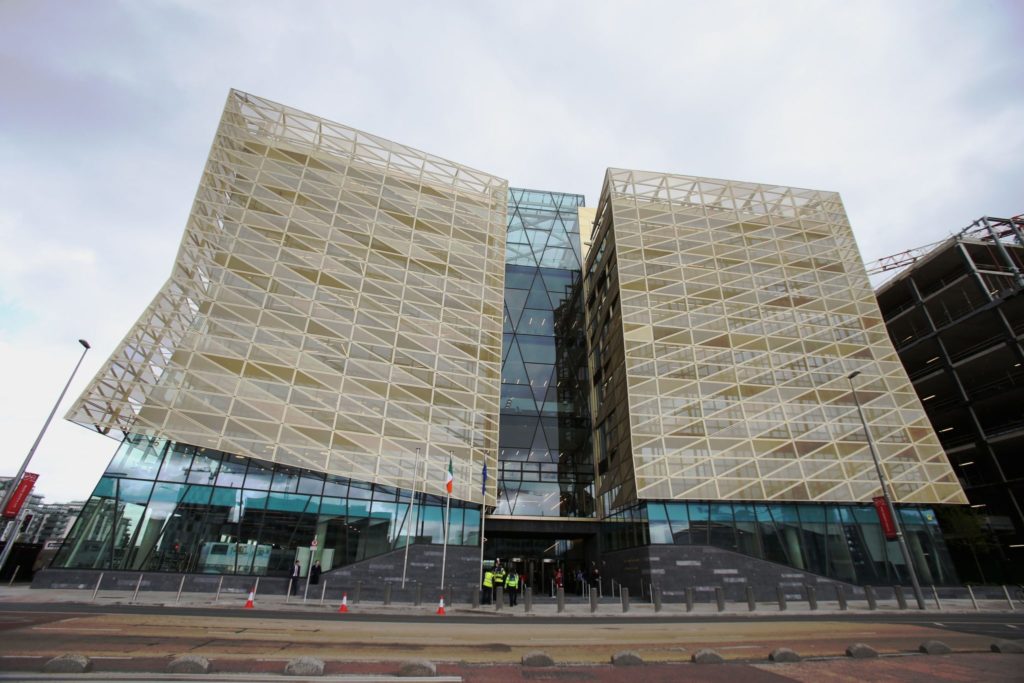 A view of the Central Bank of Ireland's Dublin Docklands headquarters

On the pandemic, Mr Makhlouf said: "In most countries, including Ireland, the policy response has been two-fold: first, public health measures which have -by necessity - interrupted economic activity and, second, a range of fiscal, monetary, macro-prudential and micro-prudential policy actions to cushion the impact on the economy".

The Central Bank has previously outlined two scenarios: one - a baseline - assumes that the phased easing of the containment measures takes effect as planned.

The other - a more severe scenario - assumes the current containment measures remain in place for longer because of a resurgence of the virus.

Mr  Makhlouf explained: "Under our baseline, consumer spending is projected to rebound in the second half of this year but to decline by 10% for the year as a whole.

"Overall, the recovery is expected to be gradual, reflecting a lingering effect of the shock on consumers and businesses.

He added: "The unemployment rate is set to decline from its second quarter peak of about 25% as the year progresses and is projected to be around half that level by the end of this year."

GDP is also projected to fall by 9% this year.

Under the severe scenario, GDP would drop by over 13% this year and output would not recover to its pre-crisis level until 2024.

Both scenarios also assume that a free trade agreement between the EU and the UK, with no tariffs or quotas, takes effect in January 2021.

"If that doesn’t happen, it is likely that growth in the Irish economy will be weaker," he said.