Census 2022: Where are Ireland's new houses being built?

Census 2022: Where are Ireland's new houses being built?

New Census data shows the housing stock in the State has increased to 120,945.

Kildare and Meath saw the largest increases - they both went up by 12%. 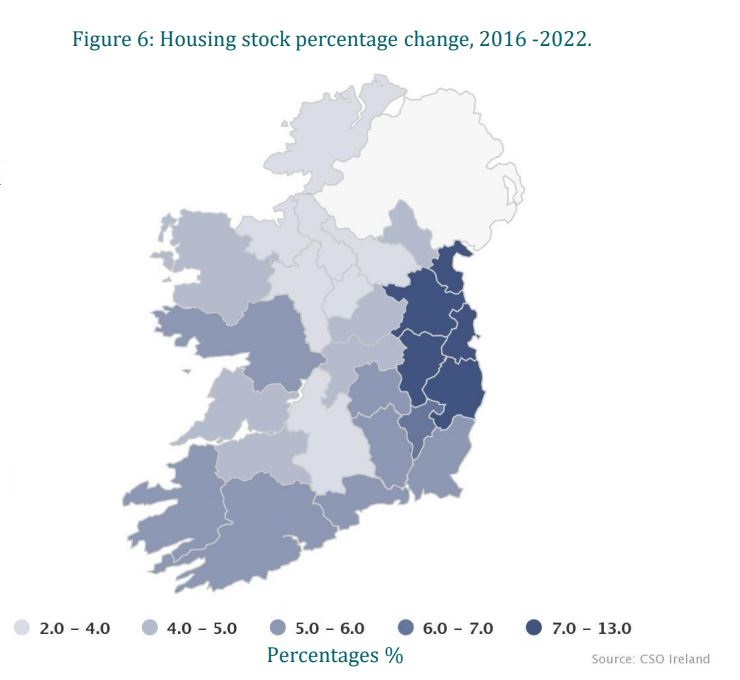 There were also modest rises of 3% in Tipperary, Leitrim, Roscommon, Cavan and Donegal.

While occupied dwellings grew at more than twice the rate of the housing stock. 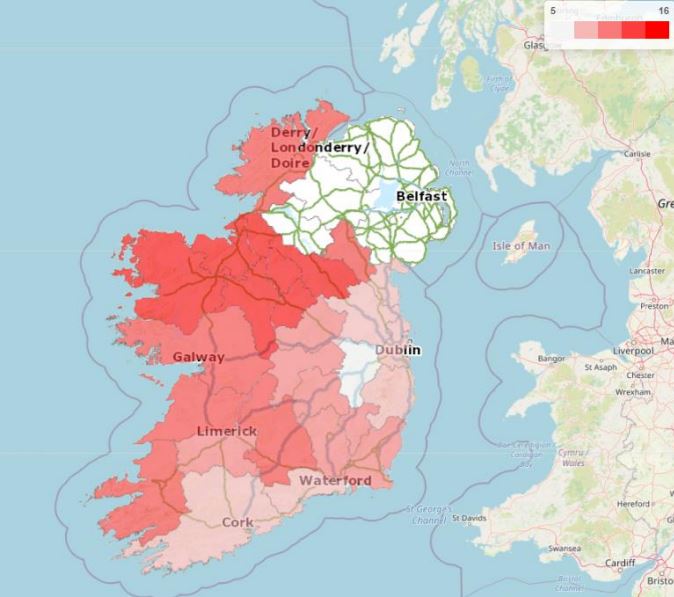 And in Roscommon the population increased by more than 8% and the housing stock rose by 3%. 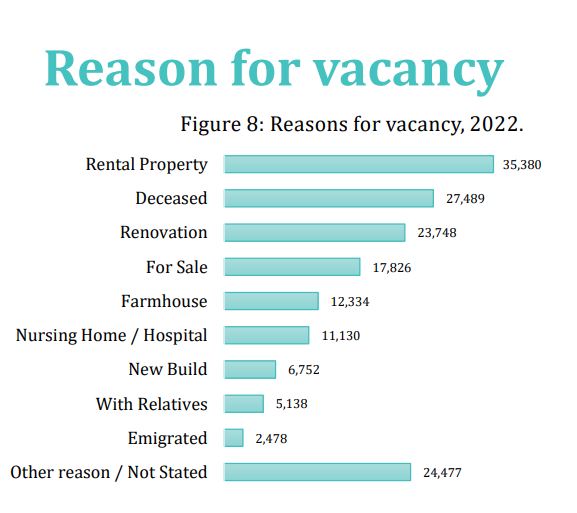 But the CSO says a vacant building doesn't necessarily mean they are available for re-use or to house other people.

Increasing size of the Dáil 'the right thing to do' - Donohue

Today is census day: a chance to tell Ireland's story in data

Census results could see '10 more TDs' in the next Dáil