A digital campaigner has warned that online disinformation leads to offline harm, such as the dea...

A digital campaigner has warned that online disinformation leads to offline harm, such as the deadly Capitol riots in Washington DC.

Several people died when supporters of outgoing US President Donald Trump stormed the Capitol Building in the US capital.

Craig Dwyer, who is also a lecturer in DCU, says Ireland is not so far behind the US.

He told The Hard Shoulder: "It is an issue here in Ireland - we are seeing where far-right and extremist groups will be trying to exploit and tragedies to sow seeds of doubt, and to divide and polarise communities as well".

"If we look to the events on Captiol Hill last Wednesday: that's when we start to see where disinformation starts to really, really become a problem - and when it turns into offline, real-world harms".

He said far-right groups started to mobilise and organise online "but the harm is when that actually leads to those awful kind of scenes that we saw last Wednesday".

Disinformation - more commonly known as 'fake news' - is false information that is intentionally designed and deployed to mislead and deceive the public.

Whereas misinformation is information that is shared by people that they believe to be true. 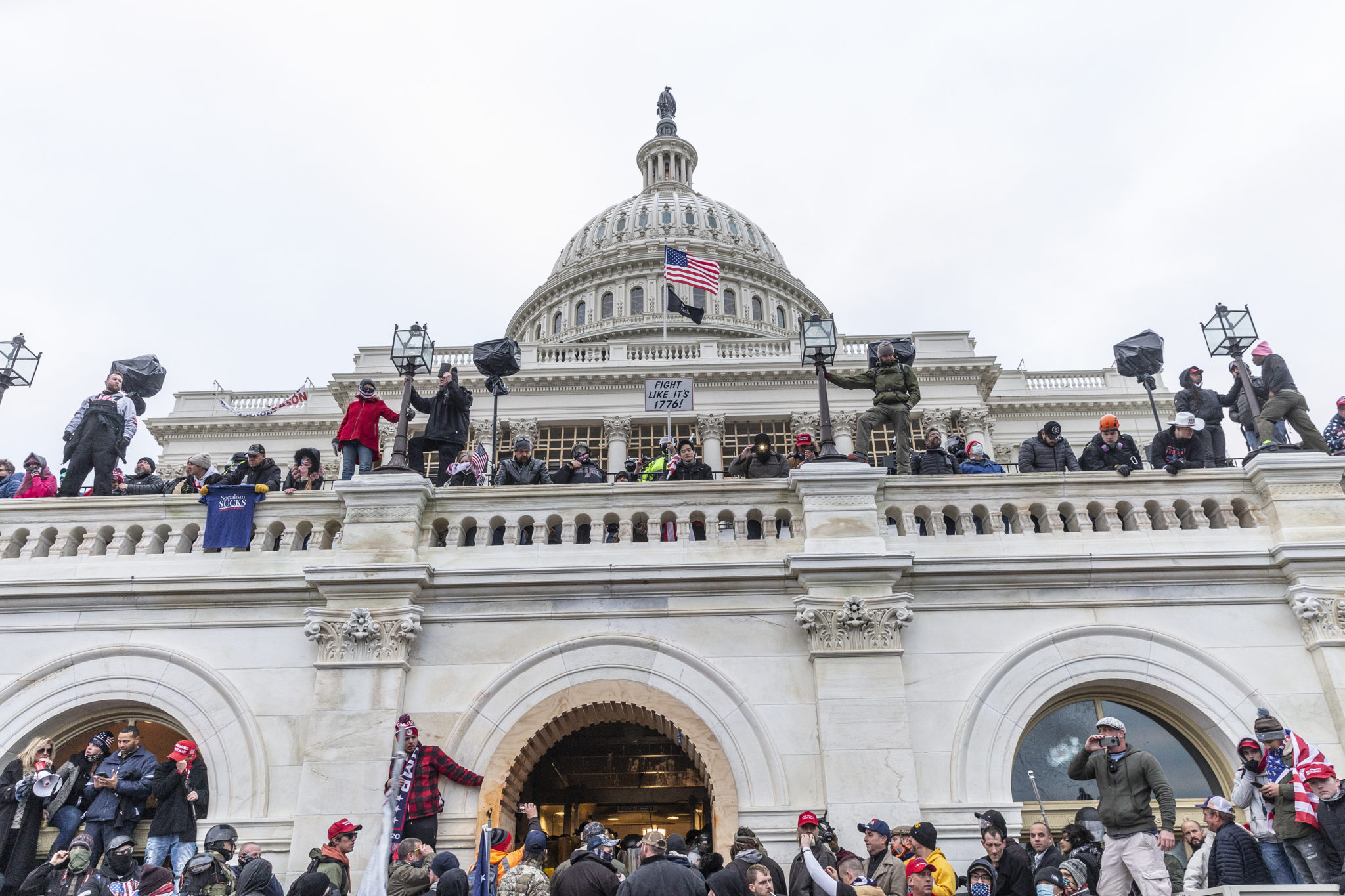 Protesters all over the Capitol Building in Washington DC, which pro-Trump supporters breached on January 6th, 2021. Picture by: Lev Radin/SIPA USA/PA Images

Dwyer warned that people need to be on their guard.

"I think it's a question of 'we can't be complacent'.

"I think when it comes to disinformation and the far-right and extremist groups here in Ireland, sometimes we might think that they're at the fringe and we don't really need to worry about it too much here.

"But I don't think that that is the case".

"If it's left unchecked like that, it can start to really grow and manifest".

He said people need to become more informed and understand what tactics are being used.

"Being able to spot it, identify it and counter it as well I think is really, really important".

He added that this is a problem "on all sides", but that "the weaponising is being used by the anti-democratic and the more extreme far-right groups".

Main image: Pro-Trump protesters inside the US Capitol Building in Washington DC on on January 6th, 2021. Picture by: Michael Nigro/SIPA USA/PA Images

US envoy to Northern Ireland resigns over Trump protests