A first responder with the Irish Whale and Dolphin Group says they cannot re-float whales, who wa...

A first responder with the Irish Whale and Dolphin Group says they cannot re-float whales, who washed up on a beach in Co Donegal.

A number of the whales have died, in what has been described as the largest live stranding of the animals in the country's history.

They were discovered at Rossknowlagh on Wednesday morning.

The Irish Whale and Dolphin Group has asked for the public to give them "space and respect to die without too much stress".

"Myself and another volunteer from the Irish Whale and Dolphin Group stayed late last night looking after the last living whale and we stayed as long as we were able.

"I'm hoping to get back down now... to check on the status of that whale."

"So they were Northern Bottlenose Whales, which are quite an illusive spices.

"They live very far off-shore and they're a deep-diving species, so it's unusual to see them this far in.

"There were around seven or eight that we could see when I arrived on the scene.

"There was three out of the water and the one that was alive took all of my attention.

"We tried our best to keep it as stress free as we could". 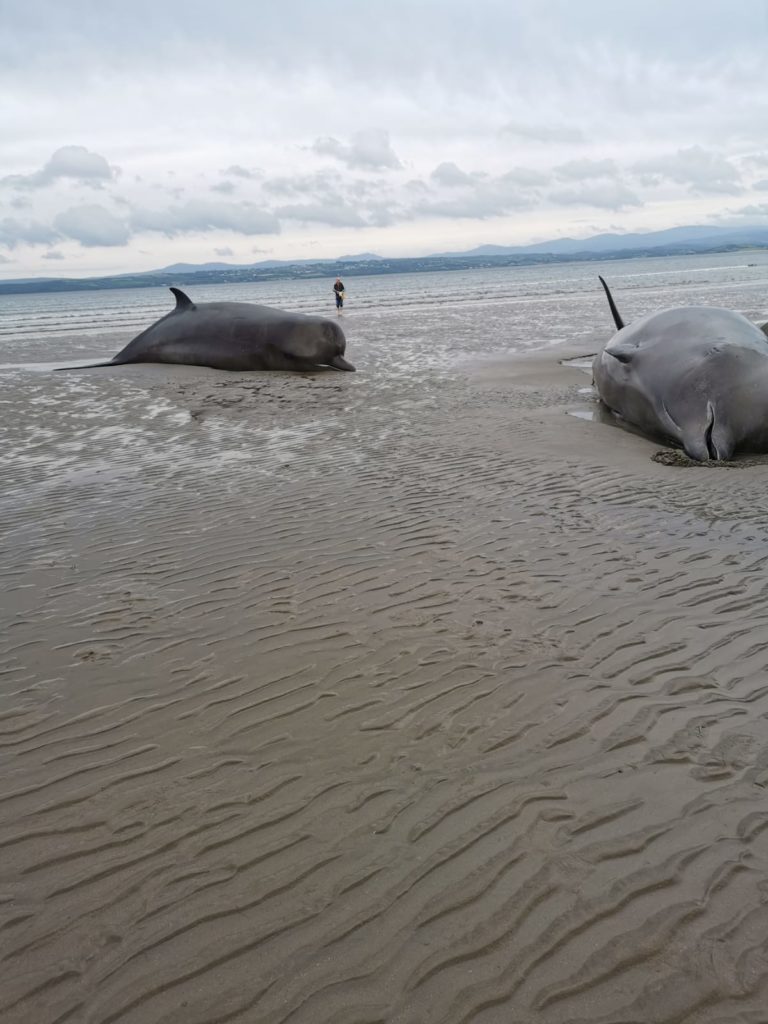 "First thing is you try and keep as many people away from the whales as we could, and the Guards were very, very helpful in doing that.

"And then it's a matter of making sure that it's positioned alright and keeping noise levels really, really low.

"And applying wet materials - so towels and I had some curtains - to the whale to keep it hydrated and that also helps cool it down and keep the stress levels low".

She agreed this was akin to palliative care for the mammals.

"As first responders for the Irish Whale and Dolphin Group that's one of the things that we do.

"So we assess the situation as soon as we arrive to see what's the best course of action.

"And if we know that we can't re-float them, which in this case it was very clear that that wasn't going to be an option, then our job is to try and keep them as happy as we possibly can".