Several businesses in Dublin city have come together to ask Transport Minister Shane Ross to chan...

Several businesses in Dublin city have come together to ask Transport Minister Shane Ross to change gear on cycling investment.

The business group Dublin Chamber has written to Mr Ross, to renew its call for a step change in the delivery of safer cycling infrastructure in the capital.

They say it is now six years on from the announcement of the Greater Dublin Area Cycle Network Plan, which was to provide the rollout of more than 2,500km of continuous cycle lanes.

The letter, which carried the names of around 100 businesses, expressed concern at the continued delay to much-needed projects such as the Liffey Cycle Route and the Fitzwilliam Cycle Route.

The move is part of a partnership between Dublin Chamber and the CyclingWorks Dublin campaign - which aims to encourage the business community to pressure the Government to "significantly increase the amount of money it is spending on safe cycling infrastructure in Dublin". 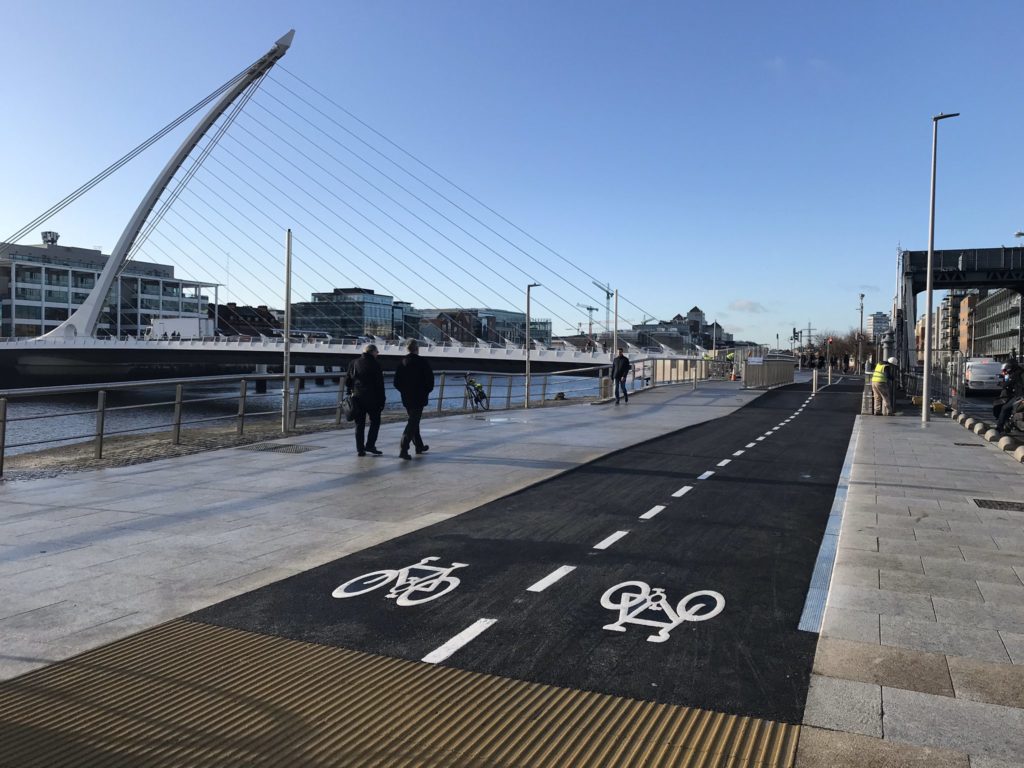 "More than six years on, it is hugely disappointing - and concerning - that so little of the plan has been delivered.

"The number of cyclists in Dublin has increased by 150% over the past 12 years, but this progress has come despite, rather than because of, Dublin's present cycling infrastructure.

"For the most, cycling infrastructure in Dublin remains inadequate and, in large areas of the city, rather dangerous."

Dublin Chamber said in the letter that it was concerned by the drop in cyclist numbers in 2018.

The organisation attributed a 2% decline to the lack of safe cycle lanes in the city.

"There is an open goal for Dublin to increase the number of people cycling in the city over the next decade.

"The demand is absolutely there, but encouraging more people to get on their bikes is contingent on Dublin becoming a safer place to cycle around", Mr McQueen added.

In its letter, the business group said: "In the medium term, we believe that there is scope for at least 20% of commutes in the city to be made via bicycle.

"However, we do not believe that this will happen unless there is more concerted and ambitious investment in the city's cycling infrastructure."