A British woman found guilty of fabricating a claim that she was raped by a gang of Israeli youths in Cyprus has received a four-month prison sentence - suspended for three years.

The 19-year-old, from Derbyshire in England, says she was the victim of a horrific attack, and was previously told she faced up to a year in prison.

"She's coming home," her mother shouted to supporters outside court, adding that she was "very relieved at the sentence".

After hugging her family and her legal team, the teenager left court in tears with her head in her hands.

The judge said he was giving her a "second chance".

Her lawyer, Lewis Power, said she would be returning to the UK on Tuesday. "She is adamant of her innocence and that she has told the truth," he said.

Mr Power told reporters that they are planning to appeal the conviction and take the case to the Supreme Court of Cyprus - and if necessary, "fight this case all the way to the European Court of Human Rights".

He said the teenager had been "stripped both of her dignity and her basic human rights", had been "diagnosed with severe PTSD" and suffered a "deterioration of her mental health". 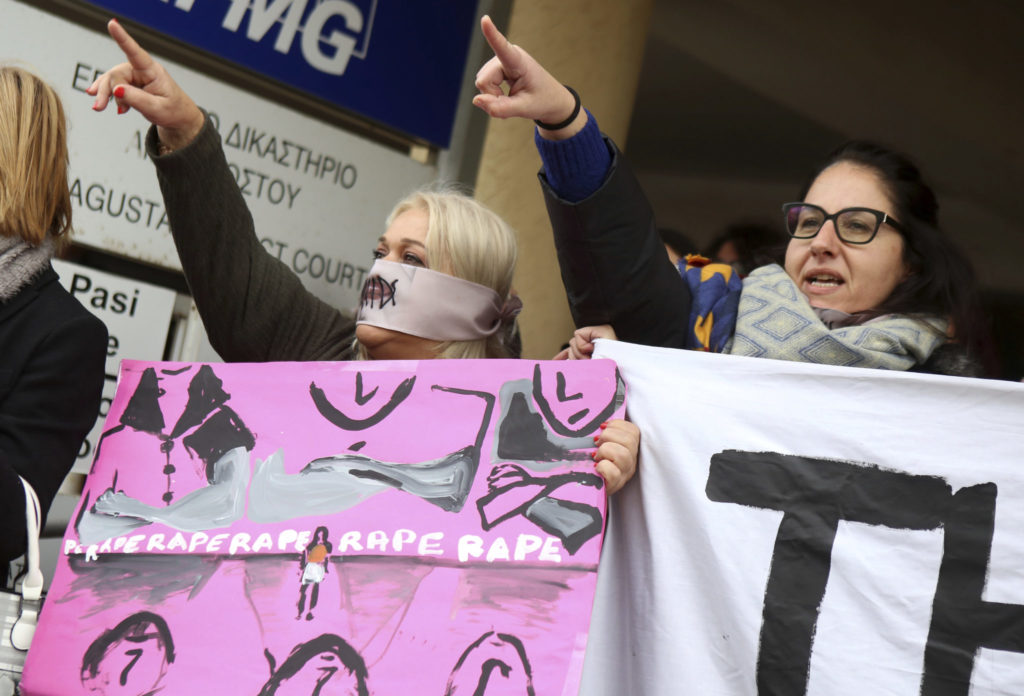 In a hearing in Paralimni on Tuesday morning, Judge Michalis Papathanasiou said the case had "troubled" him, adding: "All the evidence shows that she had lied and prevented the police from doing other serious jobs."

He continued: "Twelve people were arrested and seven of them were there for at least 10 days. That was also a serious offence."

But her "psychological state, her youth, that she has been away from her family, her friends and academic studies this year" led Judge Papathanasiou to "give her a second chance and suspend the sentence for three years".

A group of women who travelled from Israel chanted outside court: "Cyprus justice, shame on you", "stop blaming the victim" and "you are not alone".

Some held placards reading "we believe you" and "don't be afraid".

The teenager has been on the island since claiming she was raped by up to 12 Israeli tourists in a hotel room in Ayia Napa on July 17th.

She previously told a Cypriot court that a statement she made withdrawing her allegations was given under duress and while facing threats from Cypriot police.

Last week, she was found guilty of the offence of "public mischief" - in other words, of falsifying an allegation of a crime.

The judge said she had willingly had sex with one man, and then lied out of a sense of shame.