Britain's Prince Andrew has said he is stepping back from public duties, following an interview a...

Britain's Prince Andrew has said he is stepping back from public duties, following an interview about his links to convicted US sex offender Jeffrey Epstein.

The son of Queen Elizabeth II said he "let the side down" as a member of the British royal family.

The scandal involving the American billionaire and allegations against the prince led Buckingham Palace to issue a number of unexpected statements in the past four years - denying the prince had sex with a 17-year-old girl and that he knew anything of Epstein's crimes against underage girls.

In an interview with BBC's Newsnight last week, he was asked about why he stayed with Epstein after the billionaire had admitted having sex with an underage girl.

Prince Andrew said: "I stayed with him and that's... that, as it were, I kick myself for on a daily basis because it was not something that was becoming of a member of the royal family and we try and uphold the highest standards and practices and I let the side down, simple as that."

Video taken in 2010 showed Prince Andrew looking out of the door of Epstein's mansion in New York as he was staying with the billionaire. 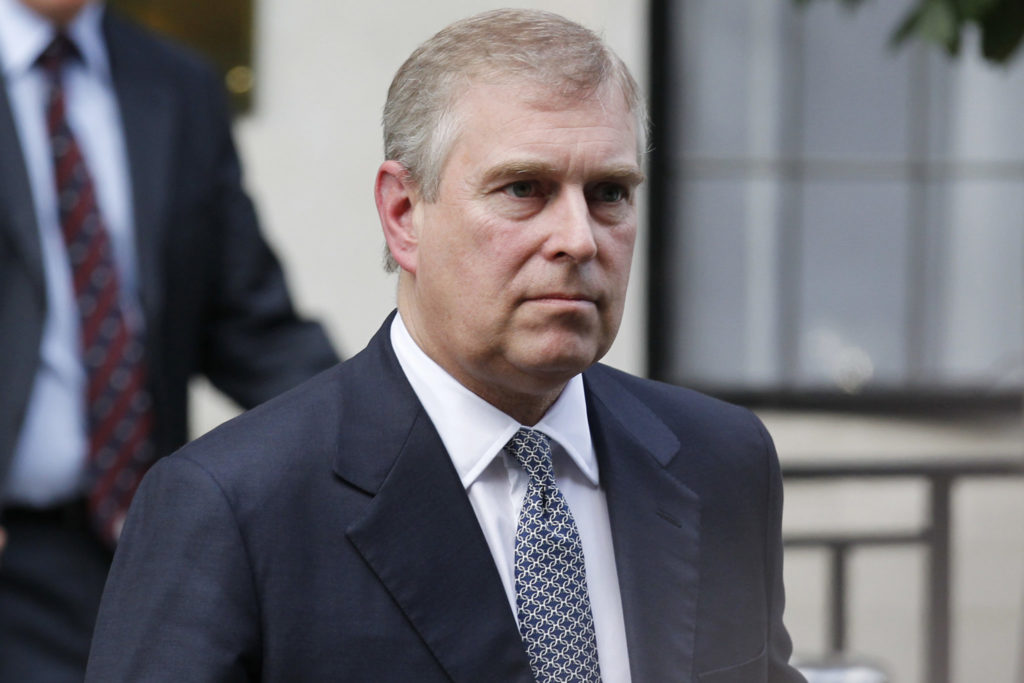 It was two years after Epstein had been convicted of having sex with underage girls. Photos were also taken of the two men walking in Central Park.

Those close to the prince said he had gone to America to tell Epstein that they could no longer be friends.

In the interview, he was also asked about allegations made by one of Epstein's victims - Virginia Roberts - who claims she was made to have sex with Prince Andrew when she was 17-years-old, after a night out in London.

The prince claimed that he was in a pizza restaurant on the night he was accused of having sex with Ms Roberts.

In a statement on Wednesday, Prince Andrew said: "It has become clear to me over the last few days that the circumstances relating to my former association with Jeffrey Epstein has become a major disruption to my family's work and the valuable work going on in the many organisations and charities that I am proud to support."

He said he asked Queen Elizabeth II if he could step back from public duties "for the foreseeable future" - and that she gave him permission.

He added: "I continue to unequivocally regret my ill-judged association with Jeffrey Epstein.

"His suicide has left many unanswered questions, particularly for his victims, and I deeply sympathise with everyone who has been affected and wants some form of closure.

"I can only hope that, in time, they will be able to rebuild their lives. Of course, I am willing to help any appropriate law enforcement agency with their investigations, if required."