Vaccinated people over the age of 16 are eligible to book their booster shot from today.  Appoin...

Vaccinated people over the age of 16 are eligible to book their booster shot from today.

Appointments can be booked online and individuals between 16 and 29 will be given a single dose of the Pfizer/ BioNTech vaccine. Those over 30 will be given Moderna.

The acceleration of the vaccine rollout comes amid record case numbers; on 1st January the Department of Health confirmed that a further 23,281 people had tested positive for the virus, while the five day moving average leapt to 17,876.

The testing system is currently overwhelmed with demand; on New Year’s Day there was not a single appointment available on the HSE’s website for a PCR test and the Government has said that individuals can use an antigen test order when applying for Enhanced Illness Benefit. 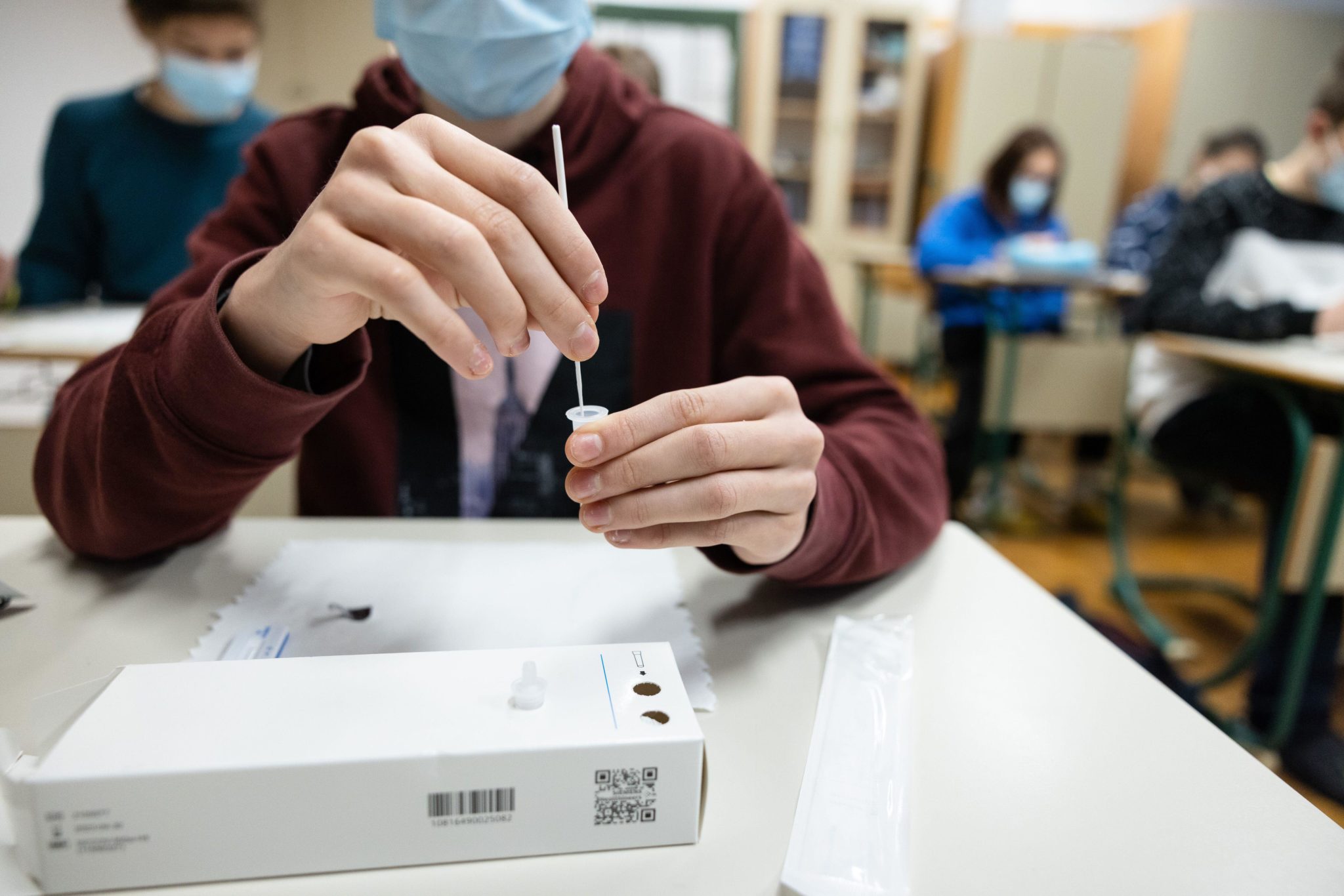 A student self-tests with a rapid COVID-19 antigen kit at a primary school in Slovenia in November 2021. Picture by: Sipa USA / Alamy Stock Photo

People with symptoms between the ages of four and 39 can now order antigen tests free of charge; Damien McCallion, an HSE national director, told The Sunday Times that the health service has “a good stock” of one million antigen test kits and that supply chains remain strong.

“I think when the Government says that there’s going to be a huge reliance on antigen testing in the middle of this surge of COVID then they need to support people to be able to follow their guidelines,” Deputy Smith told Newstalk.

“And if they want us to do antigen testing they’re going to have to supply them to people for free.

“And it would absolutely make public health sense to do so.”

Deputy Smith also urged the Government to reinstate contact tracing in schools when children return to the classroom:

In November, Minister for Health Stephen Donnelly told Newstalk that contact tracing in schools was stopped because scientists had concluded that children were generally becoming infected in households, not within the classroom.