Catholic bishops have voted to back a move to allow married men become priests at a conference in...

Catholic bishops have voted to back a move to allow married men become priests at a conference in The Vatican.

It would only be allowed in limited circumstances in some areas in South America with a shortage of priests.

"It can take months or even years for a priest to return to a community to celebrate mass or offer the sacraments of reconciliation and anointing of the sick", a document notes.

Delegates at a special synod on how to spread the faith in the Amazon on Saturday voted 128 to 41 for the move.

However it also says that some delegates were in favour of a "more universal approach to the subject".

Pope Francis must approve the proposal for it go into effect.

The plan is proposing to "establish criteria and dispositions on the part of the competent authority, within the framework of Lumen gentium 26, to ordain to the priesthood suitable men who have already legitimately constituted a stable family".

It also says these men would be "held in esteem" by the community. 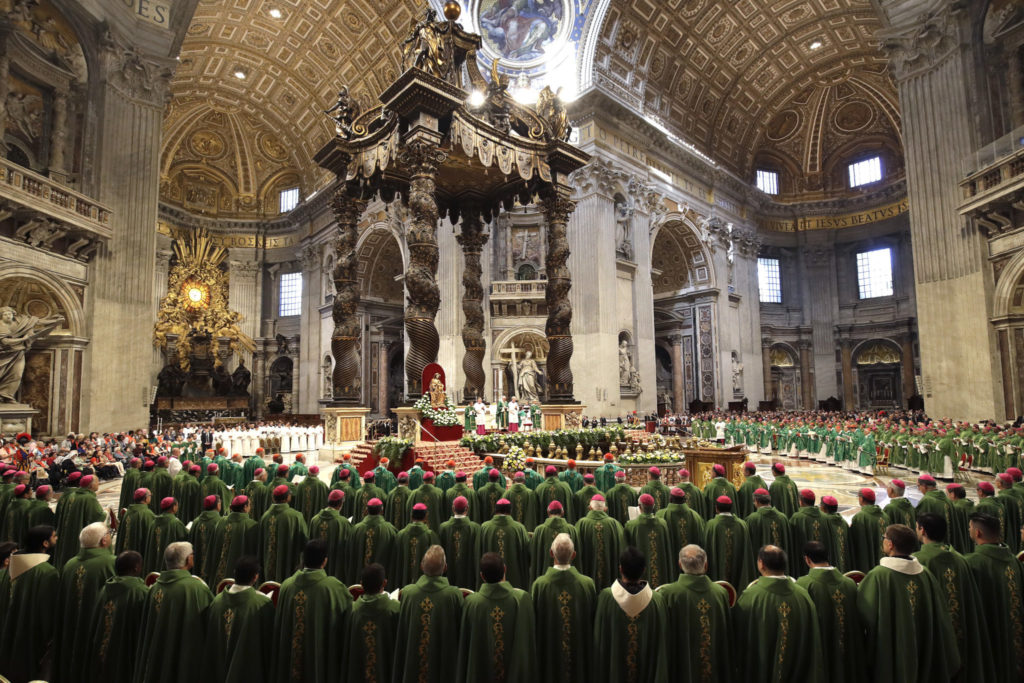 Pope Francis presides over a mass for the closing of the Amazon synod in St Peter's Basilica at The Vatican | Image: Alessandra Tarantino/AP/Press Association Images

But many commentators are making a distinction: the move relates to married men becoming priests, and not priests being allowed to marry.

A document published following the assembly deals with a wide variety of topics - including mission, defence of the indigenous peoples and the role of women.

On women in the church, it suggests there should be particular attention to the participation of the laity - both men and women - considered 'privileged actors'.

The document says this participation should be strengthened and expanded "for men and women in an equitable way".

The synod says the voice of women should be heard, and that they be consulted and participate in a more decisive way in decision-making.

This would include taking up leadership "more forcefully" within the church, in pastoral councils, or even in areas of government.

It also wants to see the creation of a ministry recognising women "who are leaders of the community."