The head of Bank of Ireland has said the outlook for the economy remains positive despite uncertainties.

It also saw an underlying profit of €758m and a pre-impairment increase of 10% of its operating profit.

It says this "primarily reflects a more normalised level of impairments and also losses on a small number of large exposures during 2019." 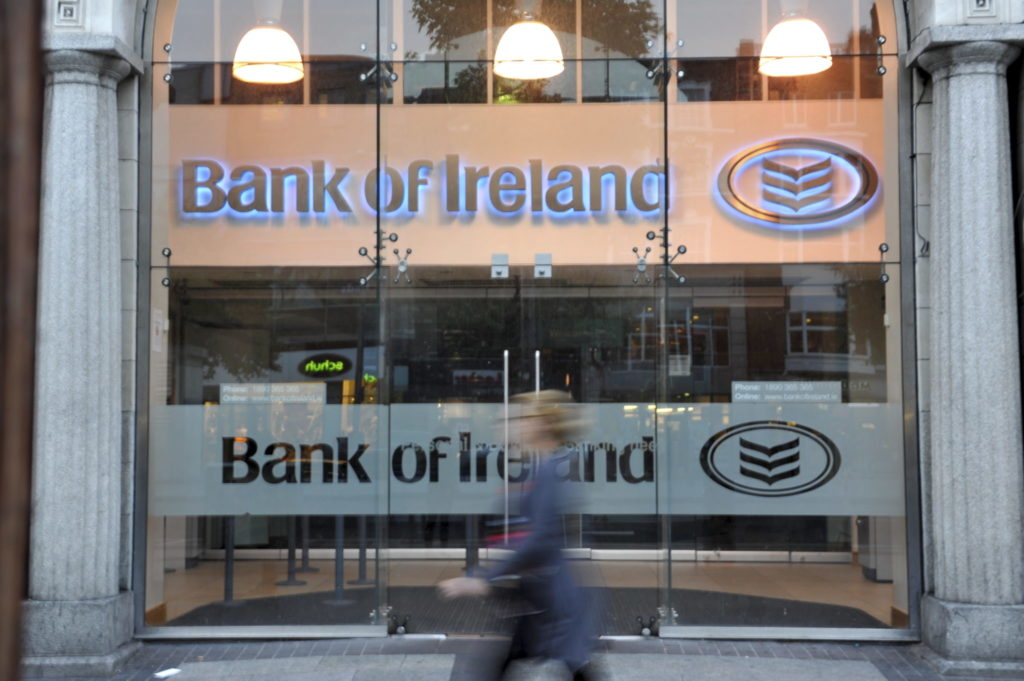 A woman passes the closed entrance of a Bank of Ireland branch in Dublin city in June 2013 | Image: Rolf Haid/DPA/PA Images

"We feel that the economic outlook and the growth opportunities in Ireland are strong.

"And we've evidence of that: we had a 2bn net lending growth increase in our group overall.

"And in our wealth and insurance business - which is very important for us in Ireland - we saw our profitability from that business grow by 11%."

On cost cutting, Ms McDonagh said the company will continue this strategy this year.

"We've actually invested 20 million in our branch network... the reduction in property is in head office space in Ireland and also in the UK - which we've reduced by 30%."

"And when we talk about cost reduction, it's not necessarily reduced head count.

"In some areas, we've actually insourced some roles that we were previously paying externals to do for us".

"I see the branch network as still very important for a significant portion of our customers - at the same time we are investing in our digitisation.

"We now have a mobile app... we're going to be rolling that out to our customers in March and we've also done some significant investment in our wealth and insurance platforms."

"You can open a current account with us with a selfie now in less than 10 minutes and we migrated two million customers to a new platform.

"We're investing in our branches, but at the same time in our technology".