Locals on a small island off the coast of Donegal have written open letters, to try and persuade ...

Locals on a small island off the coast of Donegal have written open letters, to try and persuade people to move there.

Arranmore, or Árainn Mhór, is five kilometres off the north-west coast and has a population of just 469 people.

The island also has three schools, a health centre and a community centre.

It was just recently connected with broadband, which was impetus for the open letters.

Some 22% of the population are currently employed, compared to 17% who are unemployed or looking for their first job.

A further 29% are retired, with the remaining population in education, unable to work or caring for others. 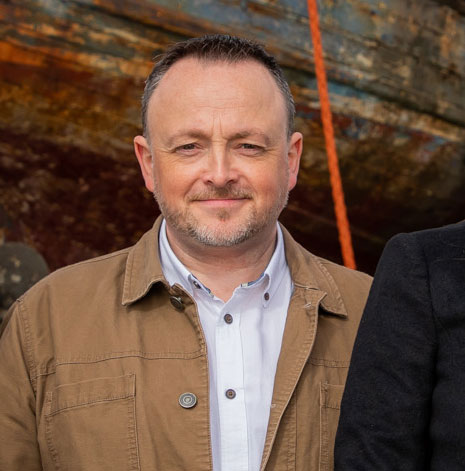 The open letters are addressed to the people of the United States and Australia - asking them to consider moving there.

He told Newstalk Breakfast with Susan Keogh: "It's the kind of place where... it's a tight knit community, but we've a large Diaspora as well spread around the world of people who have maybe left Arranmore over the years to go in search of work".

He said while the island has a wide-ranging demographic "from the very youngest to the very oldest... Our demographic has changed over the years where we would have maybe about 40%-plus would be over the age of 65".

In terms of the open letter, Mr Begley explained: "The letter actually came about from a point of view that we recently opened a digital hub on the island.

"The reason that we set that up was that a couple of years ago, the island council were deciding on ways we could boost the community.

"So we contacted the Diaspora... and asked them what would be the sort of thing they'd be interested to work on or to look at with regards to trying to get people to move home".

He said the availability of job opportunities and internet access came up as the most prevalent issues.

"We set about getting funding for a digital hub on the island", he said.

"Once we got the digital hub open and running, we thought we should really reach out to the world to say that there are people here on the island - people who are trained and educated in various different roles".

"We have app developers here, game developers, people who work in the media... who could make use of the good connection so that they could reach out to the world and do business with anybody, anywhere.

"That was what the open letter primarily was about: sort of putting ourselves on the map with regards from a business perspective".