Gardaí are appealing for witnesses in relation to break-ins of 15 cars and the theft of a van in Co Cork.

It happened at Eltins Wood and Compass Quay in Kinsale on Monday.

Gardaí are appealing for anyone who was in the Eltins Wood or Compass Quay area of Kinsale - particularly road users with video footage - between 3.30am and 4.30am to contact them.

They are also appealing for anyone who may have seen the stolen white Renault van in the area to contact Bandon Garda station on 021-477-9250, the Garda Confidential Line at 1800-666-111 or any Garda station. 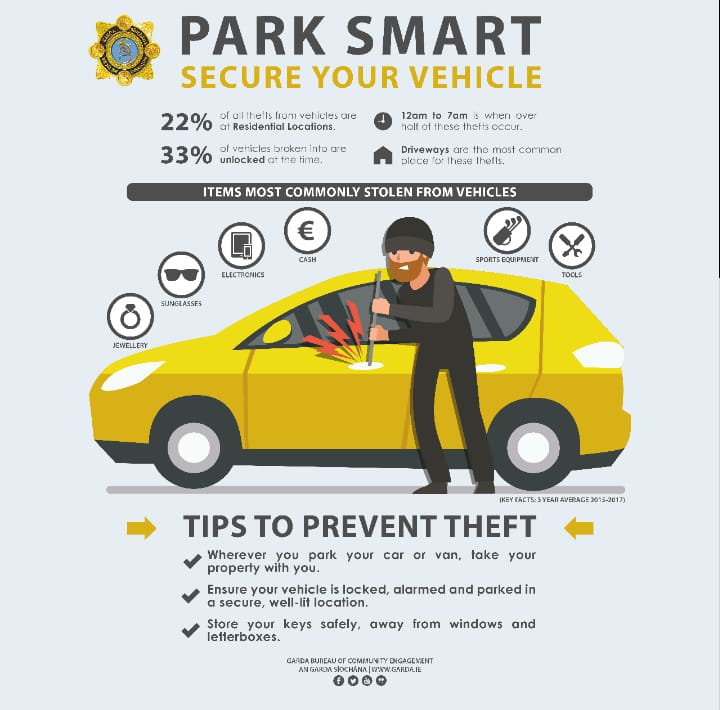 Sergeant James O'Donovan said: "Last year our Park Smart campaign highlighted that criminals are going through housing estates and trying to open car doors, hoping they get some that are unlocked.

"Unfortunately, a lot of the cars last night were left unlocked.

"However, it was good to see that most people had no items in their cars at all.

"Since 2016, €30m worth of items were stolen from vehicles and outside our homes and in driveways are the most common places for it to happen.

"Because everyone is adhering to Government restrictions on staying indoors, our vehicles are going to all be parked up for the next couple of weeks so I would ask that nobody leave anything of value in them, no matter where it is parked, and make sure it is locked at all times".