Apps such as Uber operate in Ireland, but cannot use the ride-sharing option

One taxi driver says he would have safety concerns if ride-sharing options were introduced in Ireland.

It comes after Tánaiste Leo Varadkar said Uber and Lyft could be brought in to help address the taxi shortage.

Uber currently operates in Ireland - however, drivers need to hold a taxi licence to offer rides for pay.

Its ride-sharing aspect cannot currently be used here, but has been popular in places like the UK and US.

Lyft has yet to make the move to Ireland.

"Taxi drivers have two major concerns on ride-sharing apps - the most important one would be the safety aspect.

"Every taxi that you get into in Dublin or Cork or Galway, every single driver is fully vetted, fully insured, fully licenced.

"It's not the same with Uber: anybody can literally sign up in the UK, in the US to be an Uber driver.

"You don't know who is behind the wheel... for the main safety aspect, I would be dead against it.

"The second issue that drivers would have in Dublin - but we're mainly seeing it in the UK - is the price surging.

"And I don't think a lot of people realise how Uber's business model actually works." 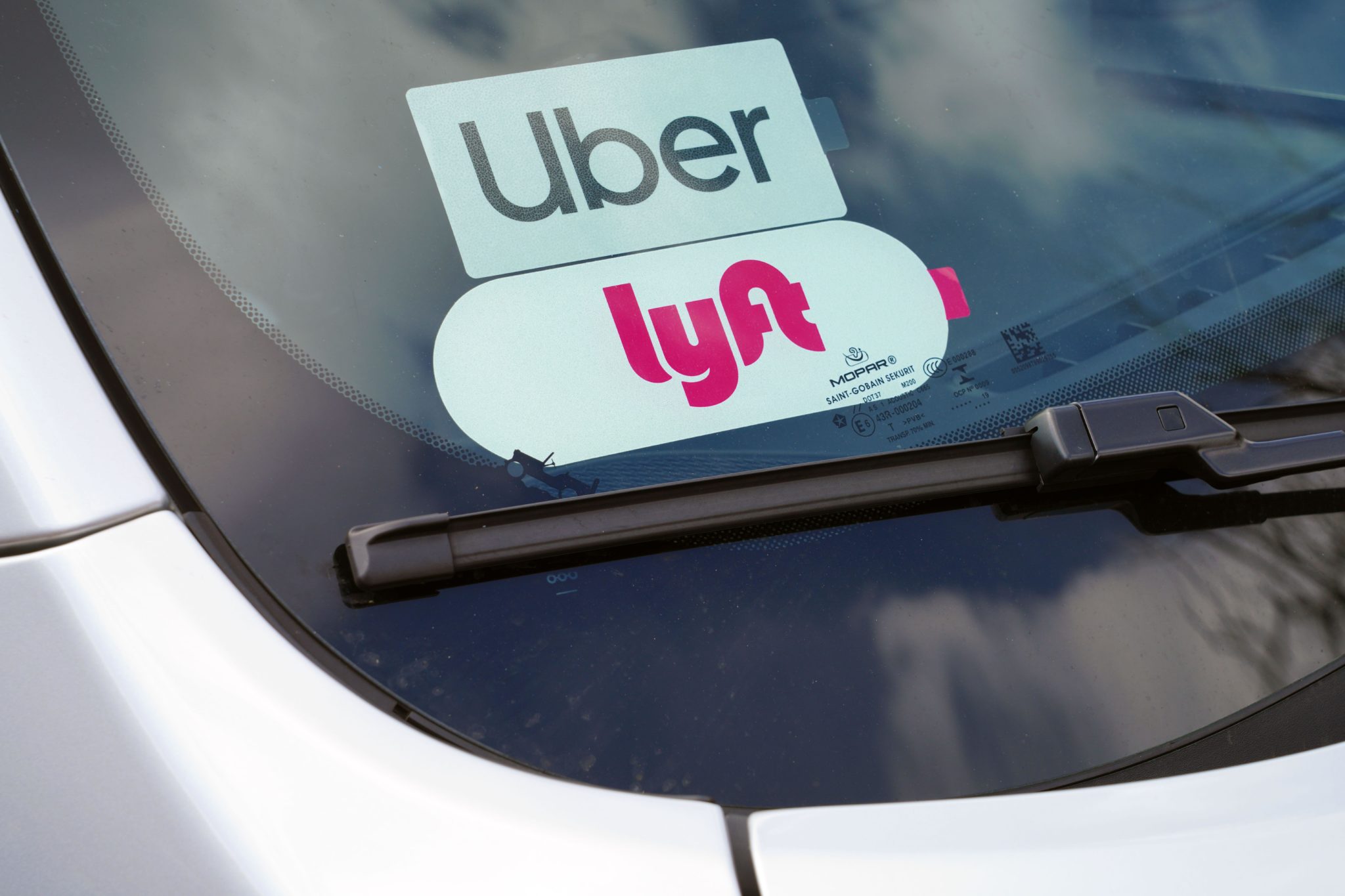 A car with stickers for both the Uber and Lyft ride share service is seen in the US in April 2020. Picture by: EQRoy / Alamy Stock Photo

He says the current taxi shortage is due to several factors.

"We've lost about 40% of the fleet due to various retirements, some drivers have died.

"A lot of the non-Irish drivers have left the jurisdiction, have returned back home.

"A lot of our eastern European colleagues, who would have trades, have gone back to construction - because there's a lot more money in construction."

'Fear for their personal safety'

While James says taxi drivers themselves are facing safety issues.

"The reason why the main issue seems to be late at night is the safety aspect.

"A lot of drivers do fear for their own personal safety.

"If you bring somebody out at 8 o'clock in the evening, they're the nicest people in the world.

"You pick them up at 3 o'clock in the morning - when they've had a fill of drink, drugs or both - and they've a totally different personality.

"If you ask any taxi driver in Dublin, every taxi driver will tell you that they get verbally assaulted numerous occasions per week.

"I can guarantee you there's drivers every weekend being physically assaulted.

"It's the main reason why drivers don't work nights".

Uber says everyone who drives with them is screened before their first trip.

"In addition, Uber re-runs these driver screenings every year and uses technology to look for issues in between.

"It's part of our commitment to help keep you safe when you request a ride with Uber", the company adds.

Main image: The Uber app being used at a taxi rank in Dublin in August 2016. Picture by: PA Images / Alamy Stock Photo