The German Chancellor has sent her congratulations to the man behind the famous “Angela Merkel ...

The German Chancellor has sent her congratulations to the man behind the famous “Angela Merkel Thinks We’re at Work” flag from Euro 2012 on the day of his wedding.

The cheeky flag hit the headlines around the world during the football tournament in Poland for making light of the EU's treatment of Ireland during the financial crash.

On Newstalk Breakfast this morning, the couple said they had no idea it would make a comeback on their wedding day.

"At the time I suppose it struck a chord with people and it took off and it in newspapers and radio stations all over the world and all over Europe," said Richie. "But we eventually auctioned the flag for charity and we kind of finished with it then.

"Orlagh's dad who is German had been in touch with Angela Merkel's office about six months ago.

"We didn't know anything about this but he actually invited her to the wedding.

"I don't think it was in her schedule to be able to come but she sent us a lovely letter kind of wishing us well and advice for marriage and all of this kind of thing." 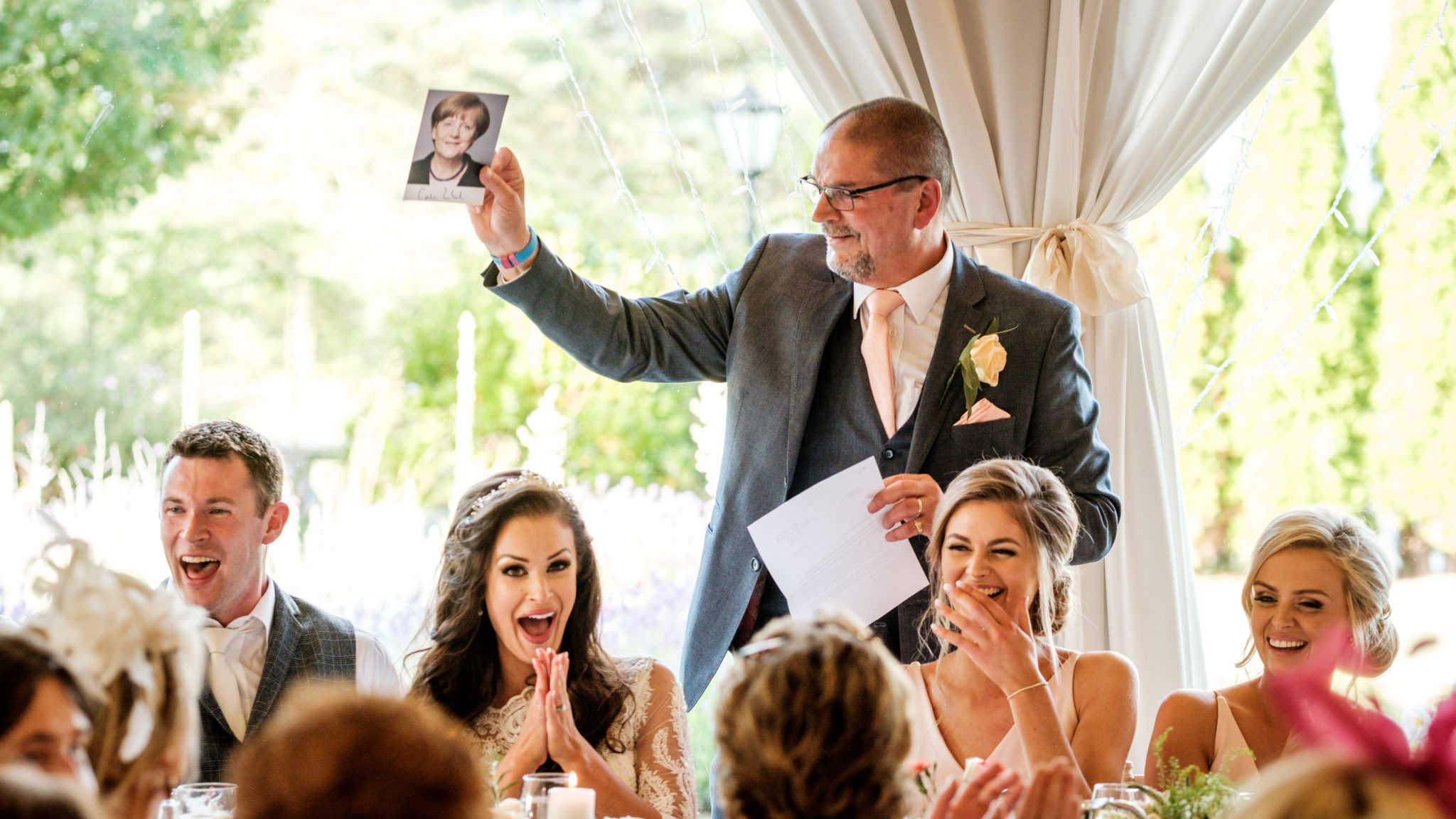 Orlagh said she had "no idea" her father had been in contact with the German Chancellor.

"I thought his speech was wrapping up and he had said really lovely things and everyone was saying, 'oh that was a lovely speech' and the next thing he gets out the letter and the picture," she said.

"I had pains in my sides from laughing and tears in my eyes and that is what you want on your wedding day." 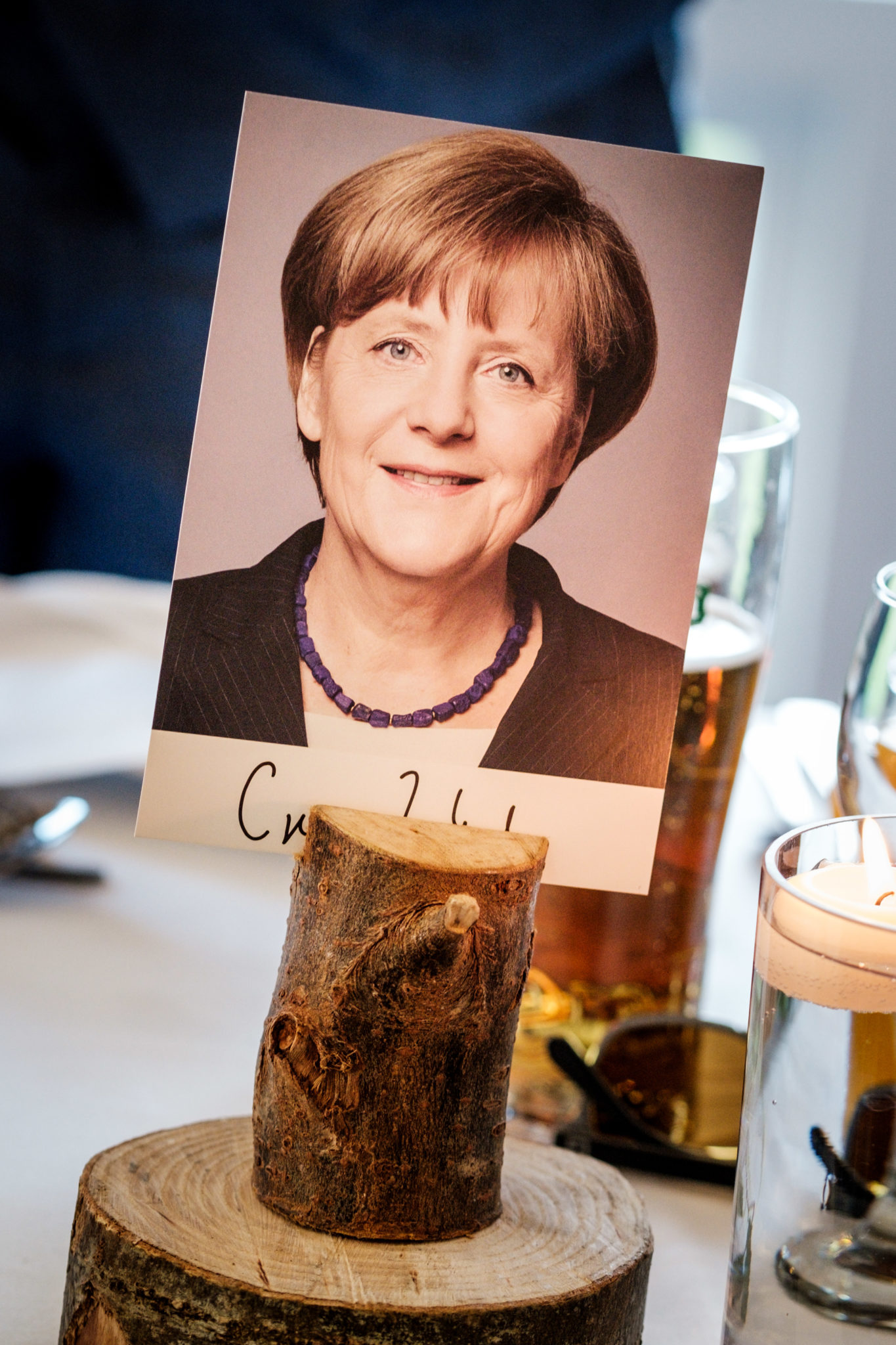 She said the Tipperary/Limerick wedding was "really rowdy" already with " loads of heckling and shouting."

"There is a picture in one of the papers today and we are laughing so loud I would say you could park a bus in my mouth.

"It was hilarious, it really added to the day. It was a howl."

"When dad produced the Angela Merkel picture , the room went wild," she said.

Richie said the couple met in Ireland a few months after the Euros; however, it was a chance meeting in South East Asia that put them on the path to marriage.

"She was going to Thailand in the summer and so were we - me and a couple of friends," he said.

"I thought I wouldn't be able to meet her there, it would be kind of a needle in a haystack but I was walking along the street over there one day and she was sitting at a bar outside the hotel we were staying at.

"I had to keep walking and pretend I hadn't seen here at all and straighten myself up, get myself right and come back."

In her letter to the happy couple, Mrs Merkel wrote that: "Marriage, like life itself, is not a comfortable and peaceful state, but a great adventure with many surprises and trials to pass."