His finance and health ministers - Rishi Sunak and Sajid Javid - stepped down in protest on Tuesday.

It came after Mr Johnson had promoted MP Chris Pincher into a senior role, despite having been told about allegations of sexual misconduct made against him.

In a snap YouGov poll on Tuesday of more than 3,000 people, 69% believe Mr Johnson should resign - while 18% say he should remain in power. 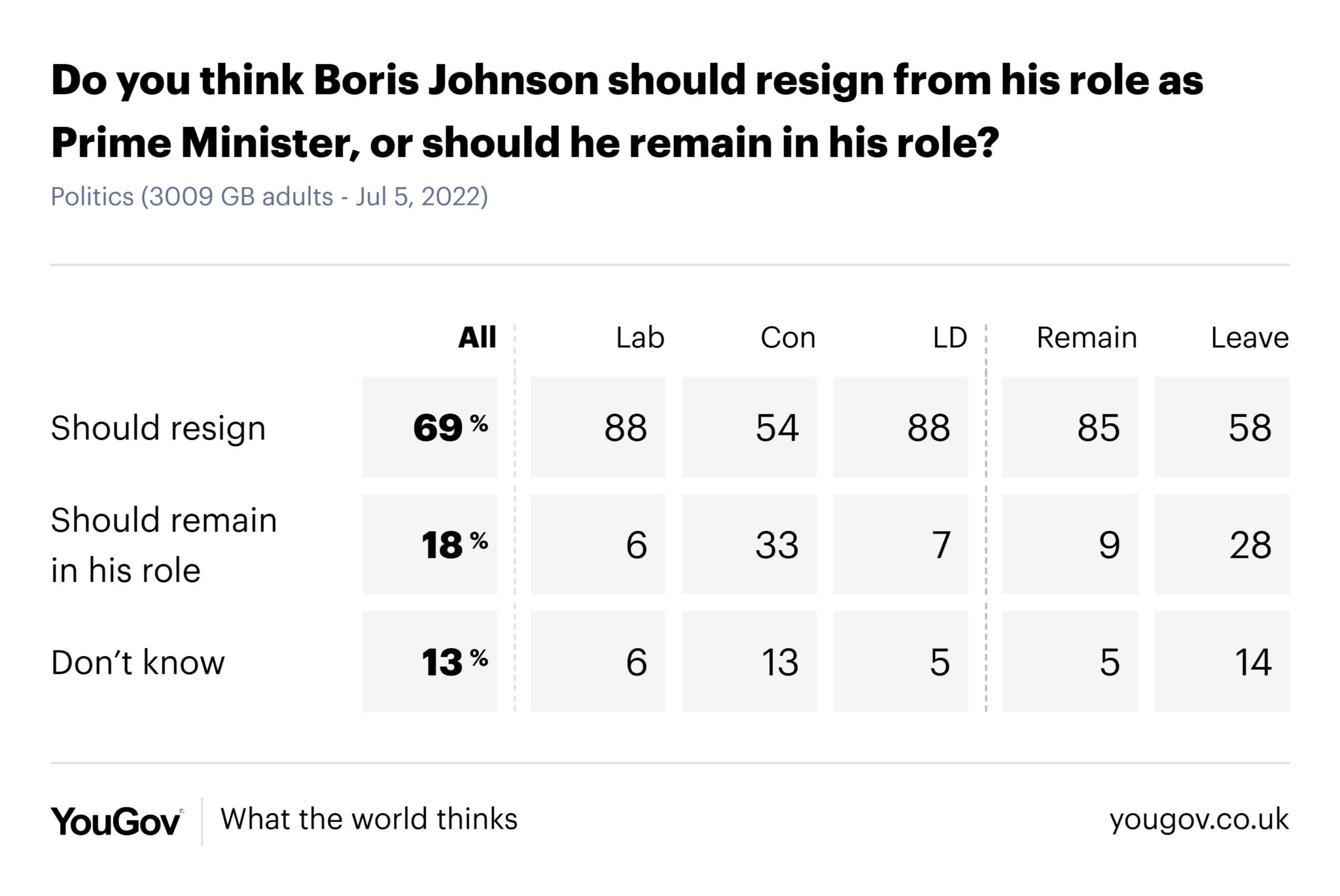 The previous high had been 63% on a couple of occasions in January, as the so-called 'partygate' scandal there continued to rumble.

However, for the first time, more Conservative Party voters want him to go than stay.

This is the first time Tory voters have been more likely to want to see Mr Johnson out (54%) than remain (33%). 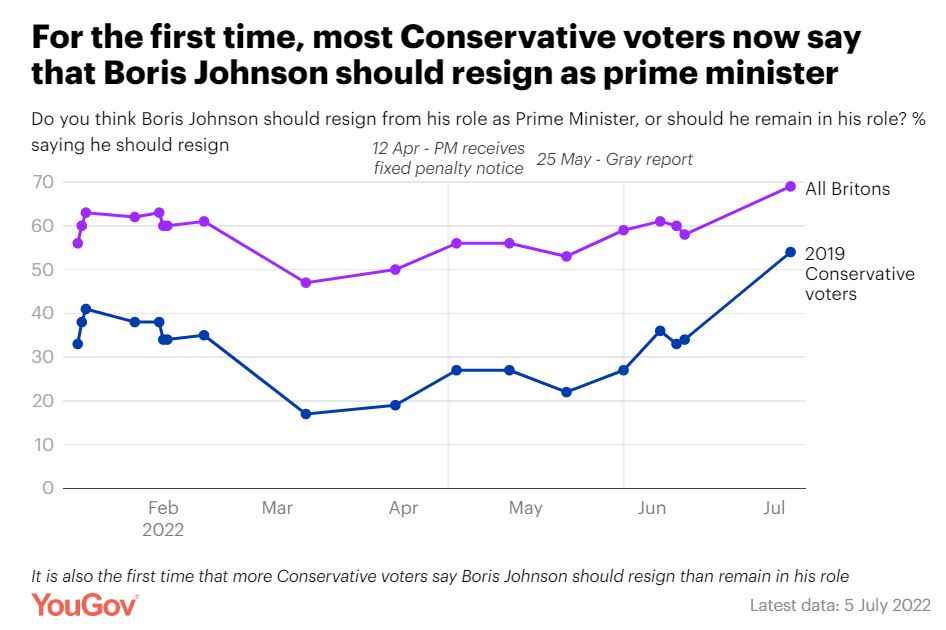 A majority of those polled had wanted to keep him as recently as early June.

But just one in five believe he actually will resign, and two-thirds (68%) expect him to try and stay.

On the resignations, a majority believe Mr Sunak was right to resign (56%) - with Conservative Party voters tending to agree by 47% to 24%.

In his resignation letter, Mr Javid wrote: "We may not have always been popular, but we have been competent in acting in the national interest.

"Sadly, in the current circumstances, the public are concluding that we are now neither.

"The vote of confidence last month showed that a large number of our colleagues agree.

"It was a moment for humility, grip and new direction.

"I regret to say, however, that it is clear to me that this situation will not change under your leadership - and you have therefore lost my confidence too."