Navigating through the Suez Canal is an "extremely stressful and busy" time for any ship's crew, ...

Navigating through the Suez Canal is an "extremely stressful and busy" time for any ship's crew, according to one Irish maritime expert.

The waterway in Egypt links the Mediterranean Sea to the Red Sea, allowing crews to shave days or even weeks off their journey times.

The canal has become a source of international attention in recent days after a massive container ship got stuck while navigating through the canal, completely blocking off traffic through the waterway in the process.

Updates from Egypt today suggest the ship - named the Ever Given - has now been partially refloated, and it's hoped the crew will finally be able to continue their journey in the coming hours or days.

The ship has been partially turned, although officials say there's still work to do to get it fully afloat.

After the blockage disrupted major global trade routes for almost a week, Egyptian authorities say traffic will be "resumed immediately" as soon as possible.

Captain Bill Kavanagh - lecturer in navigation at the National Maritime College of Ireland - has worked on various ships that have passed through the canal over the years.

He spoke to The Pat Kenny Show about what navigating through the Suez waterway is actually like.

He said: “The procedure is very stressful for the ship. Those ships are on the high seas and have a very good routine. Then they arrive in Port Said or even Suez… and suddenly all hell breaks loose.

“There’s a lot going on, a lot of people coming on board, the Suez Canal crew come on board, and at least one pilot comes on board. Those ships are actually piloted by an expert who knows the canal very well… nevertheless, this is a stranger and a new person is part of the bridge team.

“It’s a very busy time. Ships travel in convoys. It’s only about 120 nautical miles in length, so it’s quite fast… but it’s an extremely stressful and busy time for the crew.”

He explained that a convoy could consist of around 10 ships, while a large lake in the middle of the canal - the Great Bitter Lake - allows traffic to flow smoothly in both directions despite the canal itself only being a single lane.

Capt Kavanagh said navigation speed through the canal would depend on the size of the vessel - while a ship like the Ever Given could be 'high risk' at even a modest speed, smaller vessels would be far more manoeuvrable.

He said a full investigation will be needed into what exactly happened in this case, and authorities will need the various bits of data from the ‘black box’ recorder. 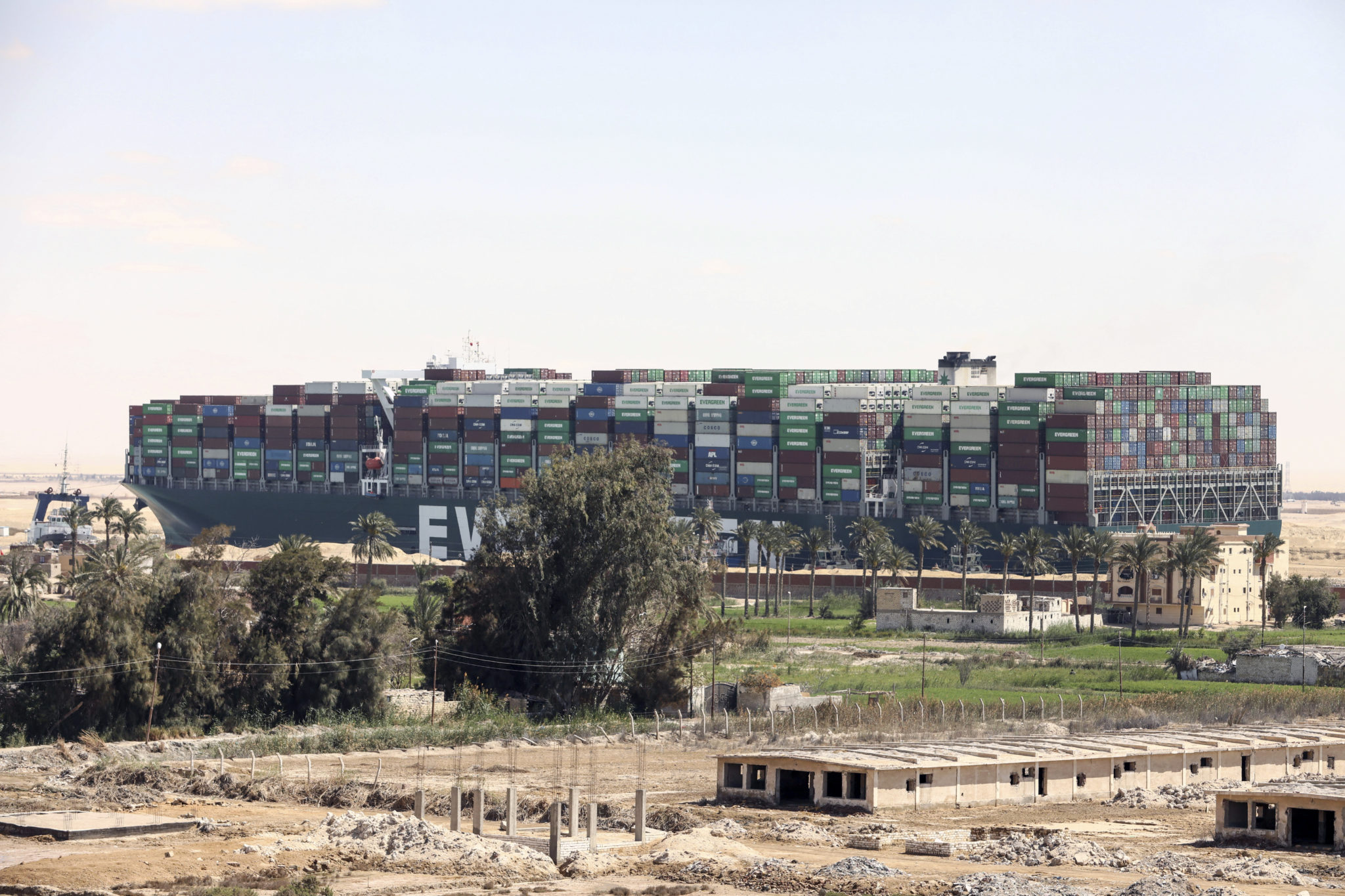 Ever Given, a Panama-flagged cargo ship blocks the Suez Canal almost a week after it got stuck sideways in the crucial waterway, Monday, March 29, 2021. (AP Photo/Mohamed Elshahed)

However, he said physics effects such as the Bernoulli effect can result in very sudden changes in a ship’s course, while strong winds may have been another factor.

Despite the dramatic situation that's unfolded in recent days, Capt Kavanagh said the canal remains a 'marvellous feat' of engineering - noting that sailing around Africa instead could add 10-15 days to a voyage.

He explained: “In fairness to the Suez Canal authorities, they actually widened and deepened the canal in the last few years to take these huge vessels.

"However, the vessel is longer than the canal is wide.”

In the future, he believes tug boats could help such large ships more safely navigate through the canal.

Main image: A tugboat drags the Panama-flagged ship, Ever Given in the Suez Canal after the ship was successfully freed and re-floated. Main image: Suez Canal Authority/dpa

Ever Given Suez Canal