The Qatari-based international news channel Al Jazeera has accused the United Arab Emirates of a ...

The Qatari-based international news channel Al Jazeera has accused the United Arab Emirates of a targeted campaign against it.

The broadcaster claims its neighbouring nation is lobbying to force the network to register as a foreign agent with the US Department of Justice.

In an article on its website, Al Jazeera says: "The push includes using a law firm to meet with dozens of congressional staffers in Washington as well as a separate digital information operation involving UAE-controlled Twitter accounts and websites that are hiding their affiliations."

It describes itself as "in the crosshairs in a regional power struggle between Qatar, on one side, and Saudi Arabia, the UAE and their allies, on the other."

Based in Qatar with close ties to the government, the network has seen controversy with broadcasts that some critics - including lawmakers and pro-Israel groups - claim give "a platform to terrorist groups and anti-Israel propaganda."

The article adds: "Interviews, public records and an analysis of suspended Twitter accounts show that the campaign, which has been running for more than a year, has targeted Congress, federal agencies and the digital realm."

It says the goal of the lobbying and Twitter campaigns is to convince lawmakers and regulators to force Al Jazeera to register as a foreign agent with the US Justice Department. 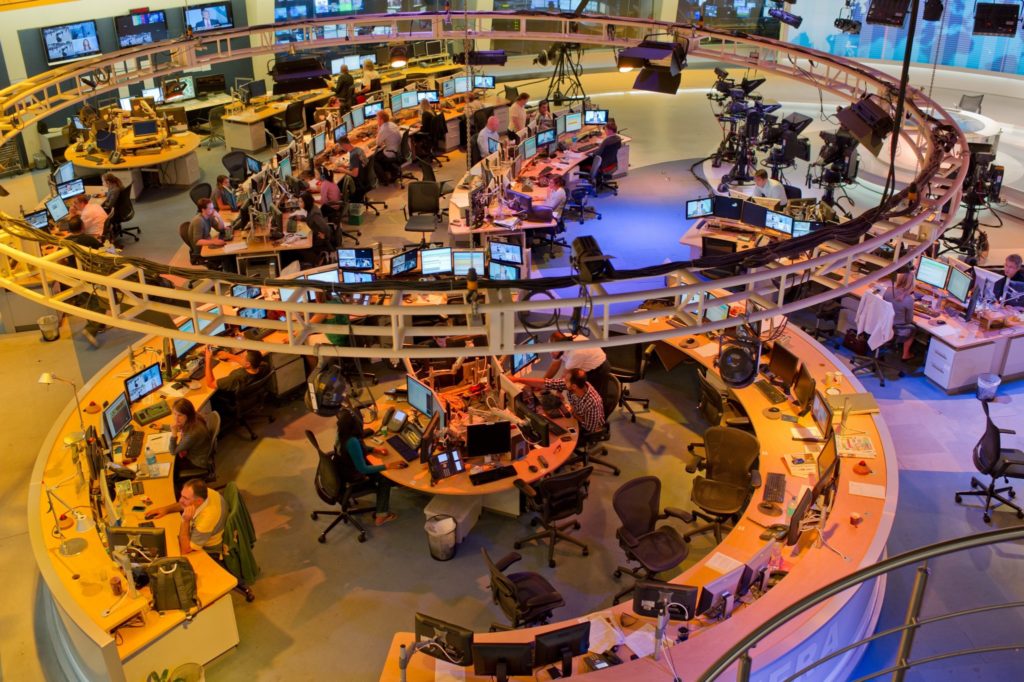 Journalists work in the newsroom of the Arabic news broadcaster Al Jazeera in Doha, Qatar in 2012 | Image: Tim Brakemeier/DPA/PA Images

It believes this would, in effect, brand it as a government propagandist "akin to Russia Today or China Daily".

It says this would put press credentials and some event access at risk.

In September, it says Twitter suspended more than 4,500 accounts "that it said were part of a UAE-government-backed information operation."

"An archive of those accounts released by Twitter shows hundreds of messages attacking Al Jazeera, including some that specifically push for its registration as foreign agent", Al Jazeera says.

Al Jazeera launched in 1996 and has bureaus in more than 50 countries.

The network has six bureaus and nearly 200 full-time employees in the US, despite closing down its Al Jazeera America channel in 2016.

While in 2017, four Arab states involved in a boycott of Qatar demanded the country close down the Al Jazeera network.

The United Nations High Commissioner for Human Rights said at the time that such a demand was "an unacceptable attack on the right to freedom of expression and opinion."