The land assault, alongside the Syrian National Army, comes after US forces began withdrawing from the region.

Turkish President Recep Tayyip Erdogan confirmed the news on Twitter on Wednesday, writing: "Our aim is to destroy the terror corridor which is trying to be established on our southern border and to bring peace and peace to the region". 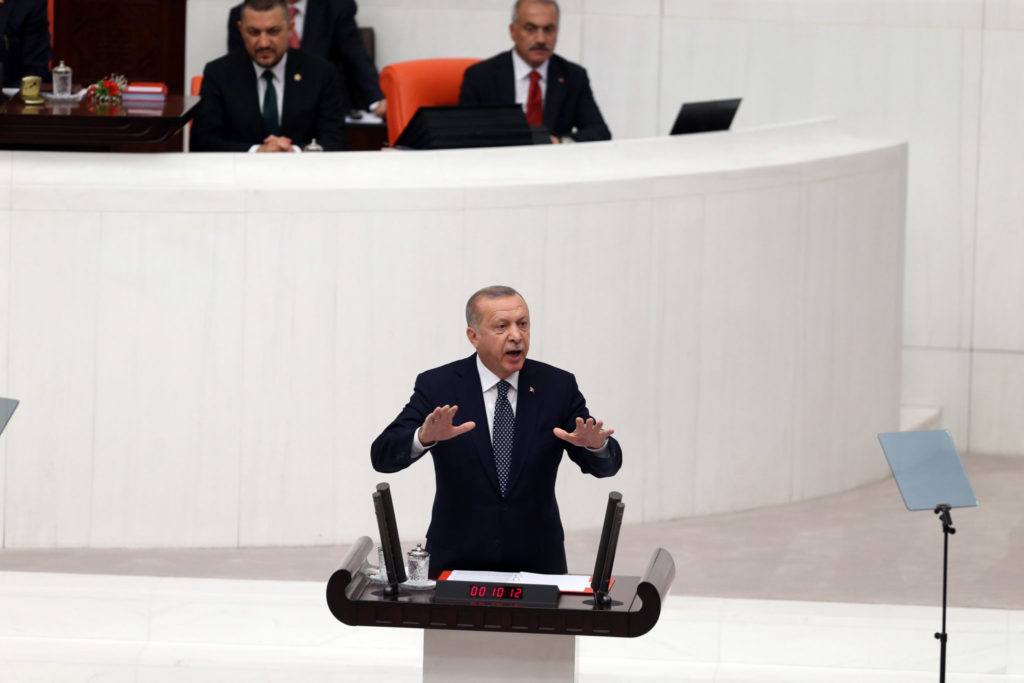 "With Peace Spring Operation, we will eliminate the terrorist threat to our country. Thanks to the SAFE ZONE we will establish, we will ensure that Syrian refugees return to their countries.

"We will protect the territorial integrity of Syria and free the people of the region from the clutches of terror."

Tánaiste and Foreign Affairs Minister Simon Coveney said he was "deeply troubled" by the move.

In a statement, Mr Coveney said: "I am deeply troubled by Turkey's announcement earlier today of the launching of a military operation in north-eastern Syria.

"The fight against ISIS made decisive progress earlier this year.

"Any unilateral military action against those groups which played a decisive frontline role in the fight against ISIS risks undermining this progress.

"Such action could also lead to further protracted instability and have serious humanitarian consequences. We urge Turkey to refrain from this action." 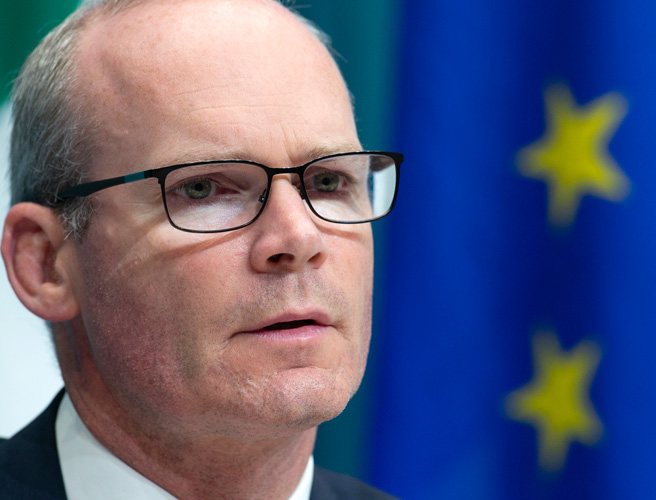 "While we understand Turkey's security concerns about its own territory, unilateral military action cannot be condoned.

"The protection of civilians and respect for international humanitarian law must be paramount and any refugee returns must be voluntary, safe and dignified."

High Representative of the EU for Foreign Affairs, Federica Mogherini, has called on Turkey to end its military action

"The Turkish operation into north-east Syria can open a new, dramatic chapter in the already very dark history of the Syrian war.

"New armed hostilities in the north-east will first of all exacerbate civilian suffering.

"We call upon Turkey to immediately stop its unilateral military action". 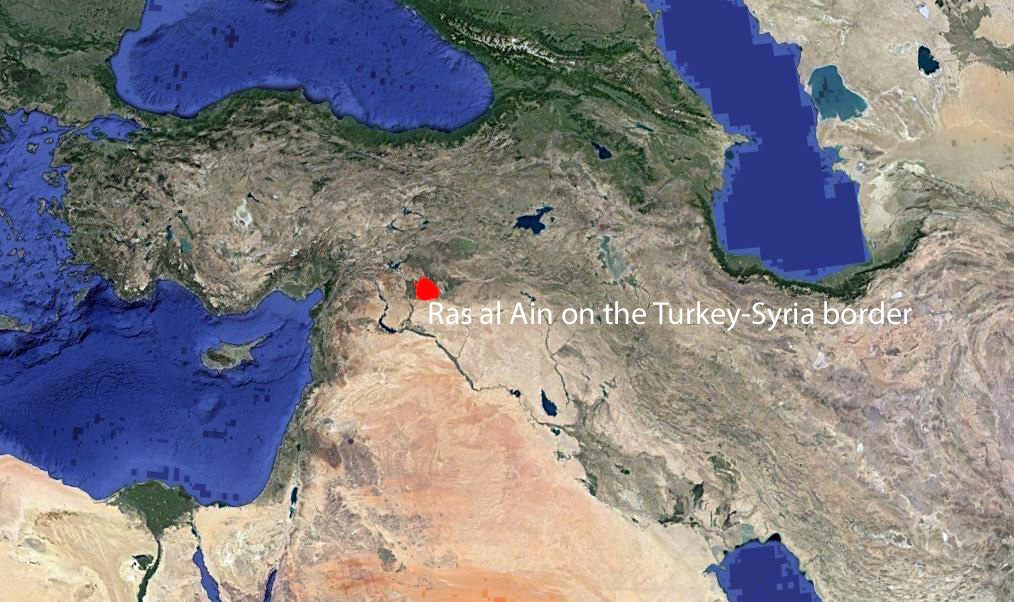 In a statement, the bloc said: "The EU reaffirms that a sustainable solution to the Syrian conflict cannot be achieved militarily.

"The EU calls upon Turkey to cease the unilateral military action.

"Renewed armed hostilities in the north-east will further undermine the stability of the whole region, exacerbate civilian suffering and provoke further displacements.

"Prospects for the UN-led political process to achieve peace in Syria will be more difficult."

"Unilateral action on Turkey's part threatens the progress achieved by the Global Coalition to defeat of Da'esh, of which Turkey is a member."

Airstrikes were said to have hit the towns of Ras al-Ayn and Tal Abyad.

Other reports suggested mortar shells had been fired into Turkey from the Syrian side of the border.

There has been no independent confirmation of these claims.

The military operation followed a White House announcement on Monday that US armed forces would pull out of the region "soon". 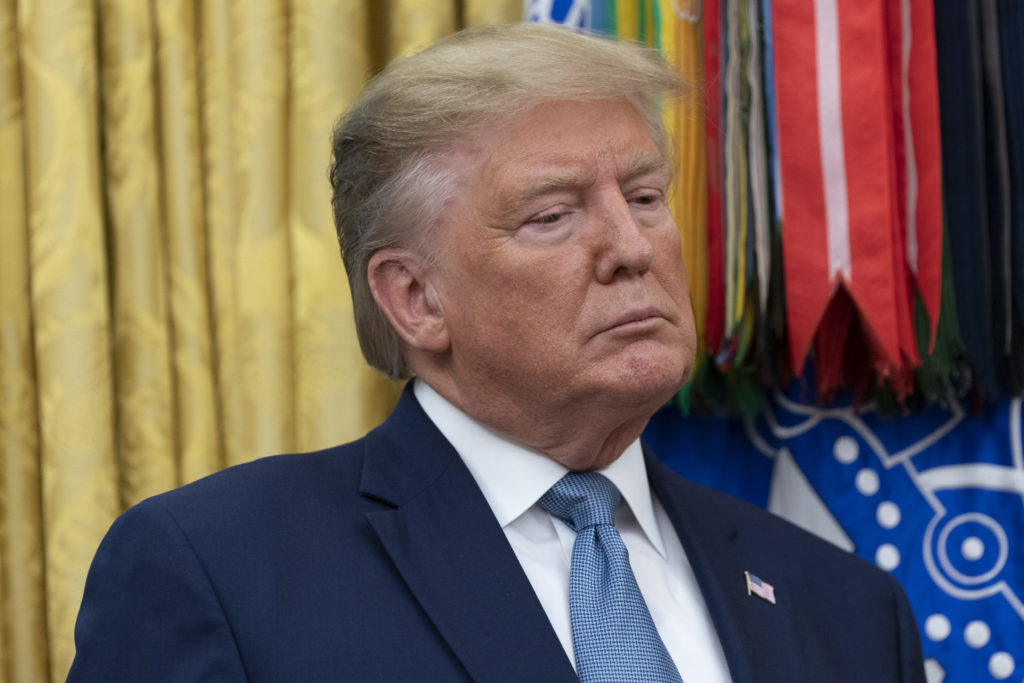 US President Donald Trump listens during a ceremony presenting the Presidential Medal of Freedom at the White House in Washington DC | Image: Chris Kleponis/DPA/PA Images

The White House said that came after a phone call between US President Donald Trump and Mr Erdogan.

About 1,000 US troops have moved out of north-east Syria, leaving their allies - the SDF - seen as enemies of Turkey for the past 35 years.

In a statement on Wednesday, Mr Trump said: "This morning, Turkey, a NATO member, invaded Syria.

"The United States does not endorse this attack and has made it clear to Turkey that this operation is a bad idea. There are no American soldiers in the area."

"From the first day I entered the political arena, I made it clear that I did not want to fight these endless, senseless wars—especially those that don’t benefit the United States."

An SDF spokesman appealed to the US and its allies for a "no fly zone" to protect it from Turkish attacks in north-east Syria.

"The SDF showed good faith to the security mechanism agreement between the US and Turkey. This left our people defenceless."

He said Turkey "has legitimate security concerns" having suffered "horrendous terrorist attacks" and hosting thousands of refugees - but that it should act with "restraint" and any action should be "proportionate".

The United Nations Security Council is also set to meet on Thursday.

On Tuesday, Turkish officials said its military had struck the Syrian-Iraqi border to prevent Kurdish forces using the route to reinforce the region.

President Erdogan's aide, Fahrettin Altun, said fighters from the Kurdish YPG - viewed as terrorists by Turkey - could either defect or Ankara would have to "stop them from disrupting" Turkey's struggle against Islamic State militants.

The SDF has called the US decision a "stab in the back" and said they might start talks with the Syrian government and Russia to fill the vacuum left by a possible full US withdrawal.

Mr Trump's move has also drawn criticism from both Republicans and Democrats who have warned for months that could lead to a massacre of the Kurds.

It has also rattled allies, including France, one of Washington's main partners in the US-led coalition fighting IS.

Russia, Syrian President Bashar al-Assad's strongest foreign ally, said Washington or Ankara did not tell them in advance about any agreements to pull out US troops.