The Israeli Ambassador to Ireland has claimed the country is “attempting to avoid as much as po...

The Israeli Ambassador to Ireland has claimed the country is “attempting to avoid as much as possible any harm to innocent civilians” as it continues to launch airstrikes on Gaza.

At least 65 people, including 16 children, have been killed since the latest offensive began, according to Gaza’s Ministry of Health.

It said at least 365 people have been injured in the attacks.

On the Israeli side, six people have been killed by rockets launched by Hamas.

This morning, Ireland’s Ambassador to Israel was summoned by the country's foreign office after Foreign Affairs Minister Simon Coveney condemned Israel over its "brutal response" to rocket fire from Gaza.

“We are doing our utmost to, on the one hand, target terrorists and at the same time, avoid as much as possible any harm to innocent civilians,” he said.

“Hamas is using its own population as human shields and it makes the challenge even more complicated.

“I can quite sympathise with the suffering of innocent Gazans.” 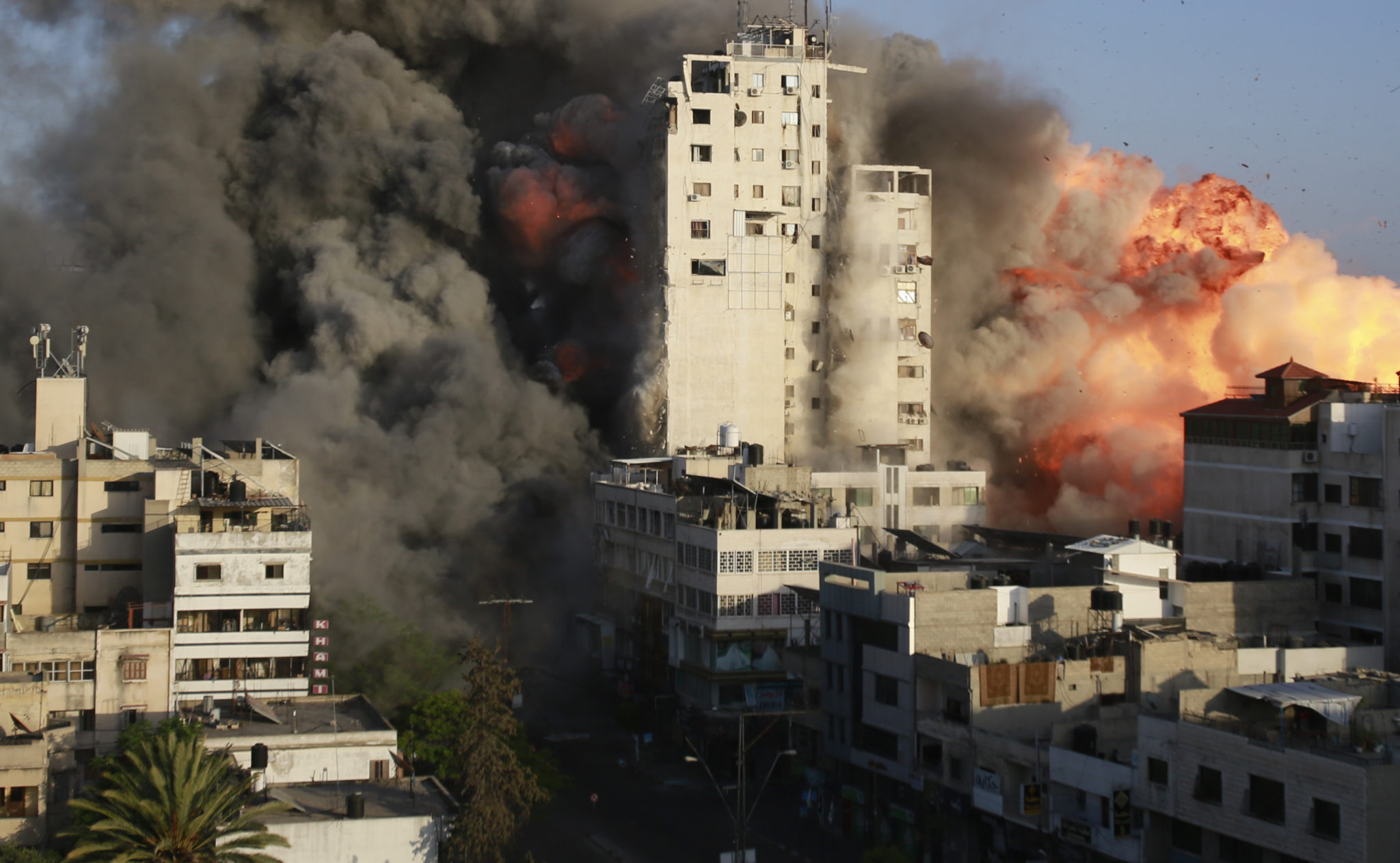 Smoke and flames rise from a tower building destroyed by Israeli airstrikes amid a flare-up of Israeli-Palestinian violence in Gaza City, 12-05-2021. Image: SOPA Images/SIPA USA/PA Images

The worst escalation of violence between Israel and Palestine since 2014 has been brewing since Israel imposed a limit of 10,000 people on prayer gatherings at the Al Aqsa mosque over Ramadan.

The mosque is Islam’s third holiest site and is also the site of Temple Mount, where the Jewish first and second Temples are believed to have been built.

Tens of thousands of Muslims were turned away as a result and, earlier this week, Israeli forces used tear gas and stun grenades inside the mosque itself. 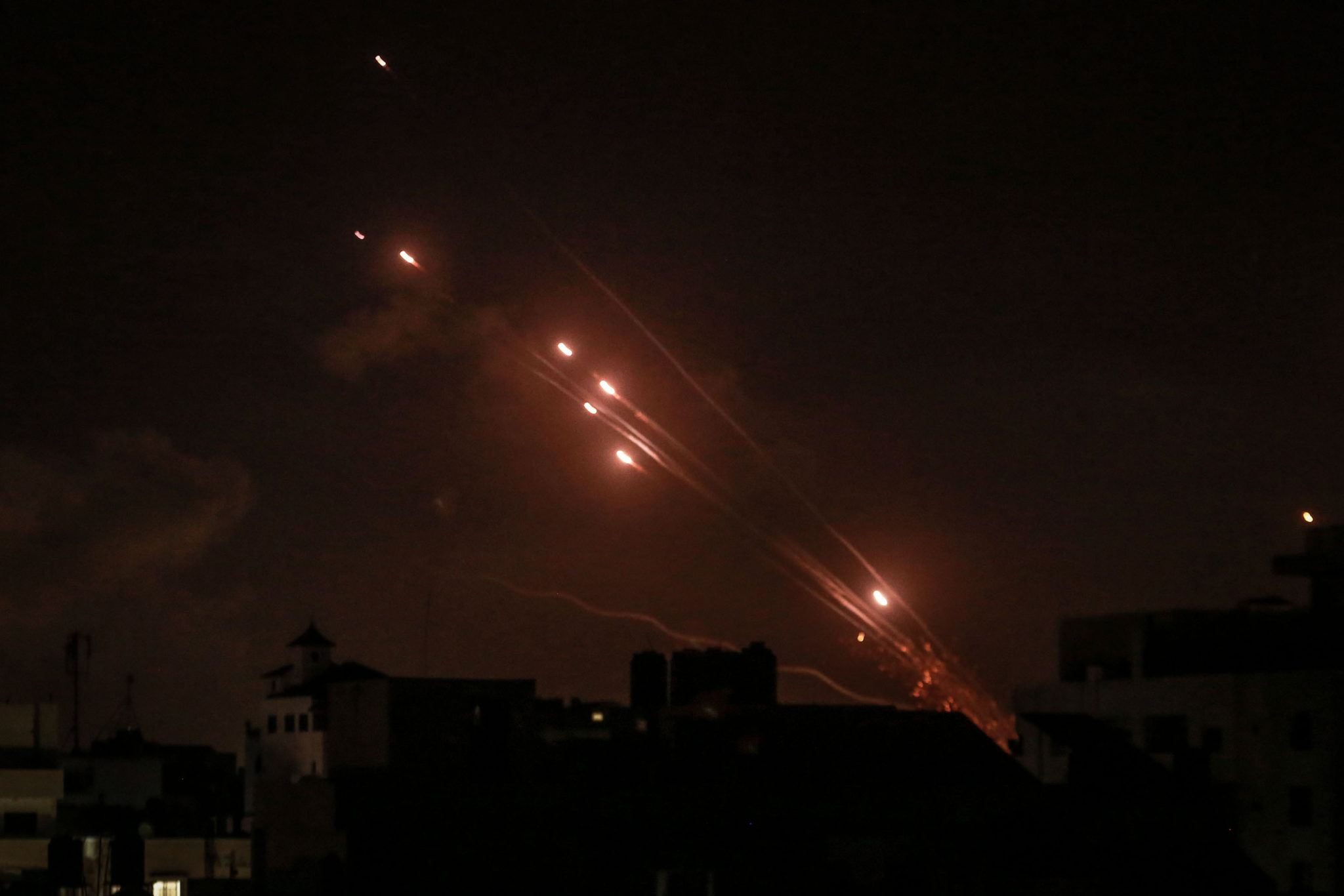 Rockets were then fired from the Gaza strip, which the militant group Hamas said was in response to Israeli actions in the mosque.

Over the past two days, the Israeli Air Force has carried out airstrikes pounding Gaza while hundreds of rockets have been fired towards Israel.

The Israeli airstrikes have hit civilian homes and strategic targets including the al-Sharouk tower, which houses a number of news organisations. 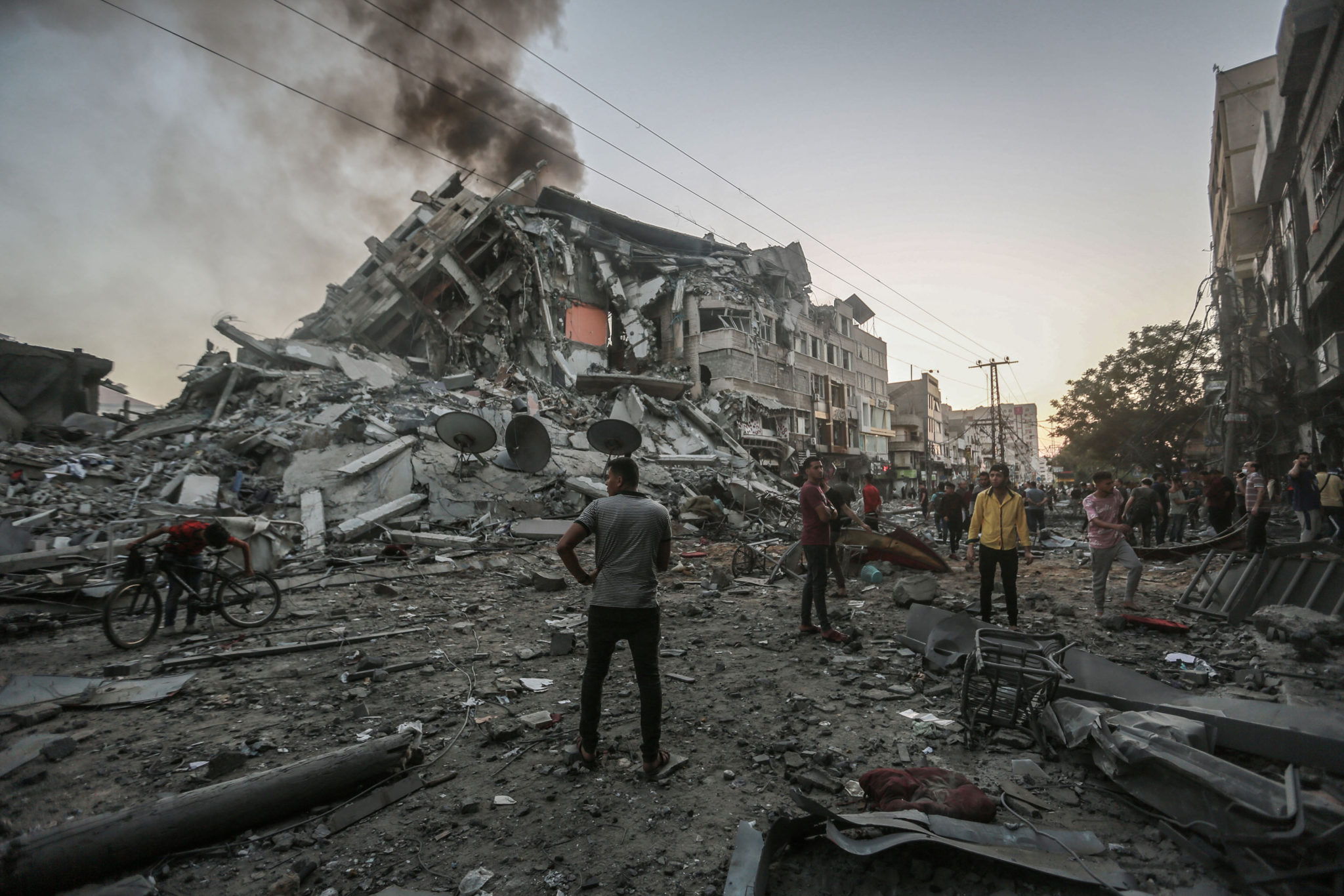 People inspect the site of the collapsed Al-Shorouk Tower building after it was hit by an Israeli airstrike, 12-05-2021. Image: Mohammed Talatene/DPA/PA Images

Mr Kariv said he did not accept that Hamas was reacting to provocation from Israel.

“I think we have to be very careful not to tie directly … not to fall into this trap of looking at what happened in Jerusalem as the reason for what Hamas is doing.

“They are using it not only to attack us but also to undermine the Palestinian Authority.”

Hamas has said it is willing to step back from fighting if Israel does - but it is also ready to ramp it up.

The United Nations has warned the violence may be heading for a full-scale war.

You can listen back to Mr Kariv here: