A record number of patients are waiting on trolleys at UHL

A record number of patients are waiting on trolleys at University Hospital Limerick, according to the INMO.

The Irish Nurses and Midwives Organisation (INMO) is calling for an emergency plan activated for the facility.

The union says 126 patients are on trolleys there - the highest number in any Irish hospital since 2006.

"This level of overcrowding is dangerous for patients and staff and requires an immediate hospital group wide response", the INMO says.

Frances Watkins' 17-year-old sister was in the hospital in the last few days.

She told The Hard Shoulder she knows it is not the fault of staff.

"She was referred on Tuesday evening so she went in... she headed in with my mam.

"The first night they were there, they ended up sleeping on the waiting room chairs.

"In the first night, my mam said it wasn't too bad - they kind of expected the wait. But by 3.00 the next day, things hadn't really progressed." 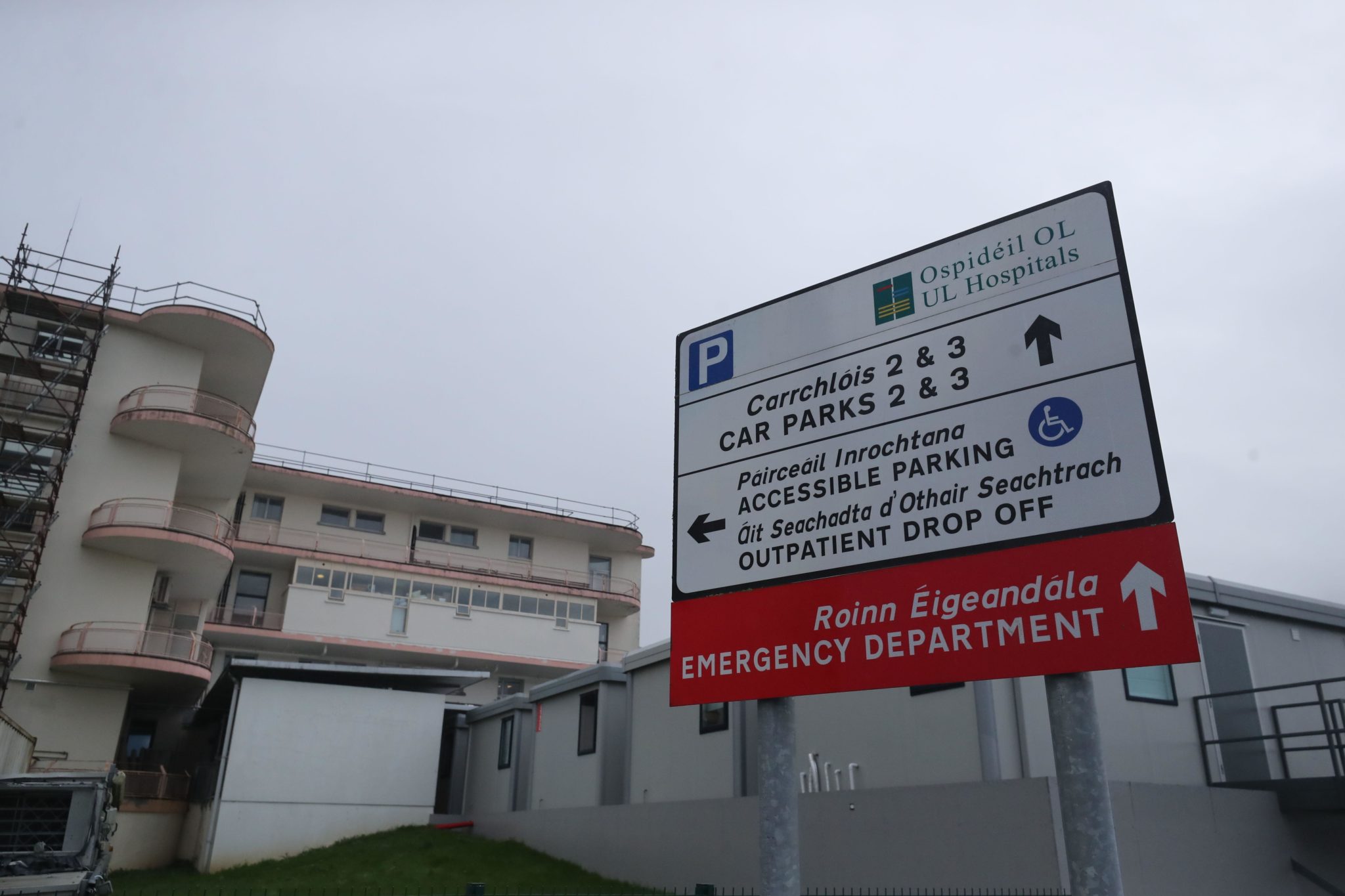 Frances says while her sister got scans and saw a doctor, she still wasn't getting the care that she needed.

She says she then spent the second night with her sister, to give their mother some sleep.

"It was just chaos - the staff were just amazing, they were going above and beyond for everyone.

"They themselves were just so frustrated: there was one nurse in particular, she was nearly in tears when she was talking to us.

"She just kept apologising and saying sorry, and they were doing everything they could.

"You really felt that they were absolutely trying their best for everyone, but there was just nothing they could do."

She says her sister did get a trolley in a crowded corridor later.

"Eventually my sister got a trolley at about 9 o'clock last night - and she was placed in a corridor.

"This corridor was packed, there was no room for me to even stand up.

"She was placed up against a door actually - so every time the door opened, the trolley got a whack which woke her up.

"But I was very concerned because she's a 17-year-old girl, she was the youngest person there by quite a few years.

"I myself was very concerned to leave her there on her own... she fell asleep quickly thank God.

"But I didn't want to leave her there on her own unaccompanied."

And she says more patients kept on coming.

"There was just no improvement throughout the early hours of the night.

"The numbers coming in were just constant, there was no lull - more and more people kept appearing".

'This is ongoing for years'

John Wall is living with stage four prostate cancer, and was just released from UHL.

He spent five nights in the hospital and was discharged on Wednesday.

"What I found really alarming was the acceptance of what is happening in UHL.

"The acceptance, for example, of patients in corridors.

"I was admitted on Good Friday, it was relatively quiet - and I say that word relatively, it was still very busy.

"But within a number of days, beds started to appear on ward corridors, and it was accepted that it was going to happen.

"And that should never, ever be the case."

He says unfortunately this is nothing new.

"And this wasn't a few hours - these patients were many days just lying on a bed in a corridor that wasn't designed for such.

"This isn't something that happened today or yesterday, this is ongoing for years".

And he believes some people may not go into hospital for these reasons.

One dead, several injured after explosion at petrochemical plant in Spain