19 people have been arrested in Dublin during a second consecutive night of tension and public di...

19 people have been arrested in Dublin during a second consecutive night of tension and public disorder in the city centre.

Large crowds gathered in the city centre last night, with gardaí saying the ‘vast majority’ socialised in a positive way with a “very good atmosphere”.

However, a small group is being blamed for “persistent antisocial behaviour and public disorder”.

Gardaí say a group of around 200 young people threw glass bottles at officers on South Anne Street at around 9pm.

A number of streets were closed off in the city centre over the course of the evening as gardaí dispersed crowds in several areas, including around the Stephen's Green / Dawson Street area. 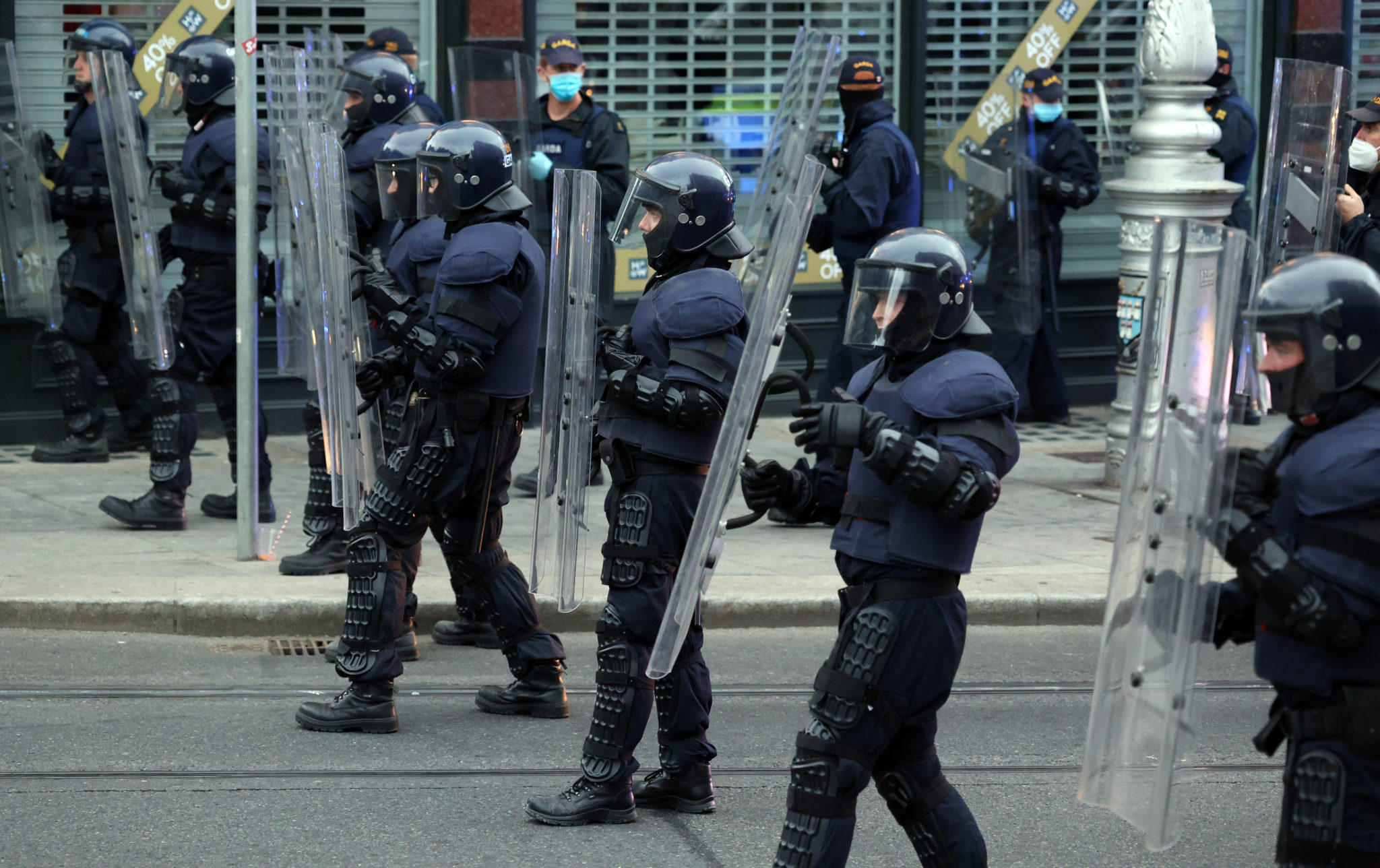 The force says no batons were used at any time, describing their response as “measured and considered”.

Two gardaí are said to have been injured over the course of the evening, with a Garda vehicle also damaged in Temple Bar Square.

One other person - who gardaí say was not a member of any group involved in public disorder incidents - was assaulted and taken to hospital.

“Throughout the course of the evening, members of An Garda Síochána came under attack from glass bottles at various locations, a number of criminal damage incidents occurred including a bin being set on fire on South William Street.”

She said: “I think it was appalling.

“Let’s be very clear here: It seems like… a minority of people - it’s not everyone.

“We need to maintain public space for everyone to use and use safely… we need to make sure we keep that in control.”

It follows similar scenes on Friday night, with Health Minister condemning those who attacked gardaí as "thuggish".

In Pictures: Vigils held for Ashling Murphy across Ireland