16-year-olds could vote in next European and local elections

16-year-olds could vote in next European and local elections

16 and 17-year-olds could be given the right to vote in the 2024 local and European elections, a Fianna Fáil Senator has said.

At present anyone living in Ireland aged 18 and over is allowed to vote in local elections, while EU citizens can cast ballots to elect members of the European Parliament as well.

The franchise for Dáil elections is set out in Bunreacht na hÉireann and so could only be changed in a referendum.

However, nothing is said about the franchise for local and European elections - meaning a change could be brought about by an ordinary Act of the Oireachtas:

“Certainly, it is hoped that for the 2024 local and European elections we might see it,” Senator Malcom Byrne told Newstalk Breakfast.

“There is a view that because we can do this legislatively for those elections that it would be a useful time to roll out this change that would allow 16 and 17-year-olds to vote.

“The Constitutional Convention, when it examined the issue in detail, favoured it. We’ve seen other countries which have done it; Austria has for over 15 years allowed 16 and 17-year-olds to vote.”

“We know that when young people get involved in the political process earlier in life they’re much more likely to stay involved as they get older.”

While 17-year-olds can cast a ballot in East Timor, Ethiopia, Indonesia, Sudan and North Korea - although citizens of North Korea are never presented with a choice of candidates. 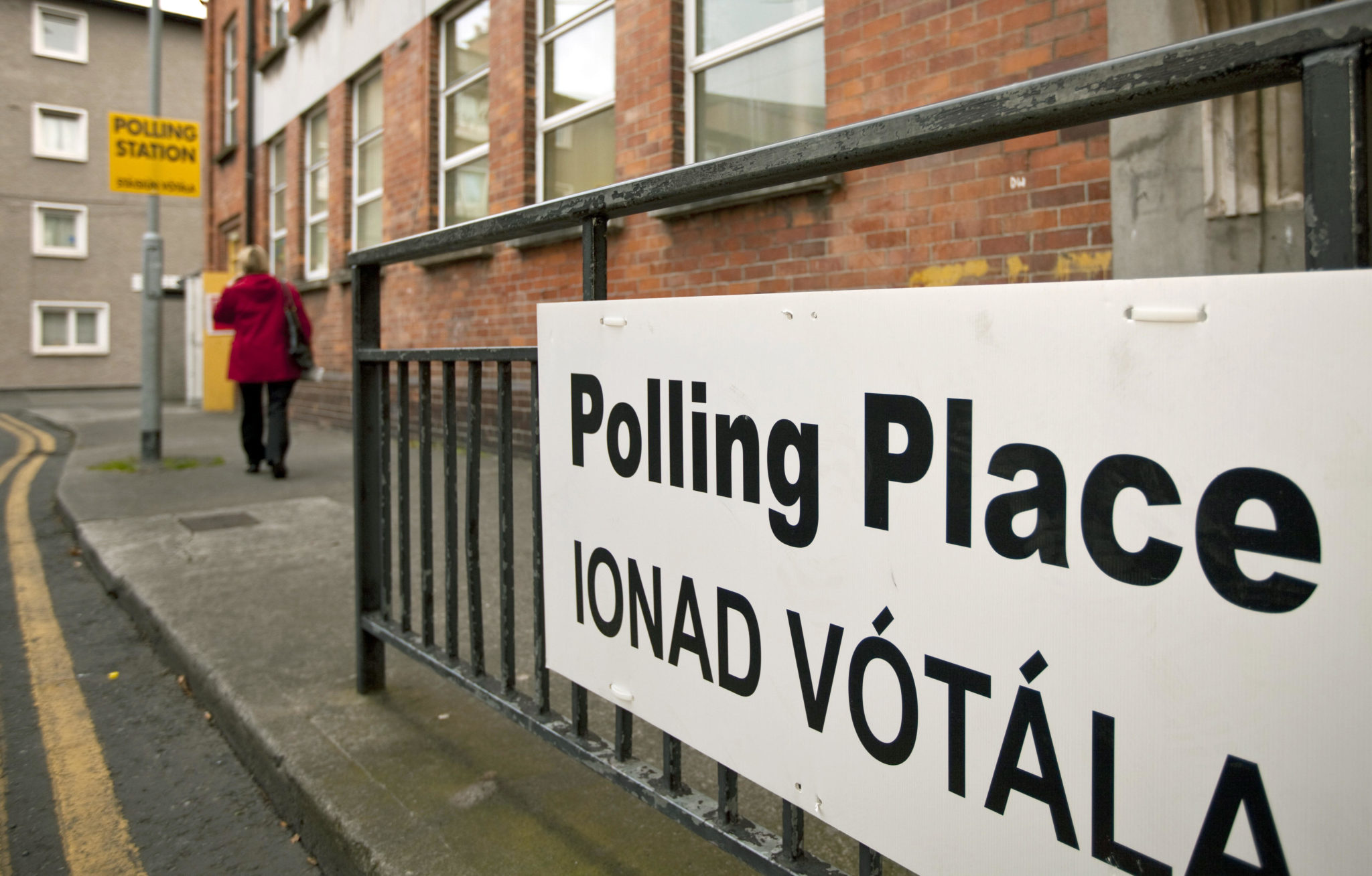 A sign in English and Irish points to a polling station in Dublin for the second EU referendum on the Treaty of Lisbon in October 2009. Picture by: dpa picture alliance archive / Alamy Stock Photo

It is a growing phenomenon - with Welsh 16-year-olds casting their ballots for the first time only last year.

However, Noel Howard, a spokesman for Social Care Ireland, sounded a note of caution:

“The people that I represent work in care situations with marginalised and deprived children who quite honestly don’t have the slightest interest in voting, I think, because they have other major life issues facing them,” he said.

Mr Howard added that voting was a huge responsibility and that there were many things teenagers were banned from doing because of their maturity:

“At the minute, for instance, they can’t purchase cigarettes or alcohol,” he continued.

“They can’t get married. They can’t even buy a lottery ticket or they can’t ring the Late Late Show on a Friday night and enter the competition.

“I think there are good reasons for all those things. Why then would you give them one of the greatest responsibilities that a citizen has?”

The voting age in Ireland was last changed in 1972 when an overwhelming 85% of people agreed that the franchise should be lowered from 21 to 18.

Main image: Teenagers are seen on their way to school in Dublin. Picture by: Rollingnews.ie

Parenting: 'My daughter has had zero motivation since COVID'