We may be able to attend sporting and music events again by next summer, the Tánaiste has said. ...

We may be able to attend sporting and music events again by next summer, the Tánaiste has said.

Leo Varadkar believes that life will begin to look more normal by the middle of 2021 thanks to the roll-out of the COVID-19 vaccine.

It comes as Enniskillen native Margaret Keenan became the first member of the public to be vaccinated outside of a clinical trial yesterday morning.

Mr Varadkar said he is confident the pandemic will be over by the end of next year.

Speaking on Newstalk Breakfast, he outlined what the first six months of 2021 could look like in terms of dealing with the coronavirus.

He said: "With the vaccine, with mass testing and with the knowledge of how to prevent and treat this virus, I think the pandemic will end in 2021.

"We really have to be giving the vaccine for about two months before you really see it really make a difference, it's a two-dose vaccine.

"I think we're talking about something like late March or early April, around Easter, and that doesn't mean things will be back to normal by then, we'll be more in the level one or level two space by then.

"If things work out with the summer, there's the possibility of returning to things like football matches and maybe even concerts and festivals and gatherings too.

"It's far from guaranteed, but that's the kind of timeline we're looking at."

Mr Varadkar said things will still be difficult in the first quarter of 2021 when vaccinations are being rolled out, but life will be "starting to look a bit more normal again" in the second quarter.

On whether international travel will resume by next summer, he said: "Oh I hope so, I'm starting to look very pale."

It comes amid warnings that the 2021 tourism season will be in serious trouble if our vaccination programme does not move “very, very quickly” in the New Year.

The Tánaiste said: "We have the European travel light system and I think in the second quarter of next year, will there be more green or amber zones, I think there will be.

"There is a seasonal element to coronavirus as well so there will be a few things going in our favour at that point." 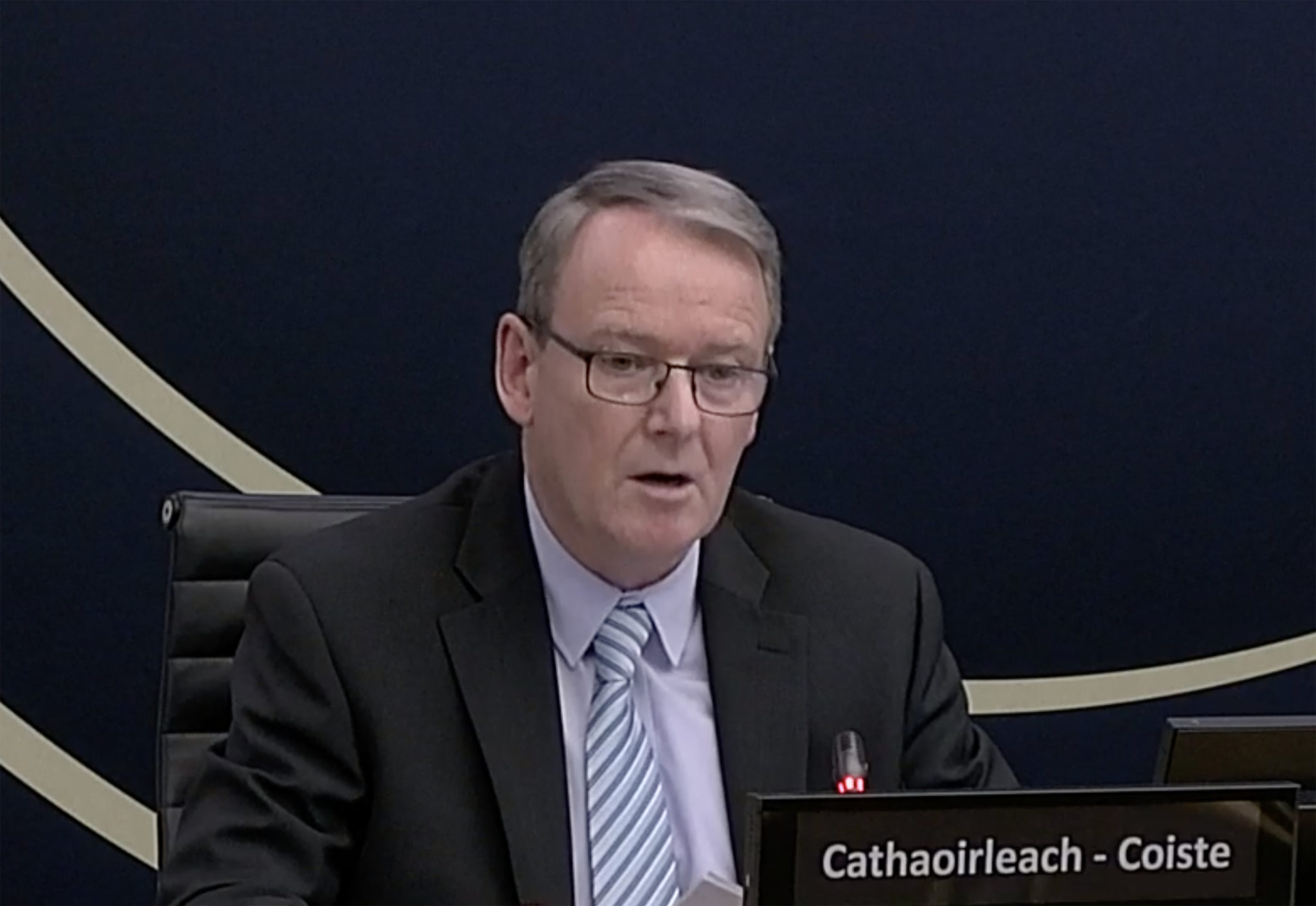 Not a fan of 'woke culture'

Mr Varadkar added that he was not expecting a personal apology from Sinn Féin TD Brian Stanley over a tweet commenting on the Tánaiste's sexuality after he was elected leader of Fine Gael.

Deputy Stanley apologised last week for another tweet that appeared to glorify an IRA attack on the British Army during the War of Independence.

The Public Accounts Committee Chairman will make a "full personal statement" to the Dáil next week.

Mr Varadkar said: "I haven't asked for a personal apology and I'm not asking for one.

"I think a statement, an explanation and taking questions will be important in the Dáil next week, not just on that tweet but very much on the one that glorified violence.

"I'm glad for him that he's being allowed to take a week off, I doubt any Government minister who found themselves in bother would be given a week off.

"They would be called into the Dáil by Sinn Féin within days but they are the party of double standards so I suppose not surprising in that regard."

"I suppose the question is if it's pointed out to you, how do you respond?

"There is a pattern here, this isn't the first time we've seen this from Sinn Féin."

He added that there is a "culture of bullying and intimidation" in Sinn Féin that they need to face up to and "that's much more important than what Brian Stanley says in the Dáil next week".

Speaking on the same programme, the Tánaiste said he believes a Brexit trade deal can still be reached in the coming days.

British Prime Minister Boris Johnson and European Commission President Ursula von der Leyen will meet for dinner this evening in an effort to break the deadlock on an agreement.

There are three weeks left before the transition period ends, but negotiators still haven't reached a deal on issues like fishing and the level playing field.

He added: "I think the Taoiseach's assessment that we made the other day that it's 50/50 is spot on.

McDonald: 'Mind-boggling' there isn't an all-island approach to COVID-19