Northern Ireland is today rolling roll out its first round of coronavirus vaccinations. Some 12,5...

Northern Ireland is today rolling roll out its first round of coronavirus vaccinations.

Some 12,500 people will get the Pfizer-BioNTech jab as part of the first round of vaccinations.

Health officials administering the vaccine will be the first to get it before residents in care homes, healthcare workers and the elderly.

The vaccine is being rolled out across Britain and Northern Ireland today, with the UKs Health Secretary Matt Hancock describing it as the “beginning of the end of the pandemic.” 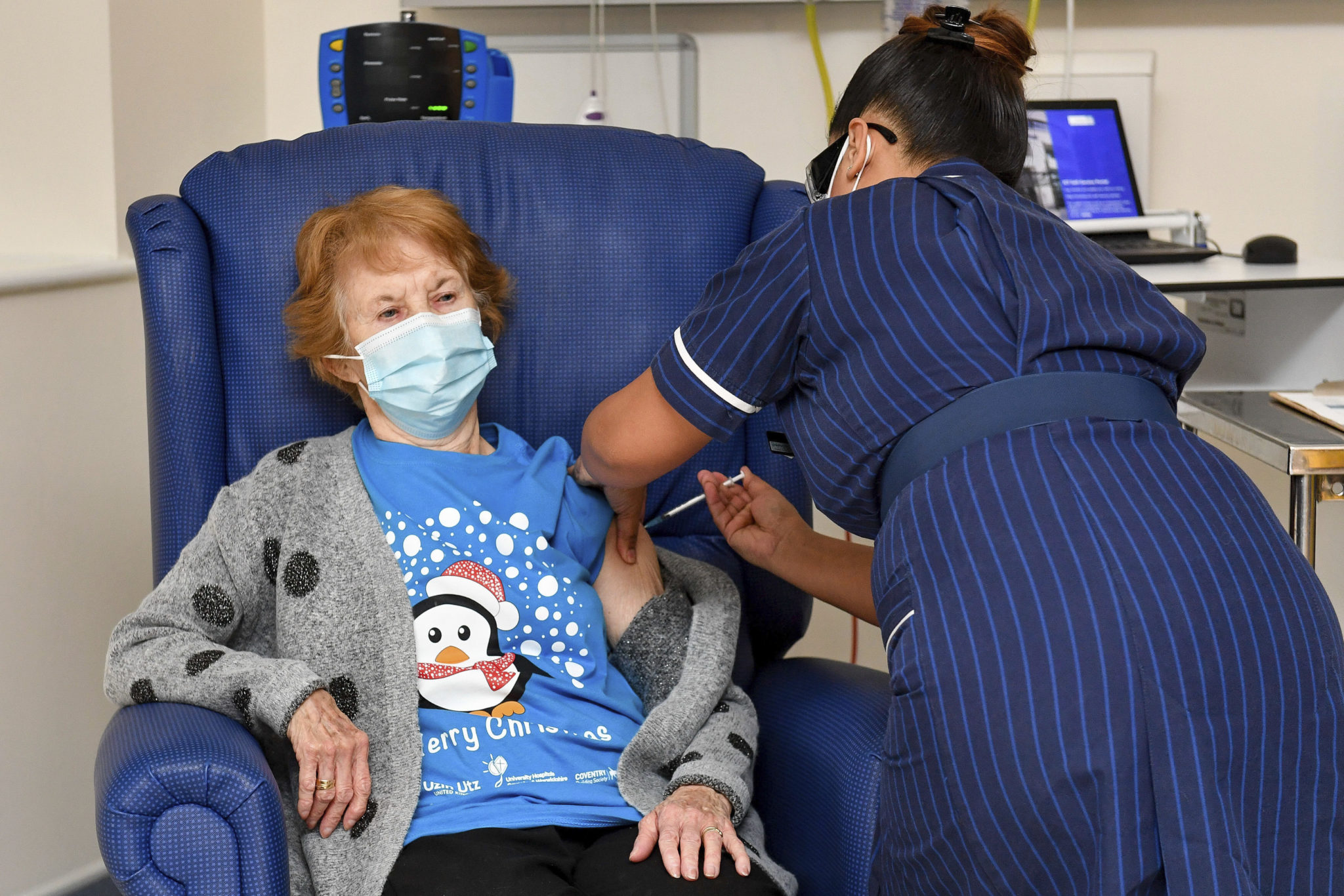 90-year-old Margaret Keenan becomes first patient in the world to receive the Pfizer-BioNTech COVID-19 vaccine outside of a clinical trial, 08-12-2020. Image: Jacob King/Pool via AP

Enniskillen native Margaret Keenan became the first member of the public to receive the jab outside of a clinical trial this morning.

The 90-year-old has lived in Coventry for the past 60 years and received the jab at University Hospital Coventry.

She said it was “a privilege” to be the first and expressed hope she could spend time with her family and friends in the New Year “after being on my own for most of the year.”

“My advice to anyone offered the vaccine is to take it,” she said. “If I can have it at 90 then you can have it too.”

She said the vaccine is “the best thing that has ever happened at the moment.”

“The MHRA were quick off the mark in licensing the vaccine,” he said.

“I think it took a few of us by surprise that it was licensed so quickly but I understand that they would have done a very thorough job so I don’t have any concerns about that.

“I think the European Medicines Agency (EMA), which will regulate the vaccines in the rest of Europe including Ireland, will probably follow suit on December 29th when they are due to meet.”

In Dublin, Cabinet will this morning consider a plan for the rollout of the vaccine as soon as it is approved.

Nursing home residents will be top of the list.

They will be followed by frontline healthcare workers who are in contact with patients.

Third in line will be those over 70. They will be vaccinated on an age-based tiered basis.

Professor Mills said it is important those who need it most get it first.

“Healthcare workers, nursing home residents and the older population will be first in line,” he said.

“Then people with underlying medical conditions and then priority groupings like high-risk employment areas – meat factories for example.

“Down the line then to the younger of older population if you like before the general population at large will be vaccinated.”

The UK is expected to vaccinate around 800,000 people in the first round with up to four million doses due to arrive by the end of the month.