In a speech to an almost empty European Parliament on Thursday, she praised all those involved in operations to contain and tackle the outbreak.

Before adding: "The story from the last few weeks is partly a painful one to tell.

"When Europe really needed to be there for each other, too many initially looked out for themselves.

"When Europe really needed an ‘all for one' spirit, too many initially gave an ‘only for me' response.

"And when Europe really needed to prove that this is not a ‘fair weather union', too many initially refused to share their umbrella."

"But it was not long before some felt the consequences of their own uncoordinated actions.

"This is why over the last few weeks we took exceptional and extraordinary measures to coordinate and enable the action that was needed."

She told MEPs: "Since then, things are improving and member states are starting to help each other - to help themselves.

"Europe is now really stepping up. But the people of Europe are watching what happens next. And we all know what is at stake.

"What we do now matters for today as well as for the future."

And she spoke about an EU stockpile of medical equipment, which was announced last week.

She said: "This is why we had to take matters into our own hands as far as we could to release these blockades.

"It is why we are creating the first ever European stockpile of medical equipment, such as ventilators, masks and lab supplies". 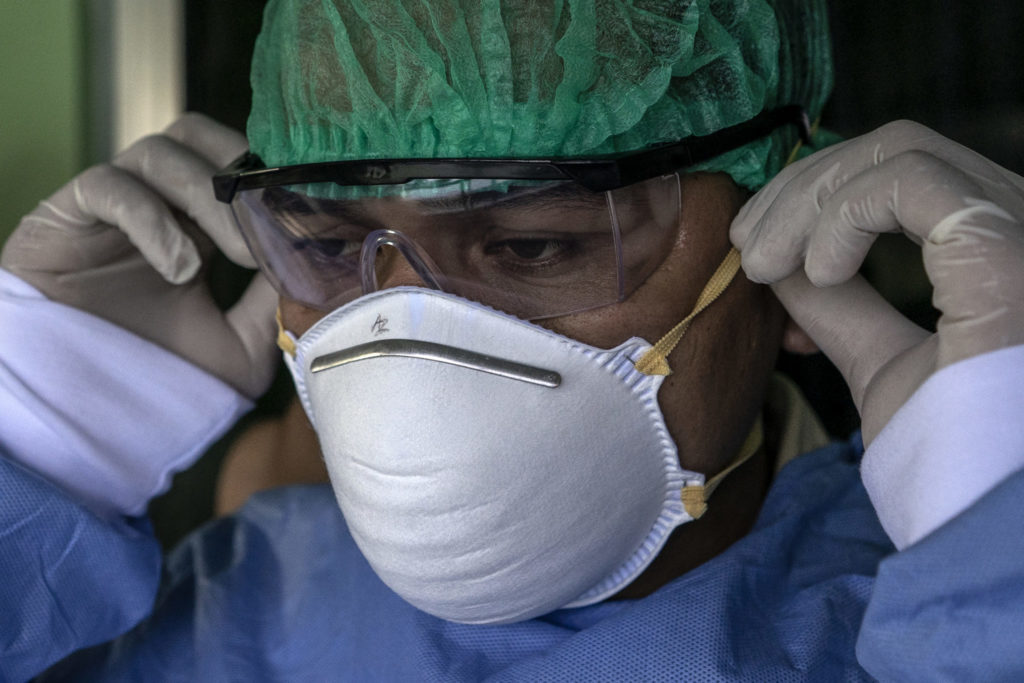 "It is why we took big steps to protect the availability of key supplies of equipment such as masks and protective clothing, by making them subject to an export authorisation."

She explained: "Since Tuesday, we know that their demands for masks, gloves, goggles, face-shields can be matched by the producers.

"The first deliveries should start in the coming weeks.

"And because knowledge saves lives in a pandemic, we set up a European team of scientific experts to help come up with coordinated measures that we can all follow."

She concluded: "A successful European response can only be coordinated if our internal market and our borders work the way they should.

"A crisis without borders cannot be solved by putting barriers between us.

"And yet, this is exactly the first reflex that many European countries had."

"There is not one single member state that can meet its own needs when it comes to vital medical supplies and equipment. Not one."

But she said: "Looking at the many acts of kindness, goodwill and human decency throughout Europe, we have every reason to be optimistic about the future

"Europe has everything it needs, and we are ready to do whatever it takes to overcome this crisis."

History is now looking at us. Let us do the right thing together – with one big heart, rather than 27 small ones. pic.twitter.com/r1vazyRSRZ