Doug Beattie says bonfires that weren't meant to go ahead due to the pandemic are now being built.

It comes after large crowds lined the streets for the funeral for the prominent republican in Belfast earlier this week, with senior members of Sinn Féin among those who walked in the funeral cortege.

Amid widespread suggestions that social distancing guidelines were not followed, Sinn Féin leaders have insisted they followed public health guidelines.

Deputy First Minister Michelle O'Neill, who was among those who attended the funeral, has apologised to any grieving families who are "experiencing more hurt over recent days".

However, that apology has been rejected by First Minister Arlene Foster.

Doug Beattie told Newstalk Breakfast that his party is calling for an independent inquiry.

He said: "At the centre of this, there is a grieving family. I may not have liked the way Bobby Storey lived his life, but grief is universal - and his family is grieving. We must acknowledge that.

"But Sinn Féin turned that funeral into a circus. Every single guideline and rule they told us that we had to stick to as citizens in Northern Ireland... they absolutely ignored and did their own thing." 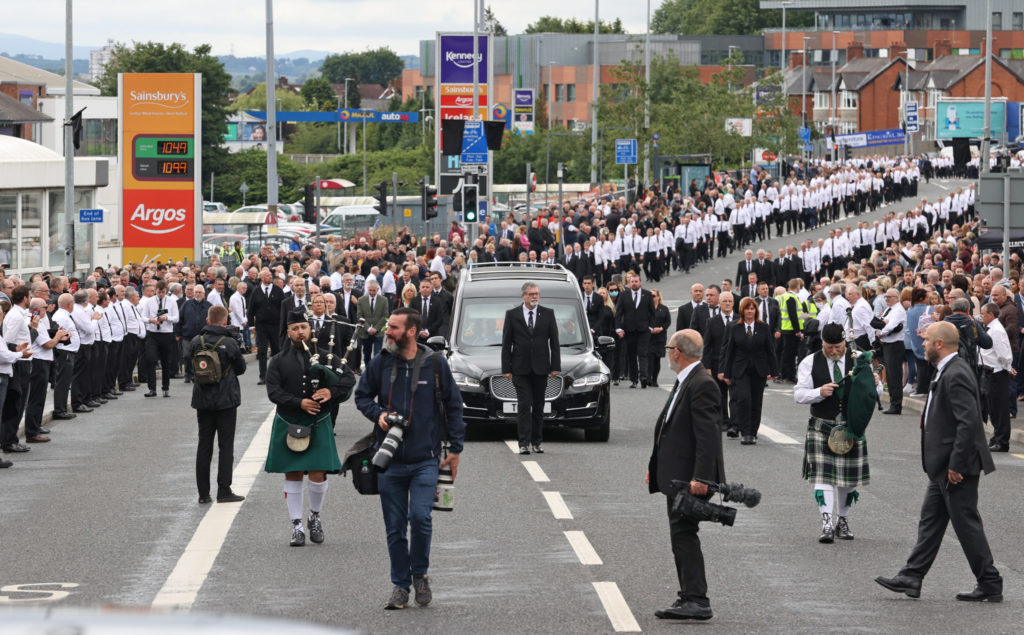 He stressed the controversy is "not about politics" - stressing that many members of the public have been unable to attend funerals of loved ones in recent weeks and months.

He called on people to "act responsibly and adhere to the guidelines".

He also noted to say the Orange Order have been 'fast out of the traps' to say they won't be organising parades - and have instead asked people to stay in their homes to listen to any bands who do march.