Hundreds of people failed to observe social distancing after the funeral of 64-year-old former IRA member.

However, the party has insisted that they followed public health guidelines while they were there.

Earlier, Ms O'Neill said: "I am particularly concerned that grieving families, who have lost a loved one during the pandemic had their heartache compounded by the necessary restrictions which were in place at that time.

"Not being able to have their family and friends’ support to help them through was hugely difficult.

"I am also concerned that those grieving families are experiencing more hurt over recent days. I am sorry for that." 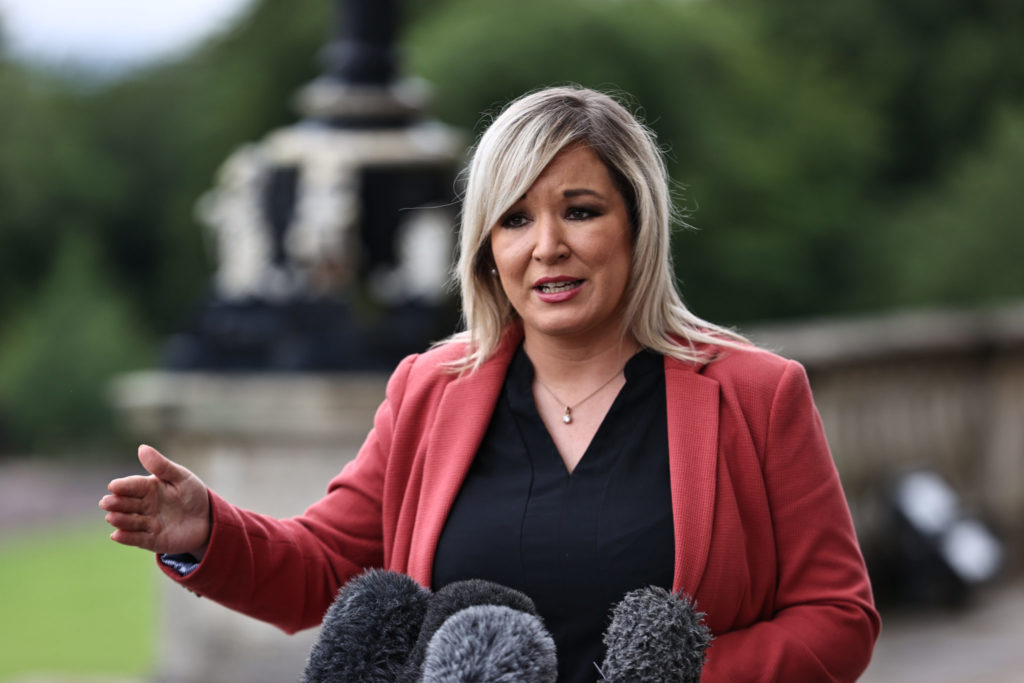 But in a statement on Friday, DUP leader Arlene Foster said: "Sinn Féin has been forced to make this statement by the reaction of people from all faiths and none.

"This has never been an Orange and Green issue as some would try to paint it.

"It is right to apologise for the hurt inflicted on many, many people but sadly there is no acknowledgement from the deputy first minister that this hurt has been caused by her actions.

"She let people down by her actions and those of her ministerial team."

"There has been no recognition that regulations and guidelines were broken and the deputy first minister cannot escape that reality.

"There is no escaping the fact that trust and the creditability of the executive messaging has been totally undermined by the deputy first minister and that has not been rectified by today’s comments."

She added: "There are a number of complaints that we, and others, have lodged.

"Investigations are now underway and need to examine these matters."