Study says staring down a seagull could save your sandwich

New research suggests you can save your sandwiches from seagulls by staring them down. A study fr...

Study says staring down a seagull could save your sandwich

New research suggests you can save your sandwiches from seagulls by staring them down.

A study from the University of Exeter tested how seagulls react to humans when there is a tasty morsel up for grabs.

Researchers placed a bag of chips of the ground and counted the length of time it took a gull to approach while they were staring at them versus when their back was turned.

On average, it took the birds 21 seconds longer to approach when faced with a steely stare.

Of 74 gulls involved in the test, 47 refused to approach the food at all when a human was nearby.

Only 19 completed the “looking at” and “looking away” test. 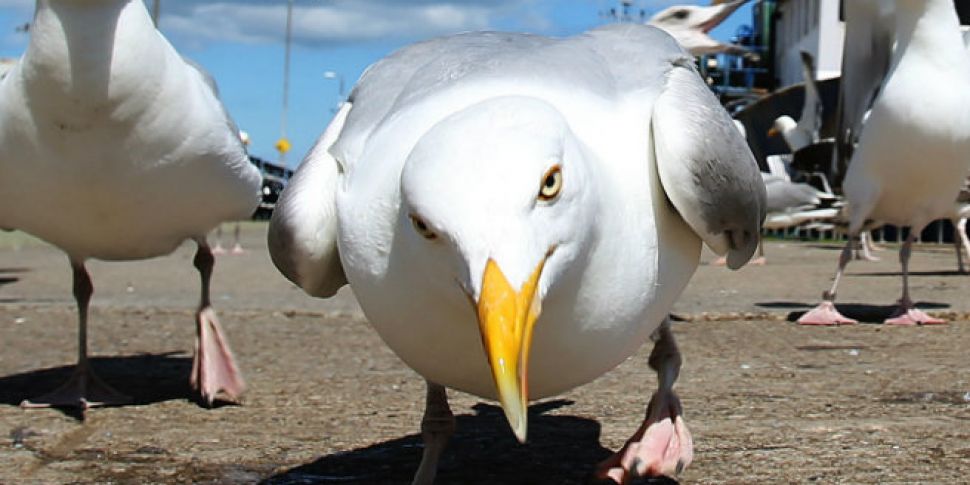 “Gulls are often seen as aggressive and willing to take food from humans, so it was interesting to find that most wouldn’t even come near during our tests,” said lead author Madeleine Goumas at Exeter’s Centre for Ecology and Conservation.

“Of those that did approach, most took longer when they were being watched.

“Some wouldn’t even touch the food at all, although others didn’t seem to notice that a human was staring at them.

“We didn’t examine why individual gulls were so different – it might be because of differences in “personality” and some might have had positive experiences of being fed by humans in the past – but it seems that a couple of very bold gulls might ruin the reputation of the rest.”

Ireland has seven species of breeding gull – the familiar of which is the Herring Gull.

Birdwatch Ireland has warned people against feeding them as they have learned to associate humans with food.

They are protected as an endangered species and experienced a 90% breeding decline over 30 years to 2000.

They have been more successful in urban areas and surveys suggest they may have since increased in number – especially in Dublin.

Dr Neeltje Boogert senior author of the Exeter study said: “Gulls learn really quickly, so if they manage to get food from humans once, they might look for more.”

“Our study took place in coastal towns in Cornwall, and especially now, during the summer holidays and beach barbecues, we are seeing more gulls looking for an easy meal.

“We therefore advise people to look around themselves and watch out for gulls approaching, as they often appear to take food from behind, catching people by surprise.

“It seems that just watching the gulls will reduce the chance of them snatching your food.”