The former National Hunt jockey joined Johnny Ward and John Duggan and started by touching on the Leaving Cert for young jockeys.

"You have to do what you love," he said.

"It's something  to have if the riding career doesn't go the way it's planned."

The 45-year-old recalled his own experience with the culmination of our national education system.

"On my 16th birthday on a Friday, I was still in school and I had a ride on a point-to-point on the Sunday," he said.

"And I won on Joseph Nibb and we were back to school for a week and they said, 'Here, out of there'. The parents said there's not much point going back.

"I didn't do great in the Mocks and there wasn't much point in doing the Inter-cert. So get out of there."

While school wasn't a passion clearly, racing was and he excelled. But he also has a love for hunting which has left a few scars.

One remains prominent on the right side of his face as he showed in studio.

"I was just going through a bloody walk-through and I put my head down and a bush caught me," he said.

"It ripped the whole side of my face off. I'm not sure if I'd finished [racing at the time] but it's the usual scars anyway."

Carberry explained where the interest in hunting comes from.

"I suppose it's the thrill of not knowing what you're coming up against and what you're going to jump," he said.

"Following the cry of the hounds and not knowing what's up next to jump is the main thing. And challenging yourself every day when you go out.

"I'd done it all my life when I was riding anyway. So it was always something to take you away from racing if you'd a bad day racing. You go hunting and you just forget about everything. It's great. It gets you away from the bad days in racing."

Of the good days, he picked riding Bobbyjo to victory at the Grand National at Aintree at 1999 as the highlight.

"The National growing up was the one I always wanted to win, from when I was very small," he said.

"The fact that Dad was the last man to win it on an Irish horse before that was a big bonus as well. Great history there and great for Dad to train the next one."

He recalled being "too light to go over jumps straight away", which led him to an apprenticeship under the legendary Jim Bolger. 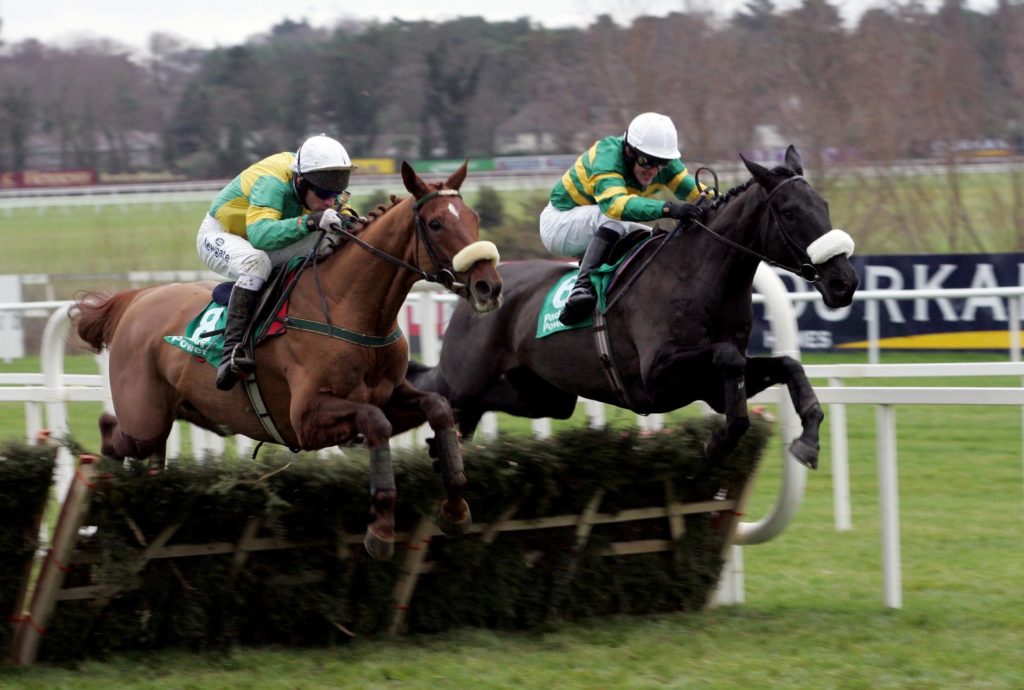 "Jim was always good to his apprentices and gave me a good chance," Carberry explained.

AP McCoy was one of his fellow apprentices at the time and they bonded early.

"Myself and McCoy used to live together so we had good craic," he said.

"McCoy was always a very promising rider and I hoped I'd be good too."

He also explained why he left Bolger's yard for Noel Meade's and how the former reacted  to his decision.

"[Jim] wasn't too happy. He said I wouldn't be heard of again and I told him I hadn't been heard of yet," Carberry said.

You can watch the full interview with Paul Carberry via our YouTube channel. Our racing coverage is brought to you in association with GoRacing.ie