"Why Ireland? My favourite country" - Martin Hansson, the referee behind the Henry handball

If Thierry Henry was public enemy No 1 in Ireland on November 18th 2009, Martin Hansson was proba...

"Why Ireland? My favourite country" - Martin Hansson, the referee behind the Henry handball

If Thierry Henry was public enemy No 1 in Ireland on November 18th 2009, Martin Hansson was probably a close second.

The Swedish referee and his assistants had missed Henry's infamous and blatant extra-time handball in the Stade de France. That moment led to the French equaliser and ultimately knocked Giovanni Trapattoni's side out of the 2010 World Cup reckoning.

It was a hugely disappointing night for all of us who support the Boys in Green. But especially the manner of the exit. The lottery of penalties would have decided Ireland and France's fate if no extra-time goal had been awarded. But the events of that night also robbed that generation of Irish players of availing of that proverbial roll-of-the-dice.

France would go on to play in South Africa the following summer. But it was more a case of disgracing than gracing the tournament. Between in-fighting, a player striker and an ignominious group stage exit, Les Bleus would, in hindsight, perhaps have preferred to not qualify at all.

But joining them at that tournament was Martin Hansson. Despite the glaring mistake against Ireland, FIFA included him on their list of officials for the 2010 tournament, a dream he would have assumed lost after the events of November 2009.

Coincidentally, it was a dream that documentary director Mattias Löw followed first-hand in the months leading up to the Stade de France controversy. That year, Löw began directing the award-winning The Referee (or Rättskiparen in Swedish). It followed Hansson's journey en route to trying to make it onto the list of referees for the World Cup.

Of course, it would turn into a very different documentary half-way through the process. But 10 years on, Löw took time out to chat to me about the making of The Referee as well as the ensuing fallout.

"I wanted to do a documentary about a referee to begin with and Sweden had a few high-profile referees like Anders Frisk who was the ref for the Euro 2000 final between Italy and France," said Löw when speaking to Off The Ball.

"So in 2007 and 2008, I was constantly thinking should I make a documentary or shouldn't I? But I needed to find a referee that I felt - and I hate to say this - but I felt could end up in some kind of controversy. And I think during the years from when Martin became a FIFA referee onwards, there was always some controversy, especially on an international level, in the Champions League or a FIFA match." 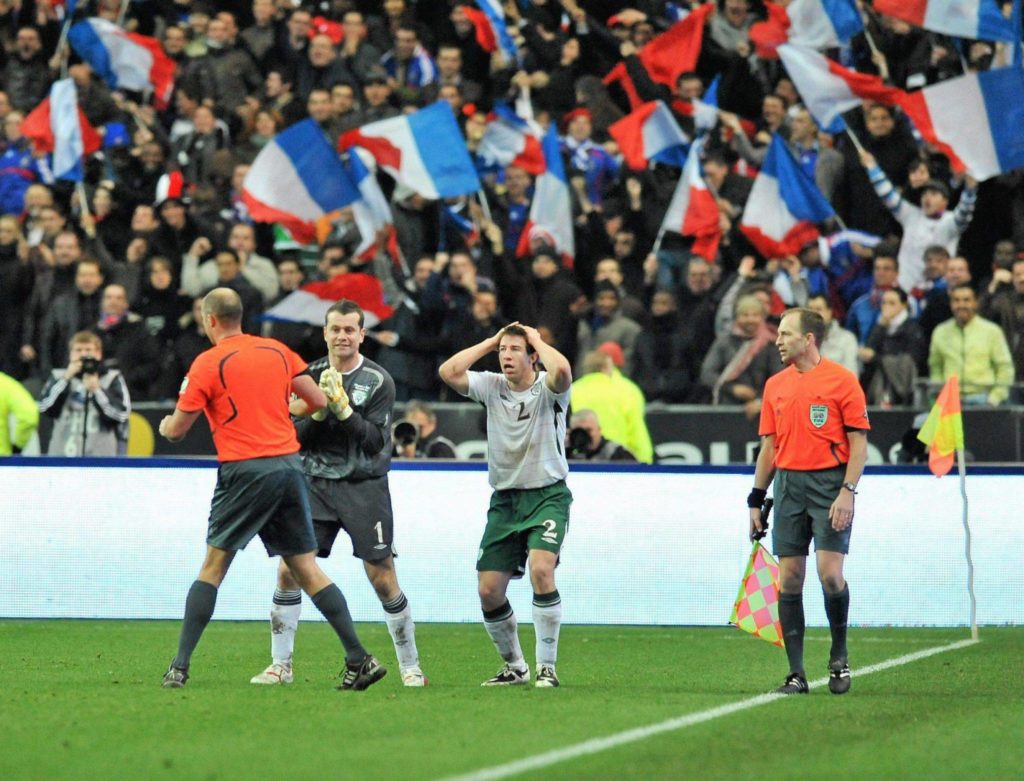 When you watch The Referee, Hansson initially appears as one of the first five referees the Swedish FA hired on a full-time basis. It's also a difficult personal period in the life of a firefighter by trade.

The year before, the father-of-two had divorced from his wife. He also lived on a farm in southern Sweden. As isolated as that locale was, fan fallout from refereeing incidents and the keen bloodhounds of the local media would still seek him out.

But he ultimately agreed to take part in Löw's project. And given that he had refereed the 2009 Confederations Cup final, he appeared odds-on to go the World Cup.

"He was probably among the top three, top five referees in the world at the time of that match in Paris 10 years ago," said Löw.

"So it wasn't that difficult to persuade him. Because everyone is a bit narcissistic in having a documentary made about you. Few people would say no to that really."

"Football Takes Over Your Life Completely"

There are fascinating nuggets from Hansson's life throughout that half-hour film. In one instance, he denies a couple of print journalists a post-match interview. The camera is a fly-on-the-wall as he bluntly tells them that they will twist his words.

"Martin normally wouldn't be that frank," Löw explained to me.

"I told Martin, because he is usually very diplomatic, 'Here is your chance to say what you really feel about these guys and what they are actually saying when they write articles and asking you these questions, changing and misquoting you.'"

Hansson's mother also appears in the documentary, detailing the threats and abuse her son has endured during his officiating career.

But you also get a sense of just how all-encompassing refereeing was in Hansson's life. "Football takes over your life completely," the 48-year-old says without any hint of hyperbole.

However, that passion to referee wasn't the only reason he felt devastated following his mistake in the Henry handball incident. But we'll get to that.

The appointment of referees for the second legs of the 2010 World Cup playoffs happened at relatively short notice. So Löw did not get accreditation in time for the Ireland v France second leg which Hansson was taking charge of.

"So I told him, 'In case something happens, you need to contact me as soon as possible after the game," said Löw.

Something did happen. Löw was back home in Stockholm but wasn't watching the Ireland match live. However, his wife alerted him to the fact that something controversial had occurred during the match in Paris.

"I understood that this was the controversy. This was unfortunately what the film was going to lead up to," he said.

True to his word, a devastated Hansson did make contact. In the doc, a phone conversation in the aftermath between Hansson and Löw made the cut. But the latter told me about the most emotional part which was not broadcast.

"One part that I didn't use in the film was that he almost breaks down in tears," he said. 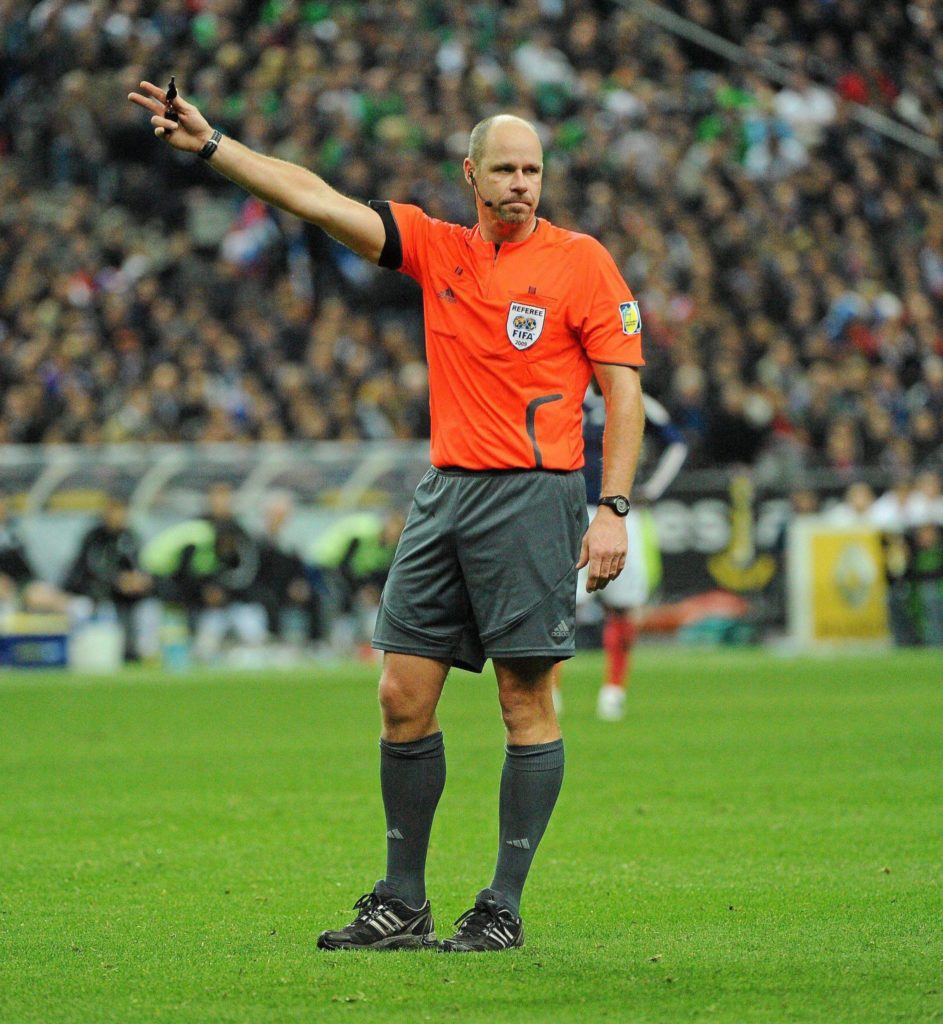 "Because he's so fond of Ireland and loves the Irish people. He said, 'It could have been any team in the world but why Ireland? My favourite country'.

"And I couldn't use that in the film because it would've been too biased to use that. But it was a very, very sad part because I knew that he always spoke so fondly about all the times he had spent in Ireland when he had been travelling there with his family and as a tourist.

"But like I said, I couldn't use that in the film, because it would've been a little strange in that context. I had to be very clear about how he felt and how FIFA had told him to be in the position he was and that he couldn't see the handball."

"When you look at the replays, the only obvious referee or assistant that should have made that call would've been the linesman that was on the side who should have seen the handball. Because it was his call. If Martin had been told by FIFA to be in that position, I think he didn't do anything wrong.

It was the assistant referee who missed the ball. And that's the reason why FIFA picked [Hansson] for the World Cup."

Indeed, Hansson and the other linesman Stefan Wittberg who politely declined to speak to Off The Ball when I contacted him recently about that fateful day, both made the 2010 World Cup officials list.

However, Hansson was restricted to a fourth official role. 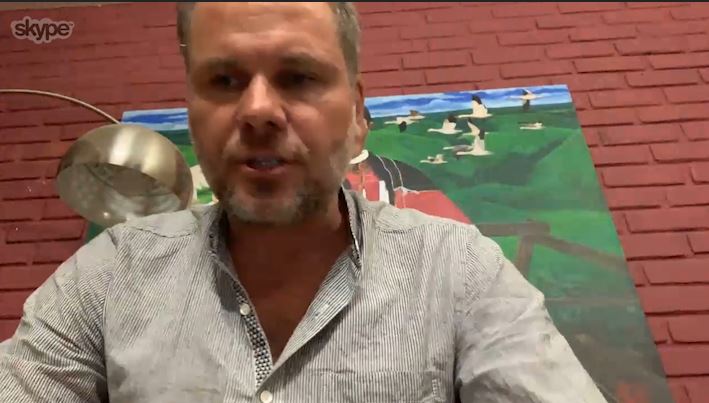 "From that night in Paris, I think it was a downhill slope for him," said Löw of Hansson.

"Because after the World Cup where he didn't ref any games and was a fourth referee for four or five games, he ended up just being a referee in the Swedish league and then slowly faded away.  He went back and worked as a firefighter again in the same city he worked before.

I think inside himself, he knew that mistake was too decisive to just brush over. And I think he felt inside that was the end of his international career."

"He was quite disappointed with me"

Löw and Hansson haven't kept in touch since the documentary release in 2010. But they have bumped into each other a couple of times.

"I think he was quite disappointed with me [for] focusing the documentary very much on this night in Paris," the director told me.

"But I told him beforehand that if something happens, there will be a large part of that to focus on in the documentary.

Because the structure of the film will obviously run towards that. So we were very clear that he needed to make no controversy if we were going to avoid that and focus just on the social aspect [of refereeing]."

Alas, for Ireland and Hansson that controversy wasn't avoided.

You can watch the full interview with Mattias Löw above via our YouTube channel. It is part of our 10-year anniversary look-back at the Thierry Henry handball incident