The Department of Health has announced the deaths of 17 more COVID-19 patients, bringing the tota...

The Department of Health has announced the deaths of 17 more COVID-19 patients, bringing the total in the Republic to 71.

Meanwhile, there have been 325 more confirmed cases in the past 24 hours – bringing the total to 3235.

Chief Medical Officer, Dr Tony Holohan said 52 of the new cases are men, while 19 are women.

He said more than eight in ten are over the age of 70 and two-thirds of them are in the east of the country.

Some 54 of them have underlying health conditions and 59 were diagnosed with the virus in hospital environments.

Tracing will also now focus on the 48 hours before a patient first shows symptoms of the virus.

Meanwhile, the HSE will be advised to take a number of measures aimed at strengthening the support offered to staff at long-term residential care facilities, including nursing homes, disability centres and mental health centres.

“The measures that we have recommended today should significantly enhance the preparedness and response to cases and outbreaks in nursing homes and other residential settings,” said Dr Holohan.

“As we have said from the beginning our efforts must be focused on protecting the most vulnerable to COVID-19 and these recommendations announced today seek to achieve this.”

Thirteen men and four women were among those who sadly died overnight.

The average age of the dead was 84-years-old and eight of them had underlying health conditions.

BREAKING: another 17 patients have sadly died, while 325 new #COVID19 cases have been confirmed today. It brings the death toll here to 71 and the number of confirmed cases to 3235

Meanwhile, Dr Cillian De Gascun Chair of the Coronavirus Expert Advisory Group said a total of 30,213 COVID-19 cases have now been carried out in the Republic.

The percentage of positive cases has jumped from 6% last week to 15% this week, after the HSE said patients would need to be displaying two major symptoms of the virus before they could qualify for testing. 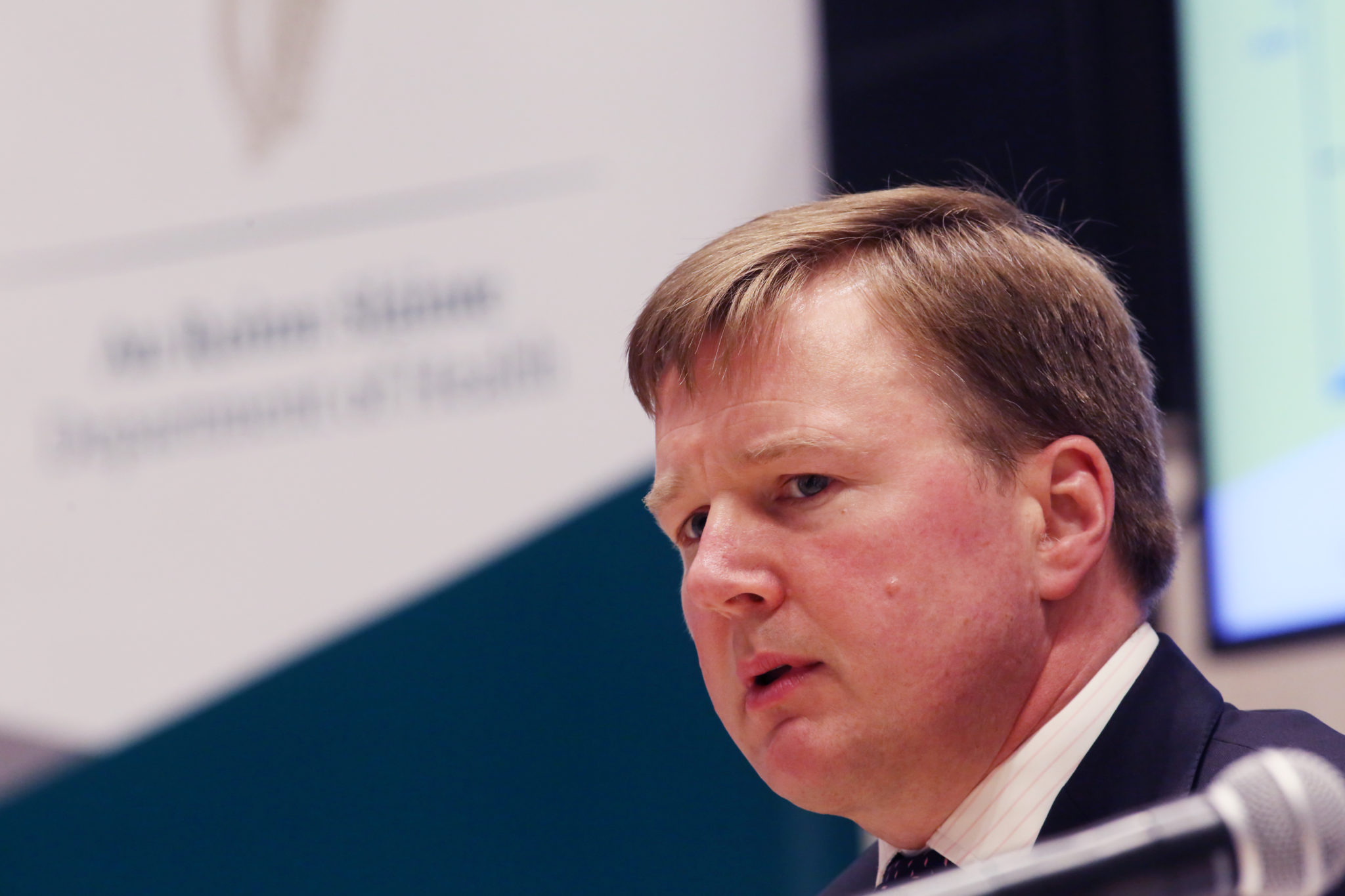 He said testing is now focused on hospitalised patients, healthcare workers and others in vulnerable groups.

"So, unfortunately there will be an awful lot of people in the community who will have been waiting maybe seven to 10 days for a result," he said.

"That was obviously unanticipated and is unfortunate but it does not really change of plan of ramping up testing over the coming weeks to achieve between 10,000 and 15,000 per day.

"The test is really being performed for a population benefit more so than the benefit of the individual, so people need to self-isolate if they are symptomatic for 14 days and we will get a result to them.

"Everyone that is in the system will be tested."

Through the opening period of the outbreak in Ireland, there was a higher percentage of men picking up the virus than women; however, that has now evened out at 49% each.

There are now 118 clusters, involving 494 cases around the country.

Just over one fifth of these are in private homes, with a fifth in nursing homes and just under a fifth in hospitals.

Of the patients that have tested positive, 703 people have been hospitalised with 113 people admitted to an intensive care unit.

Of the cases where the means of transmission is known, 55% were picked up in the community, 26% from contact with a known case and 23% from international travel.

Dublin still accounts for more than half of the cases in the country at 1,487 with Cork coming in second with 238.

In all, 99 coronavirus patients have now died on the island of Ireland, with 3821 confirmed cases.

The total includes 28 deaths and 586 cases in the North; however, Northern Irish officials have only carried out 5885 test to date - five times less than have been carried out in the Republic.

Earlier today, officials on both sides of the border agreed to sign a memorandum of understanding, formally agreeing to coordinate the response to the outbreak.